This shop has been compensated by Collective Bias, Inc. and its advertiser. As always all opinions are mine alone. #CraftAmazing #CollectiveBias 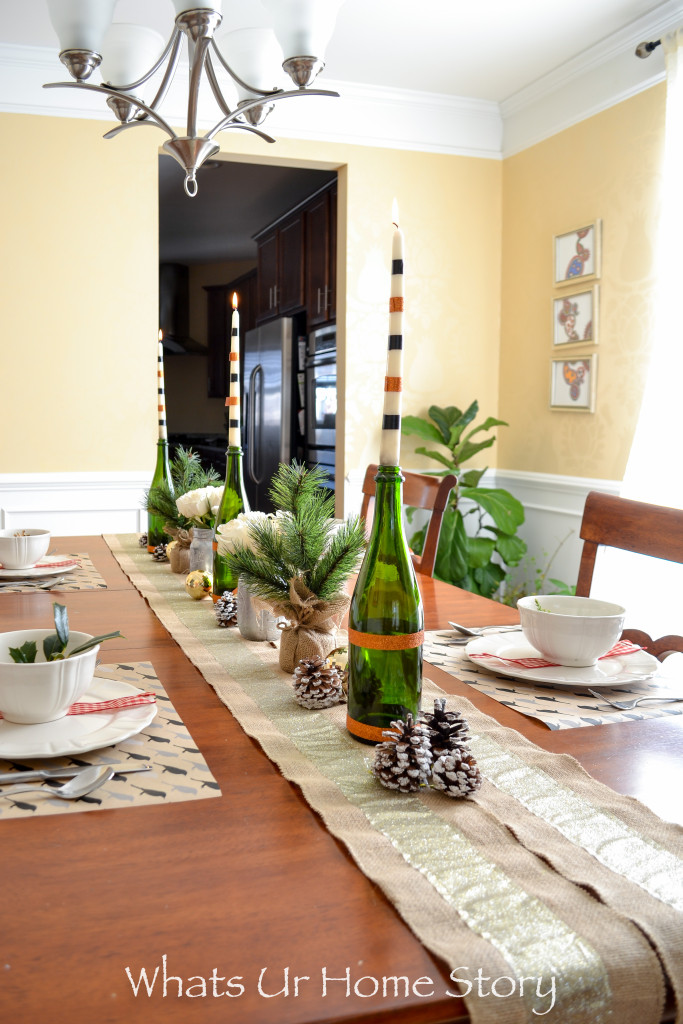 You know the best part of being a blogger, you get to start celebrating every holiday a little early! Usually I’m pretty bad about this part but this time around I’ve been trying my best to amp up my game. Remember the Christmas mantel? We hosted friends the day after Thanksgiving. As all of us had other plans on Thanksgiving day and had our fill of the usual holiday menu we decided to go with an international themed potluck. The fact that it was holiday party on Black Friday with a non holiday specific menu gave me the chance to debut my neutral holiday tablescape. 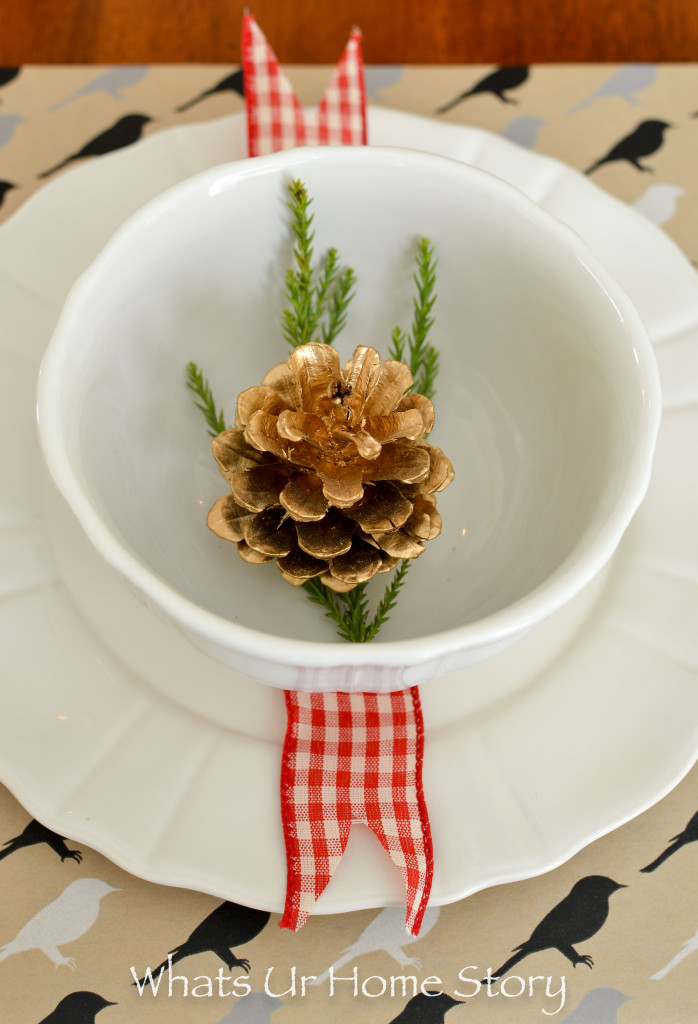 I’d normally use the red and green colors of Christmas as an excuse to go all out and deck the halls in my favorite color red but here I tried to keep it more restrained, neutral colors with pops of metallic (Did you notice the Scotch® Brand Glitter Orange tape accents?) and red in the form of gingham ribbon. 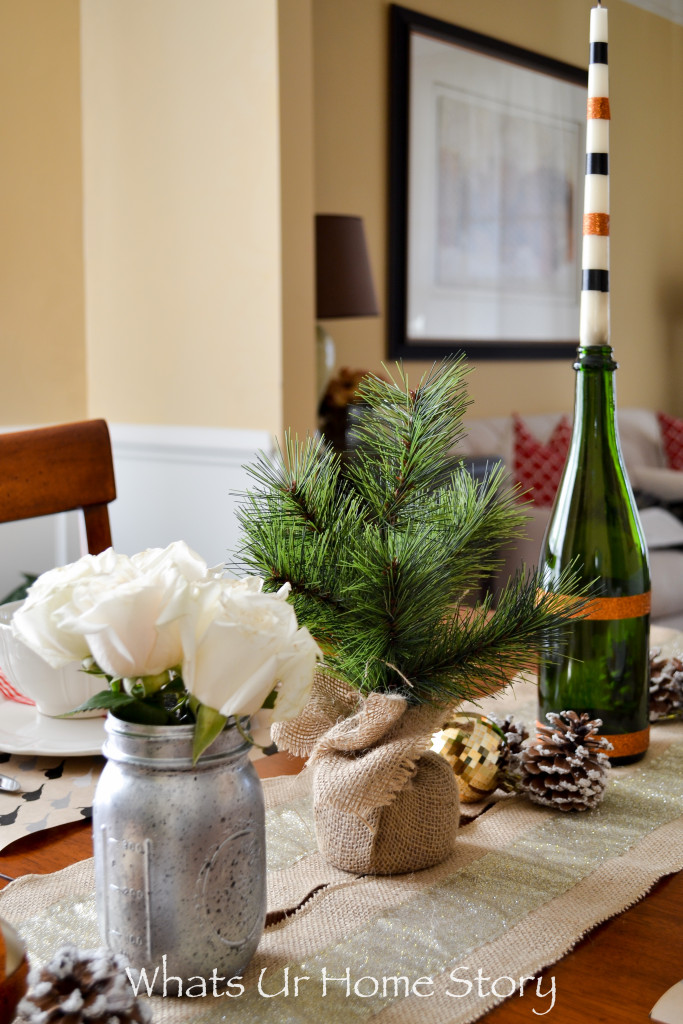 I got the idea to dress up the candleholders with Scotch® Expressions Glitter Tape when I came across them at the craft aisle at Walmart. 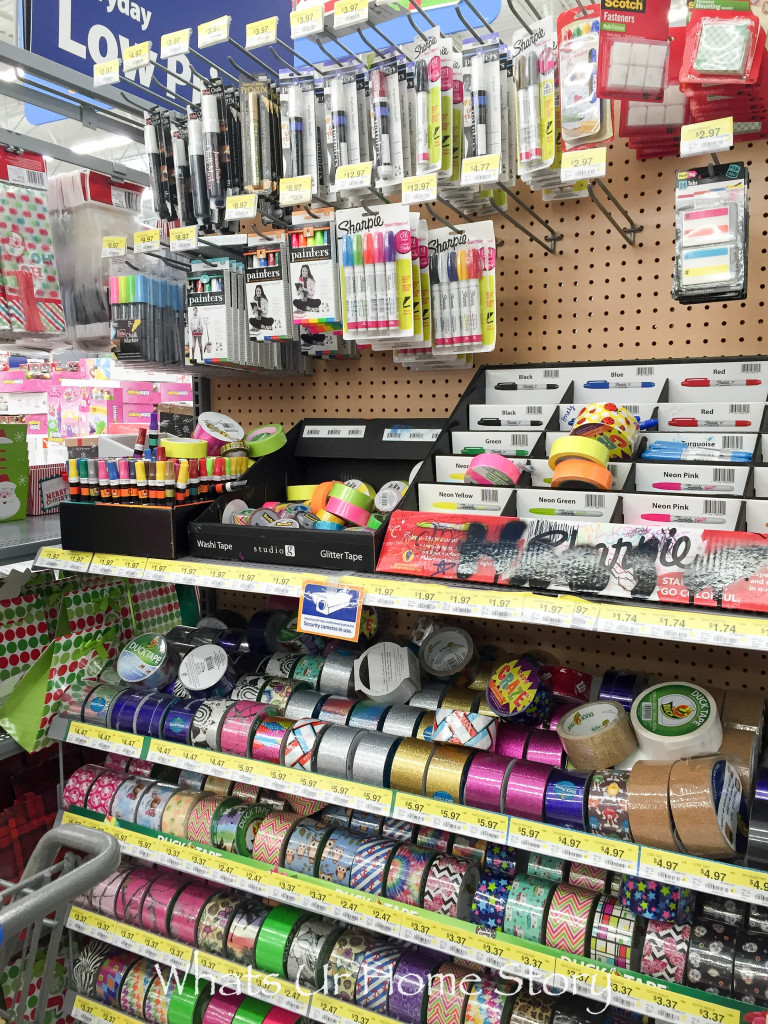 For the place settings, I mixed up the gold pine cone ornament (Yes that used to be an ornament!)

with a sprig of Holly. 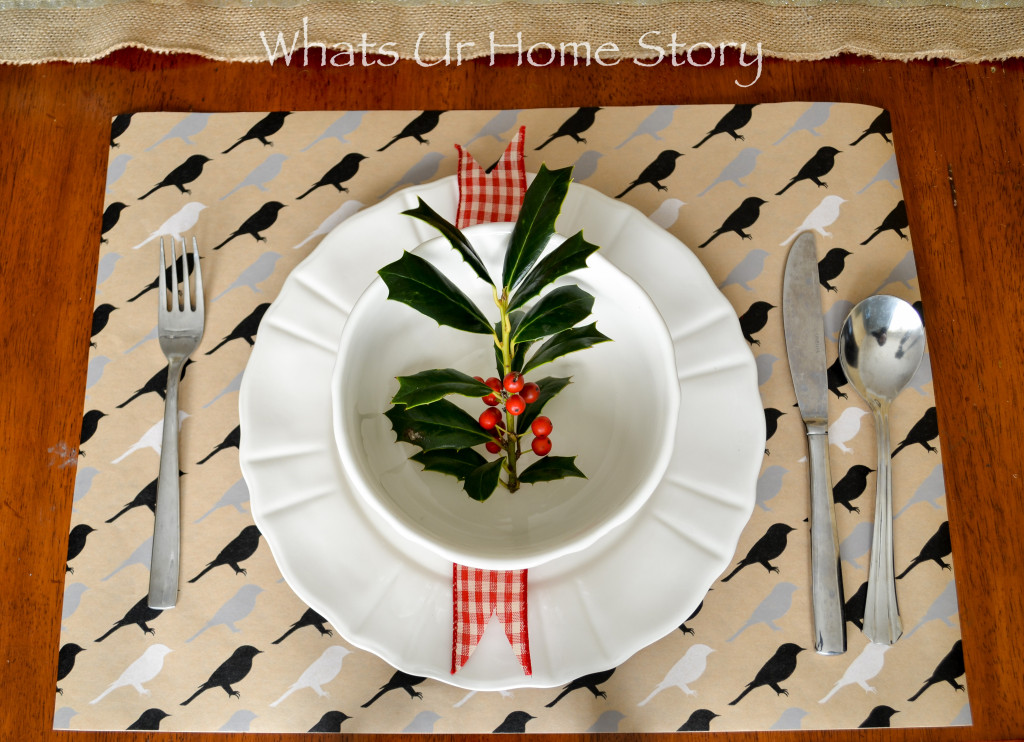 My favorite is the recycled wine bottle candle holders (technically these are sparkling apple cider bottles as we don’t drink alcohol) and the Scotch® Expressions Tapes candles (tutorial at the bottom of the post). 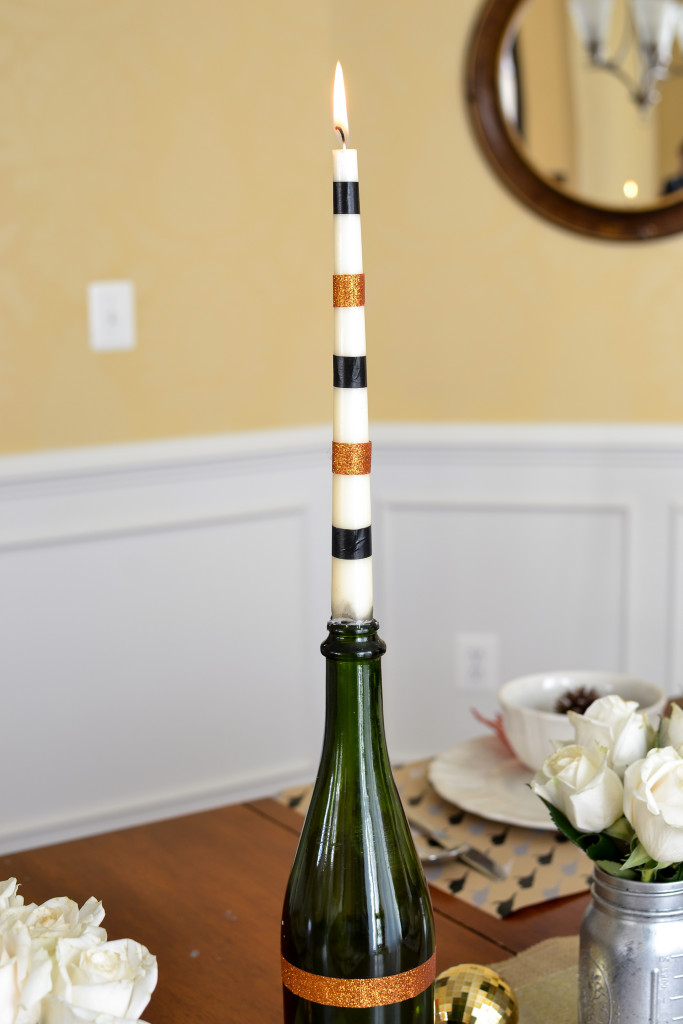 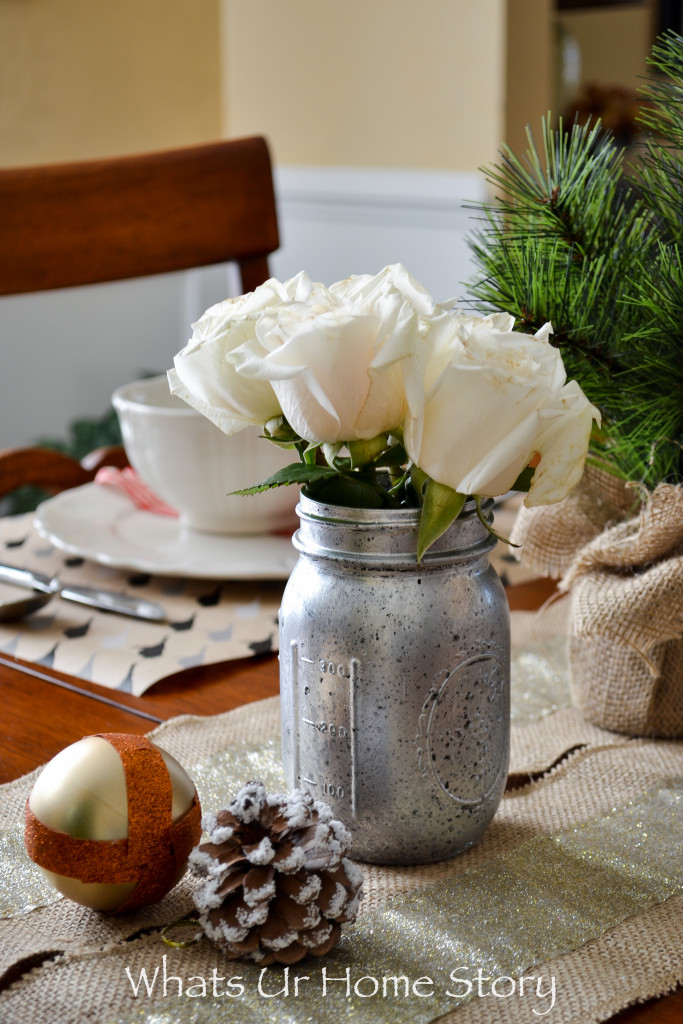 See what I did with that old ornament there? Add some orange glitter Scotch® Create washi tape around old ornaments and you have an instant update! 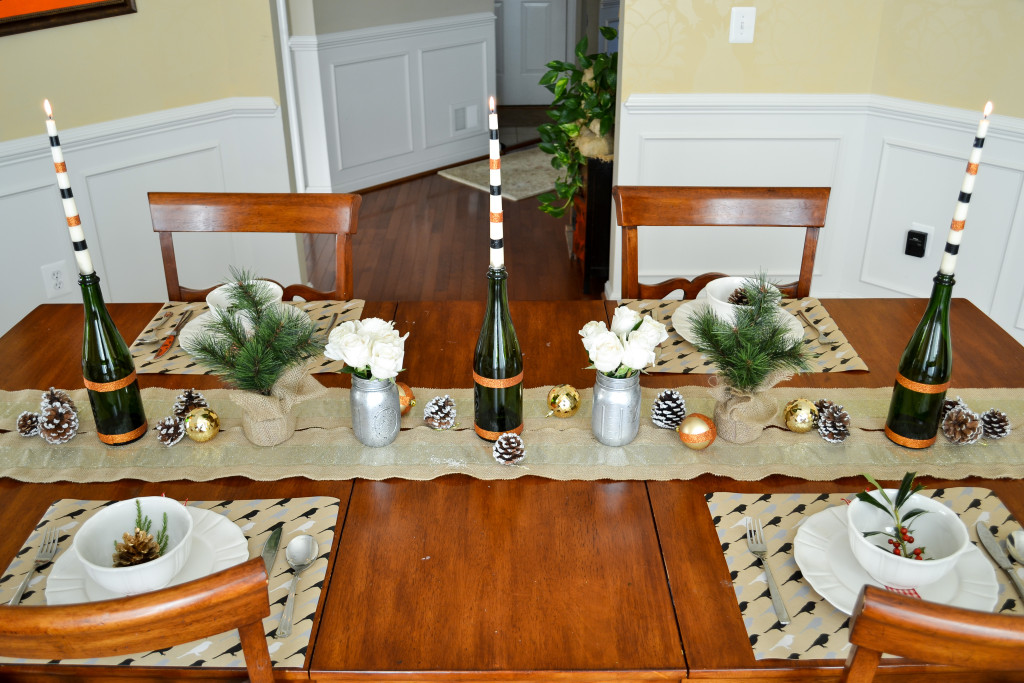 Oh, did I tell you the placemats are actually wrapping paper? 🙂 You all know I’ve thing for birds.  The runner is 2 rolls of burlap ribbon with a gold/silver ribbon in the center (also found at Walmart) placed next to each other. 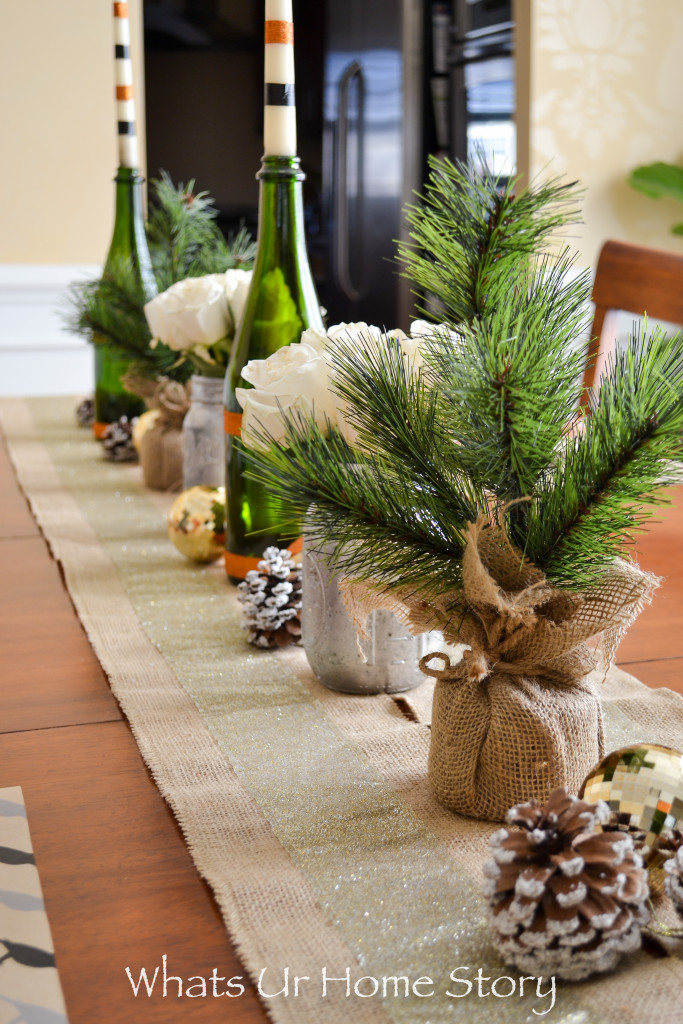 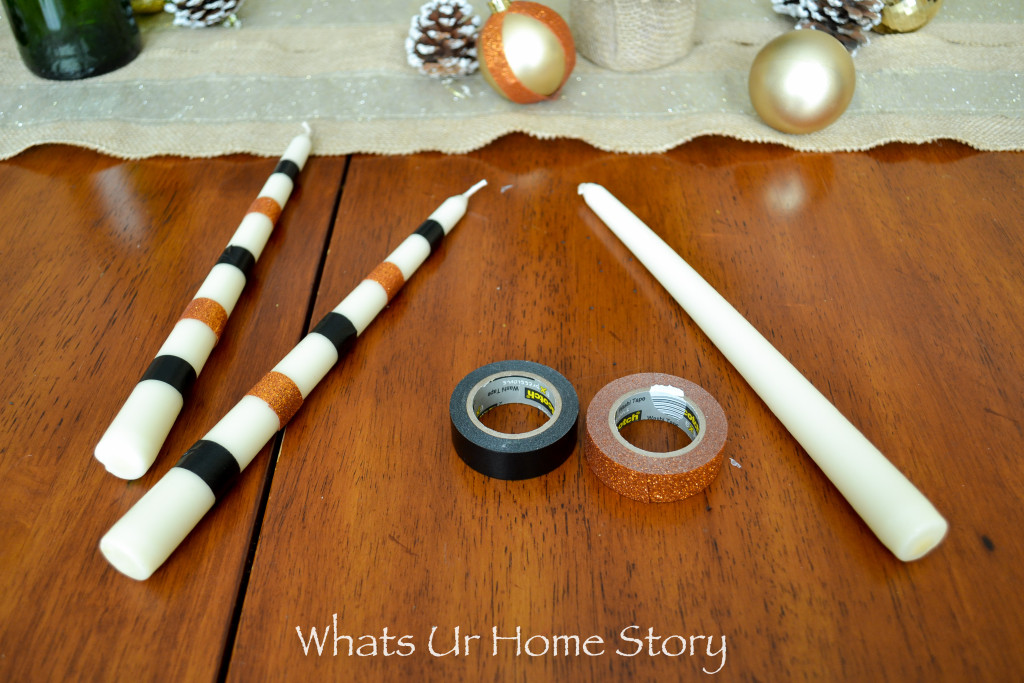 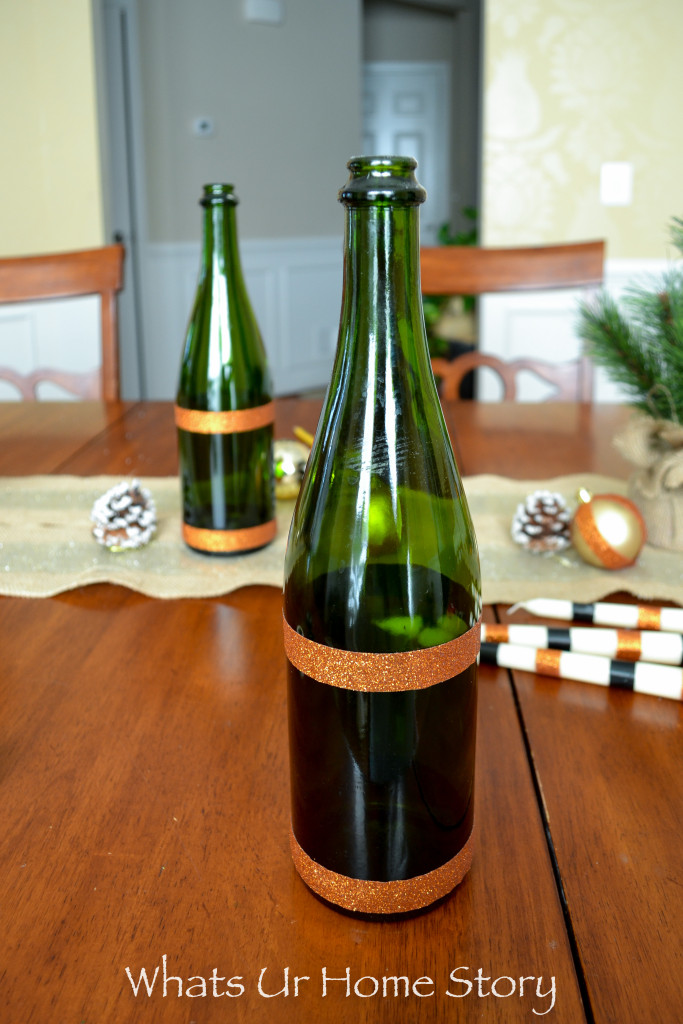 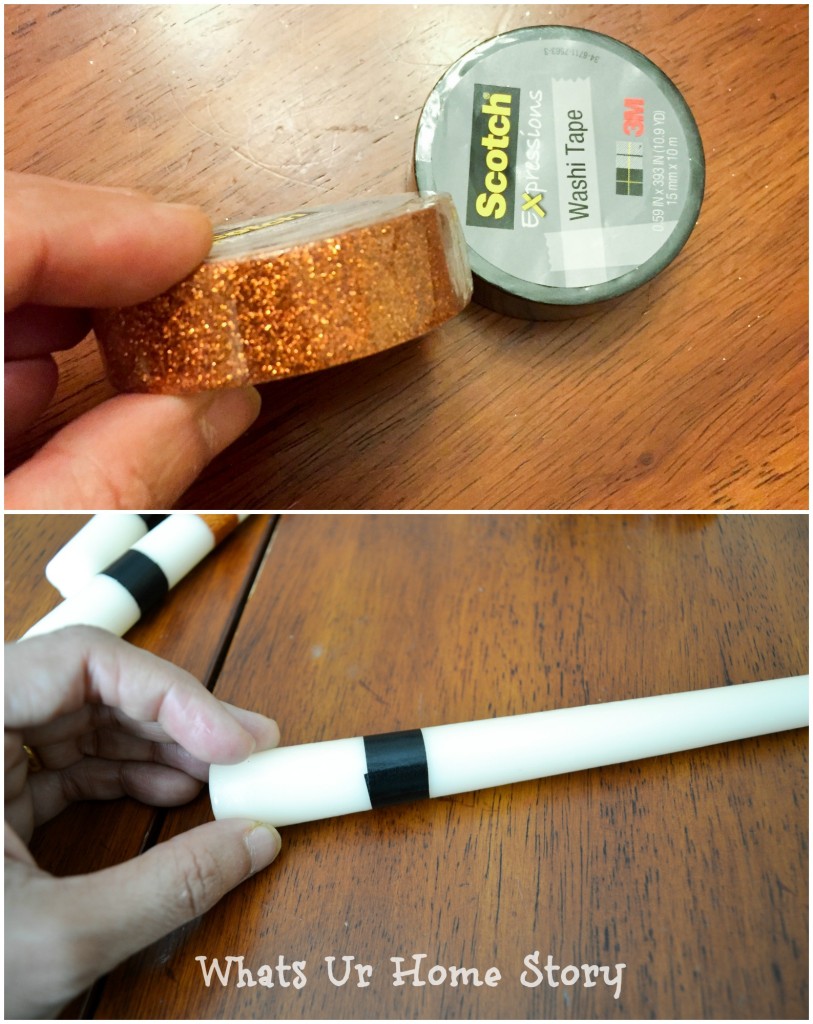 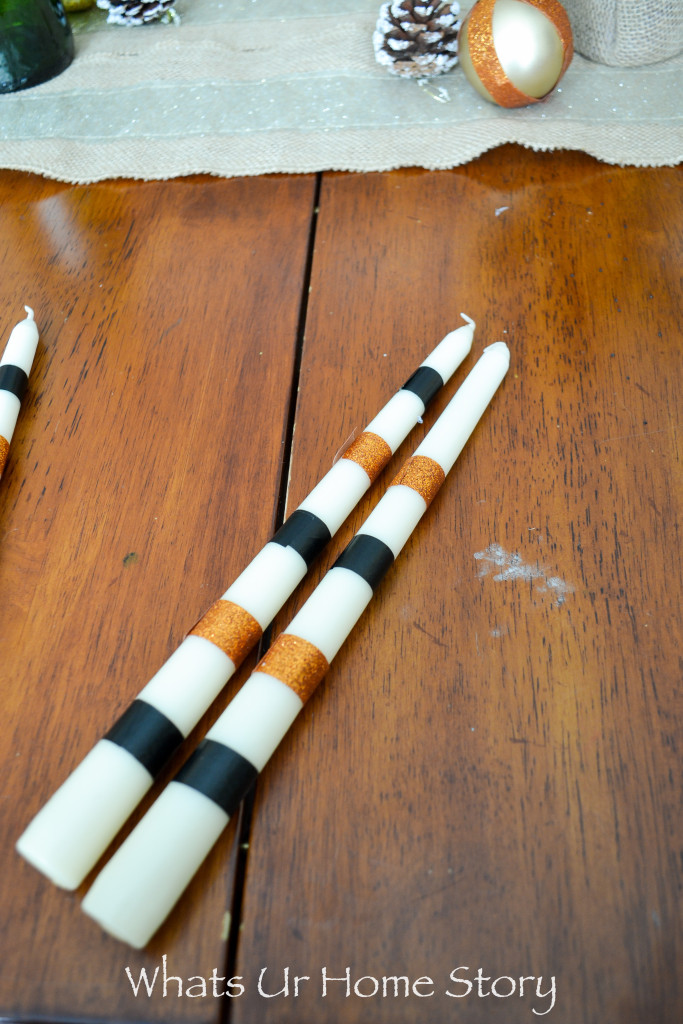 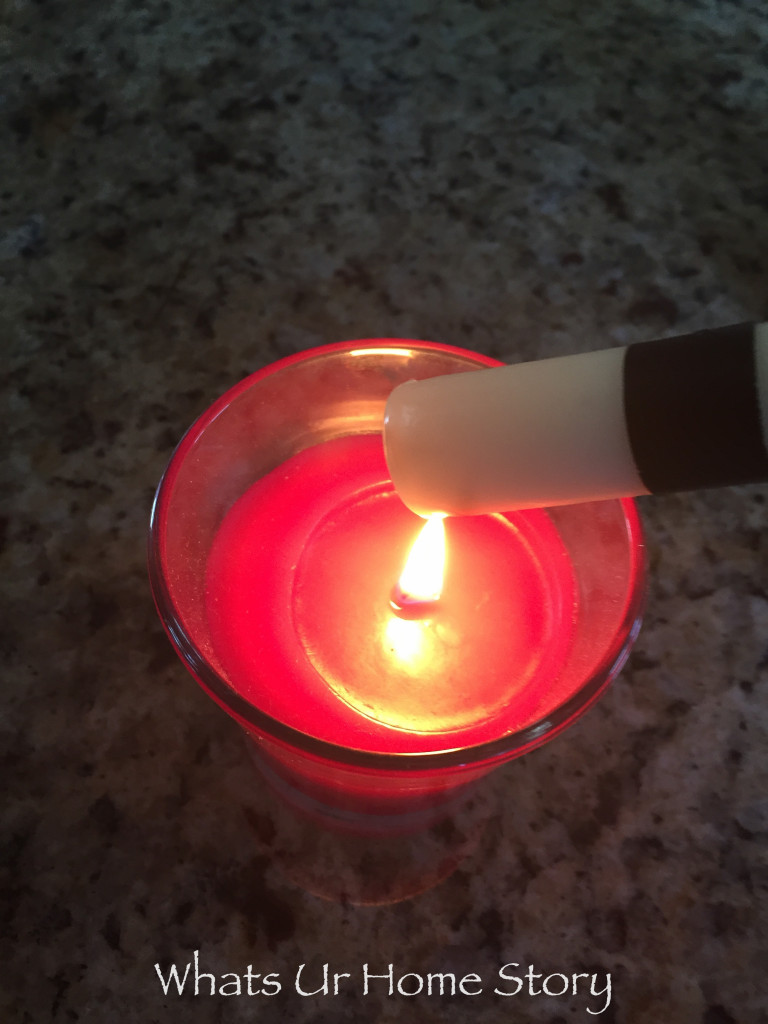 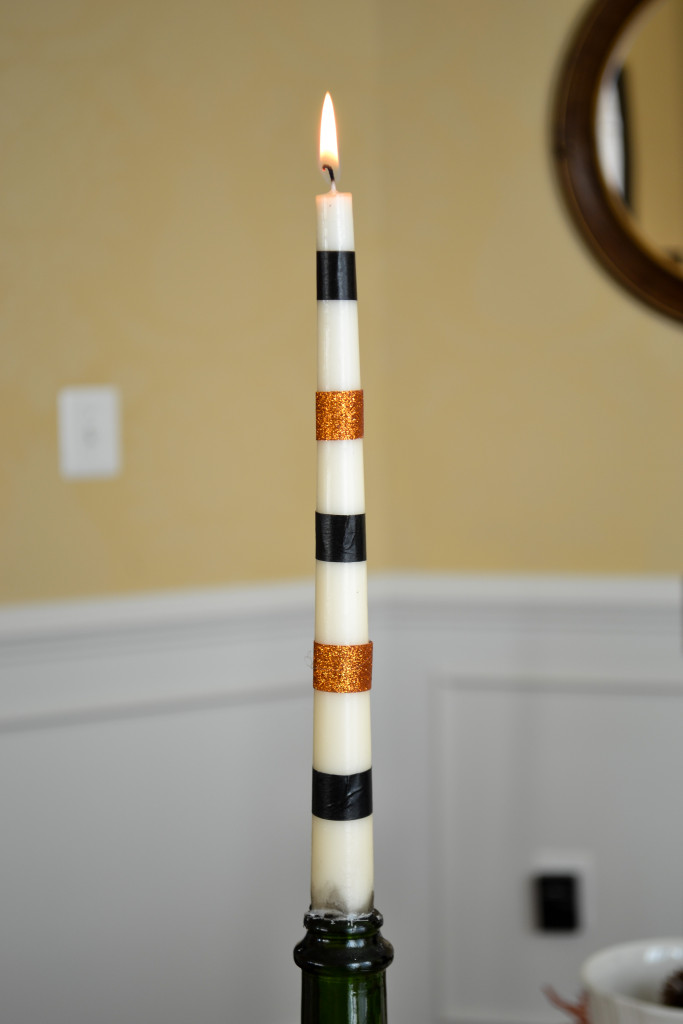 Have you crafted with Scotch® Expressions Tapes? Do check out the Scotch® Brand products website for more amazing craft ideas.