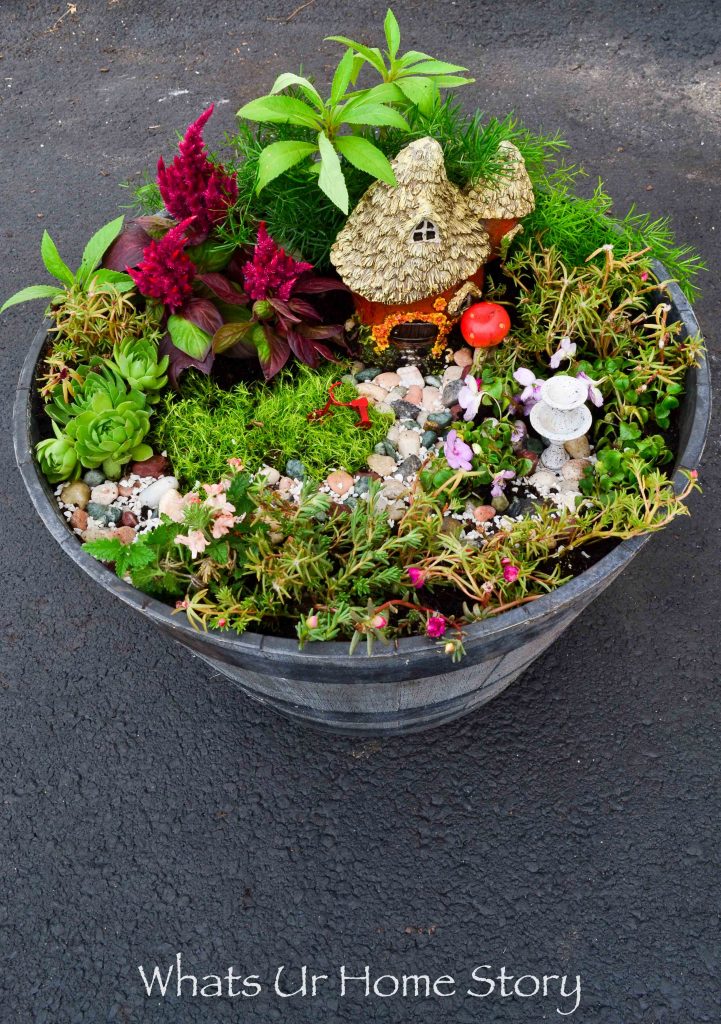 I’ve finally jumped on the fairy garden bandwagon! Though this project has been on my mind for the last 2 years I never got around to doing it.  As they say everything happens for good. This time around while I was getting ready to put this fairy garden together I got some unexpected help. Monkey # 2 jumped in on the idea and literally took it upon herself to pick out the accents and provide input on the design. 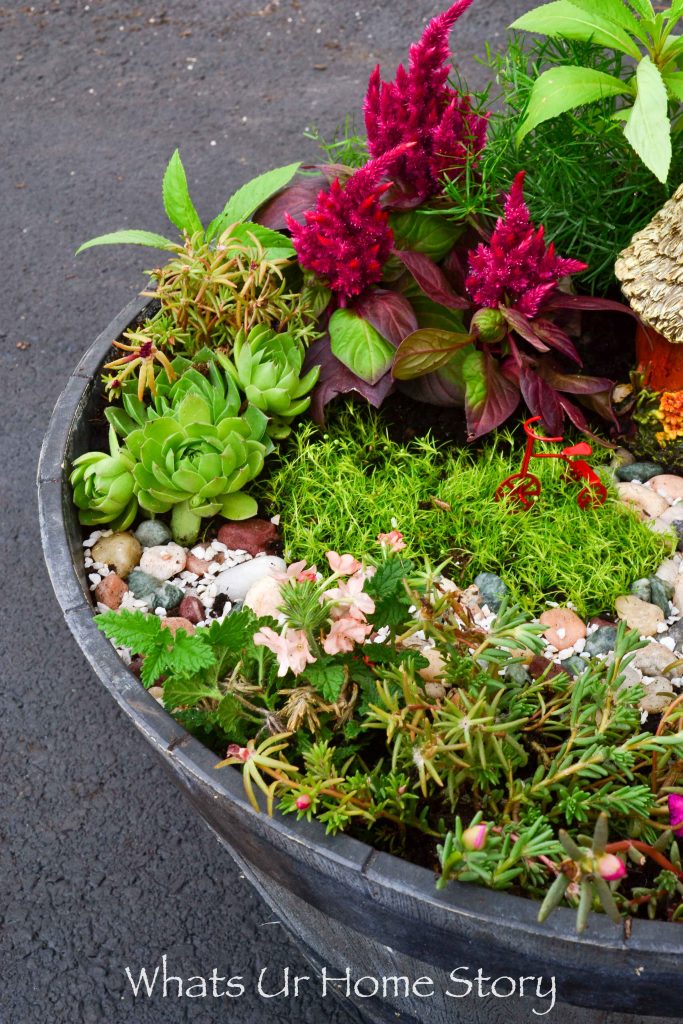 And it soon grew into a fun family activity for both of us. Neither of my kids are interested in gardening, so this was a refreshing change. 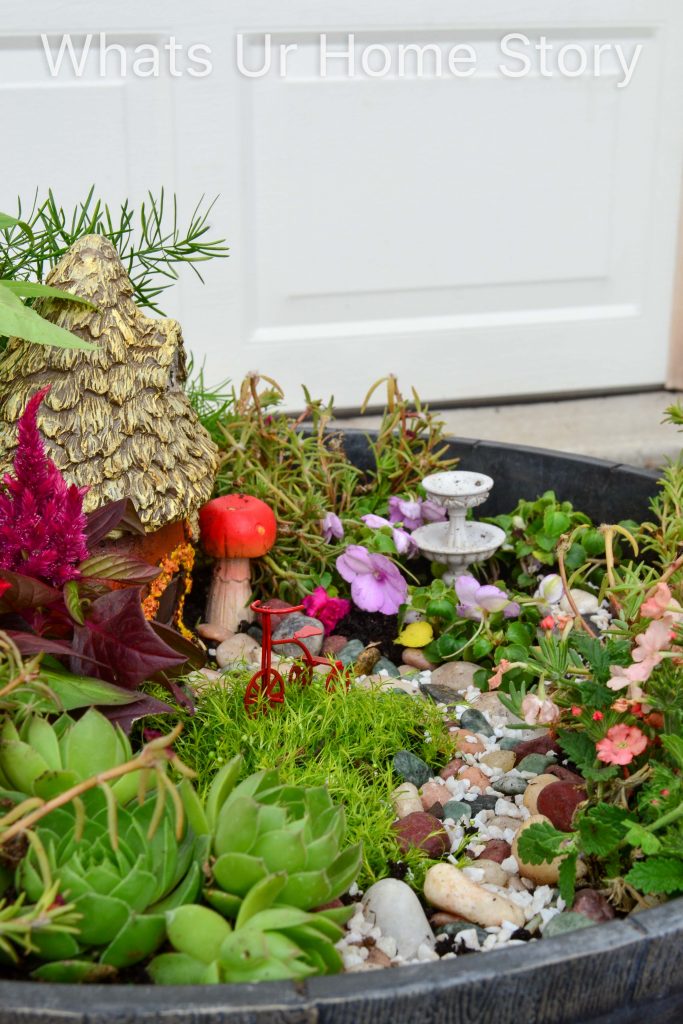 I think the idea of creating a miniature setting is what got her hooked. 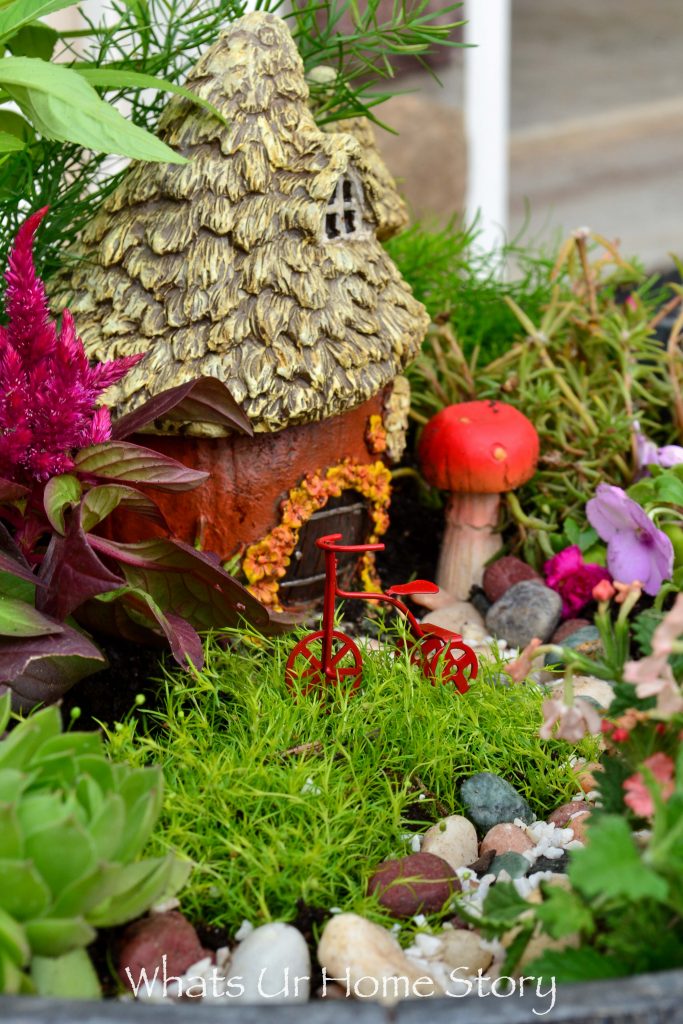 The setting up was pretty easy. We knew we would be using one of our old half wine barrel planters and shopped around for fairy garden accents that would fit in it. Then tried to imagine a setting for the accents and found plants that would fit the image. 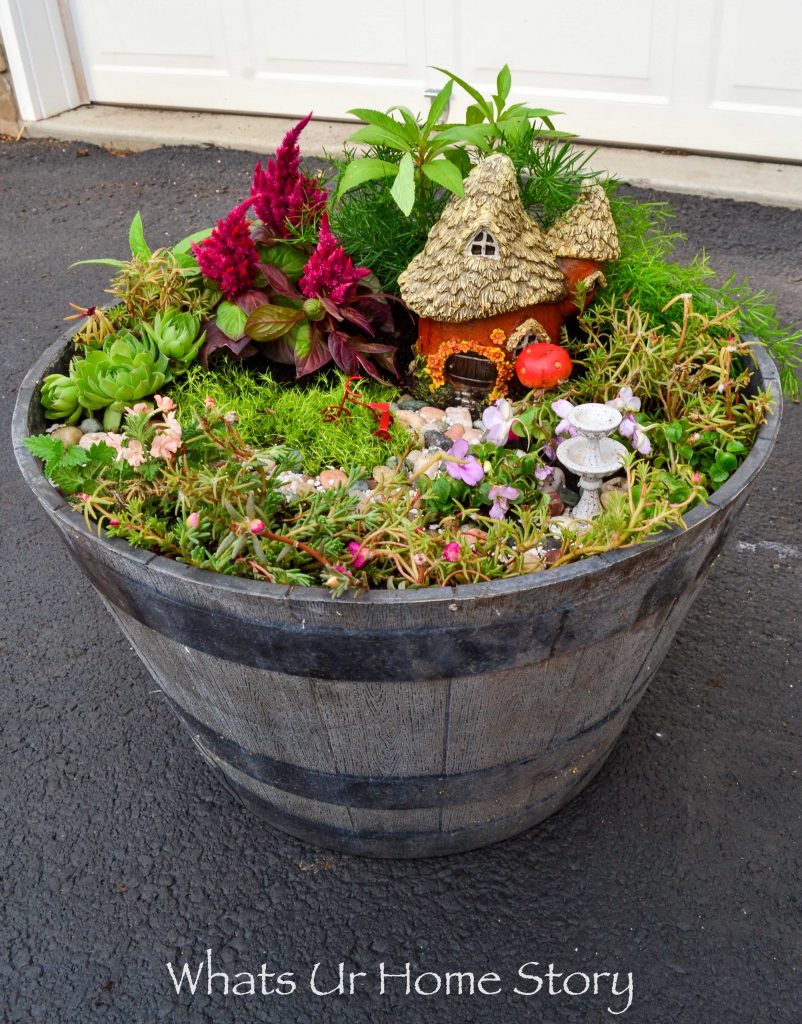 Yes, it does involve some planning ahead, which by no means is a guarantee that you’ll have to adjust your plans later on. I say this because it is hard to figure out the spacing between the plants. We ended up packing them more closely than we thought and had to pull out a few plants like the verbena and balsam from the yard and add to the garden to fill up empty space. 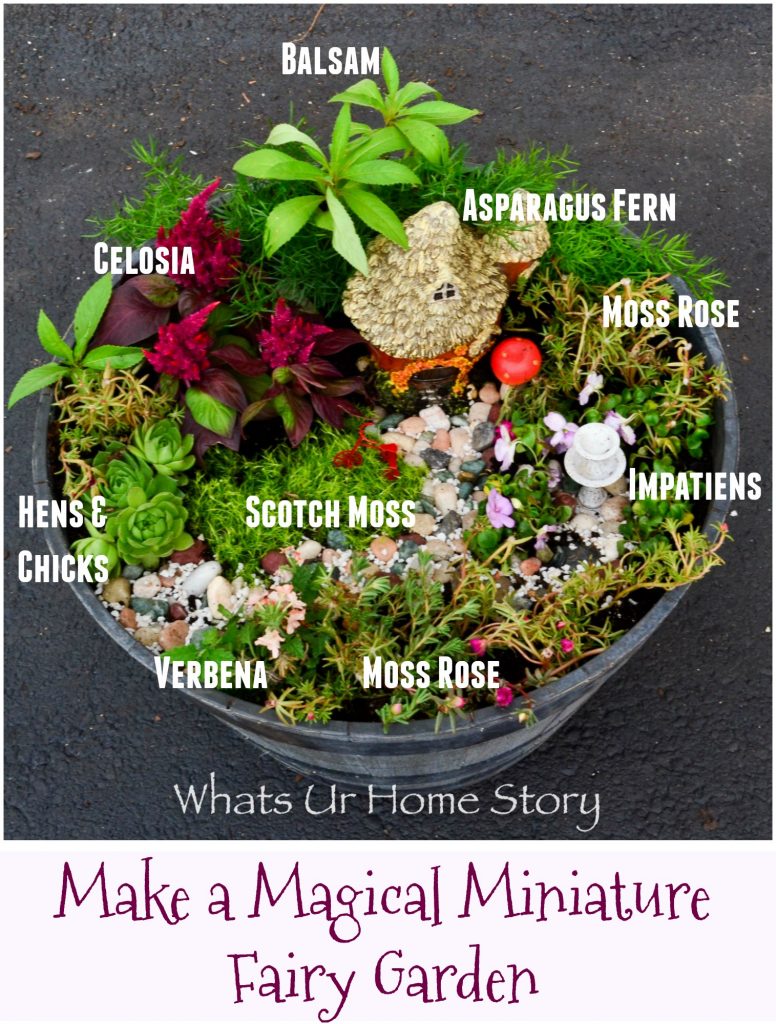 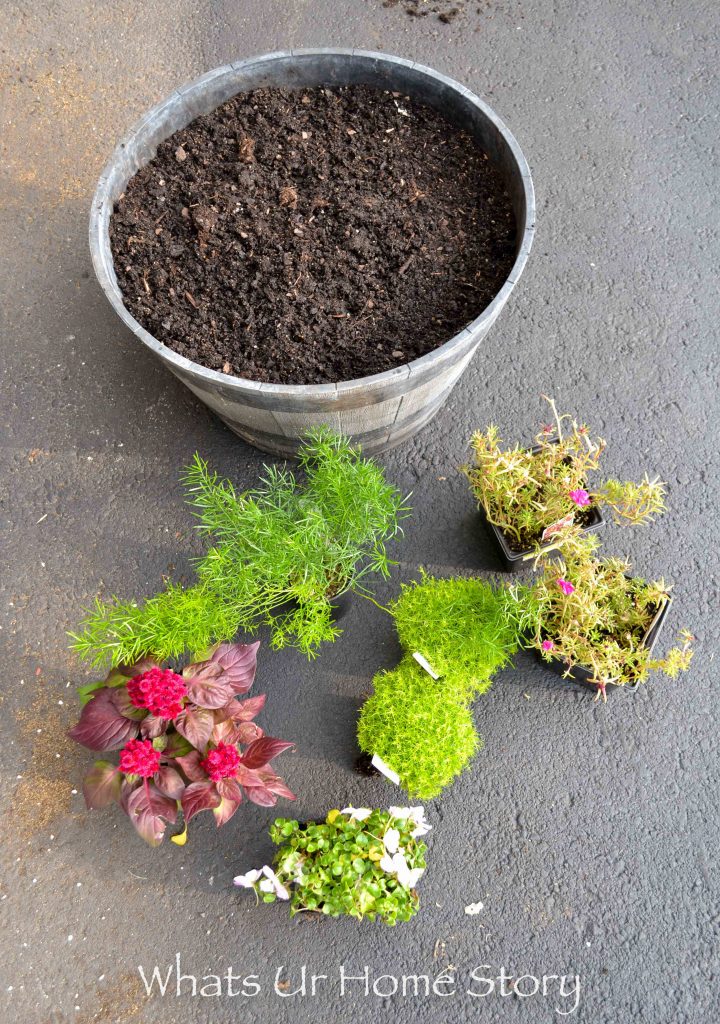 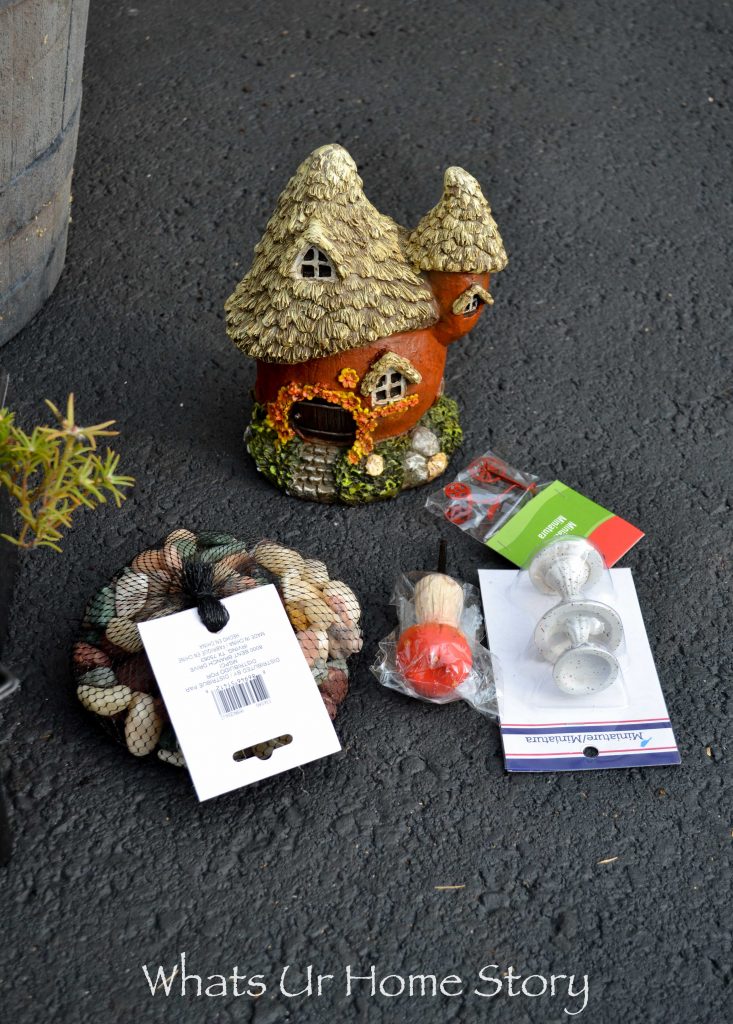 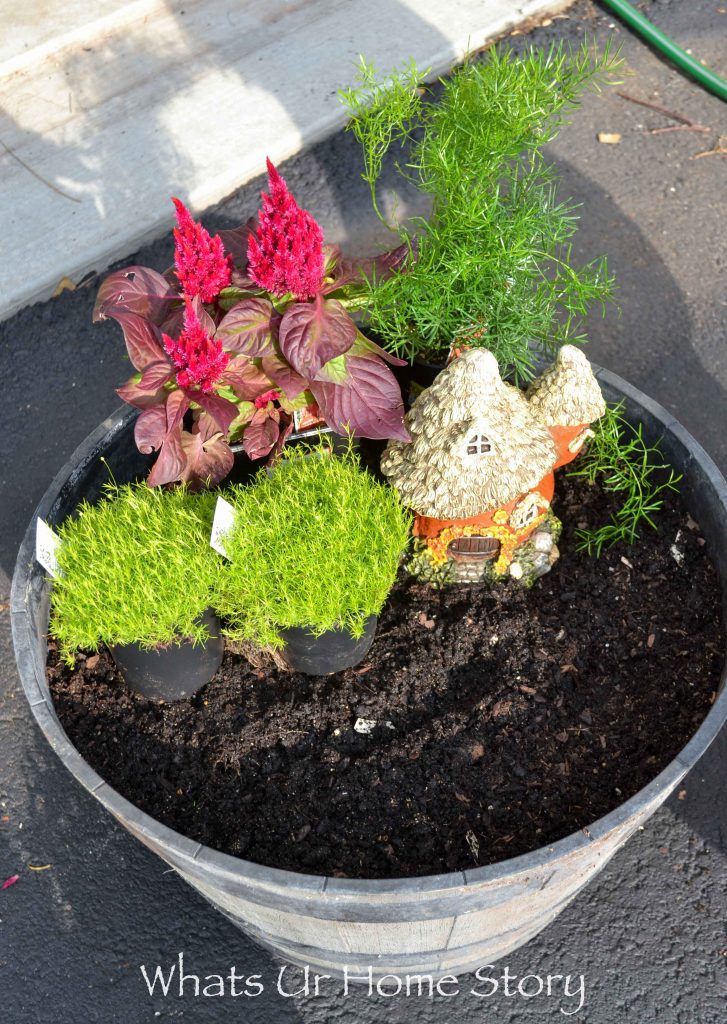 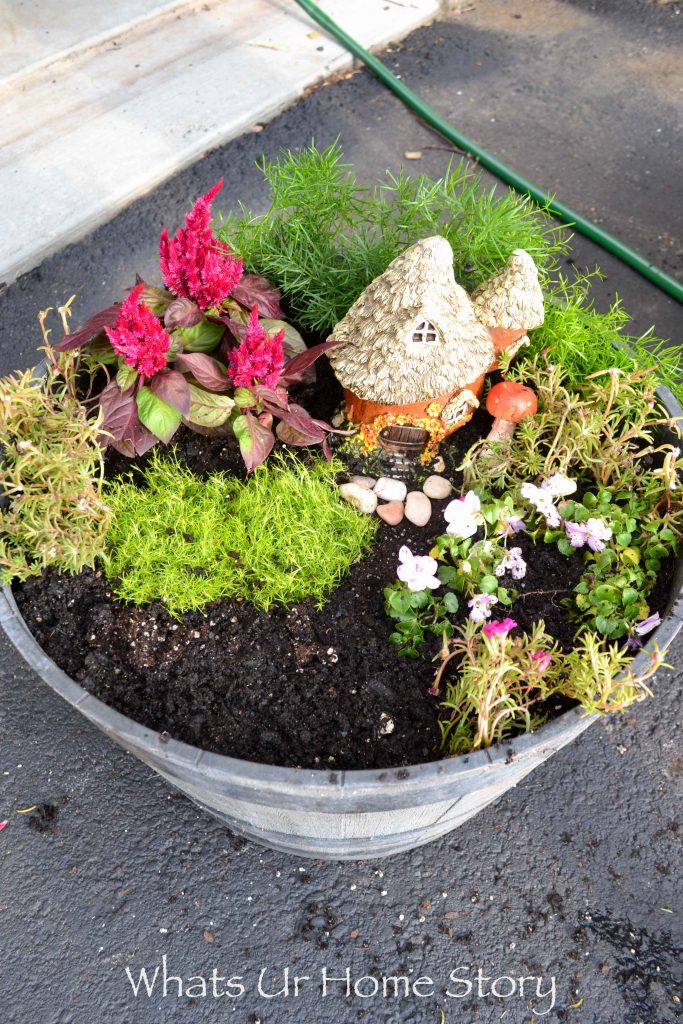 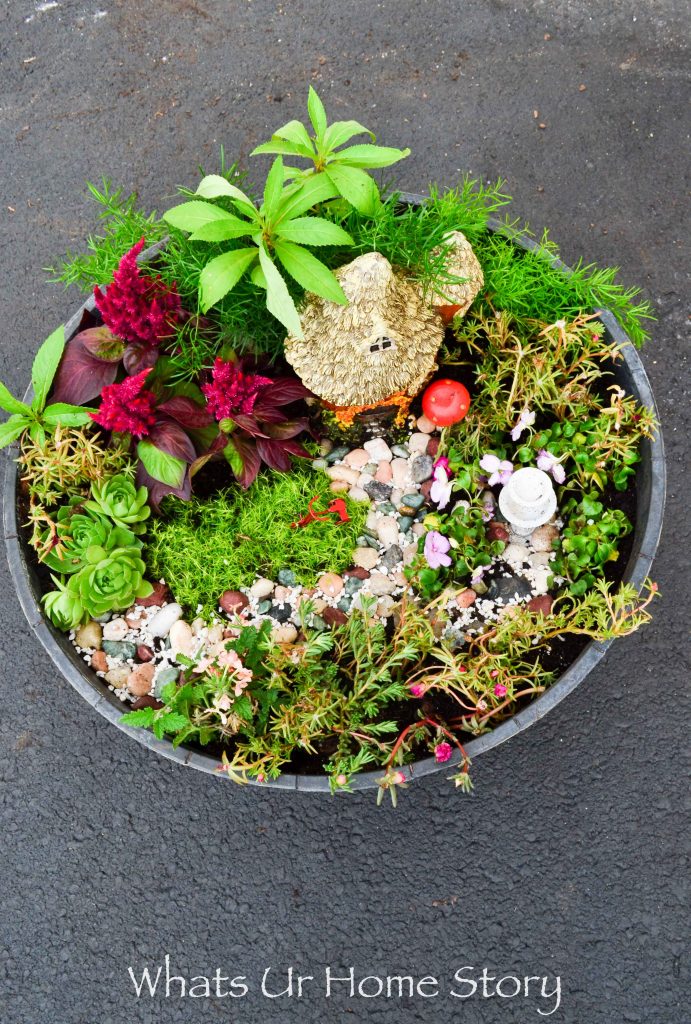 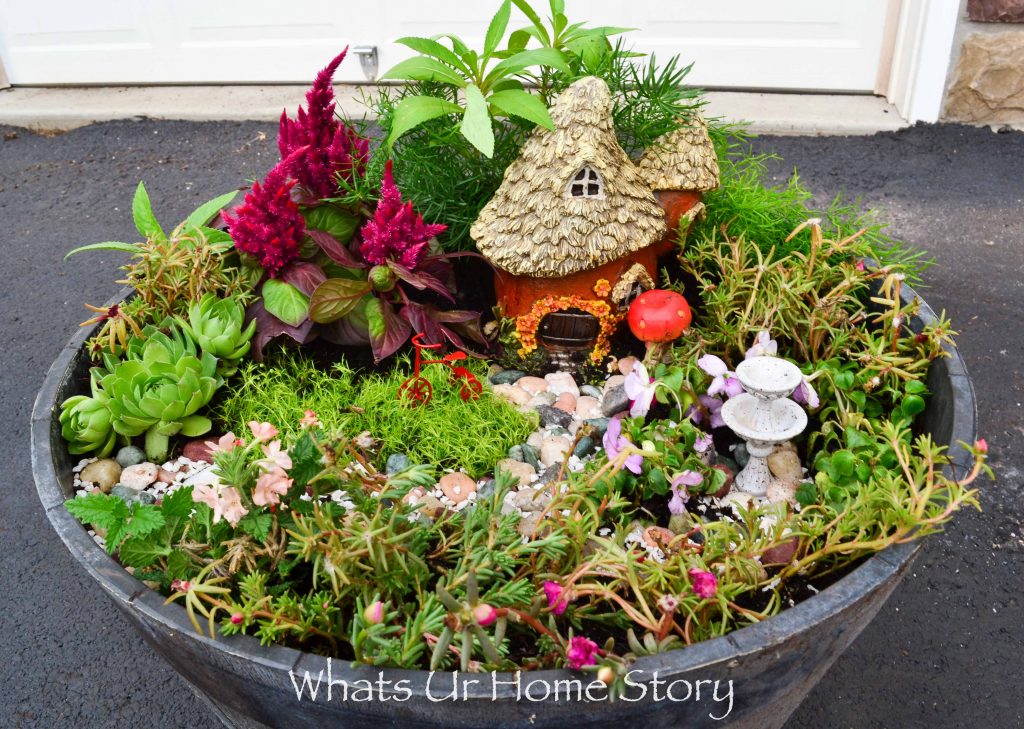 My favorite part in the fairy garden is that teeny tiny tricycle. Too cute! 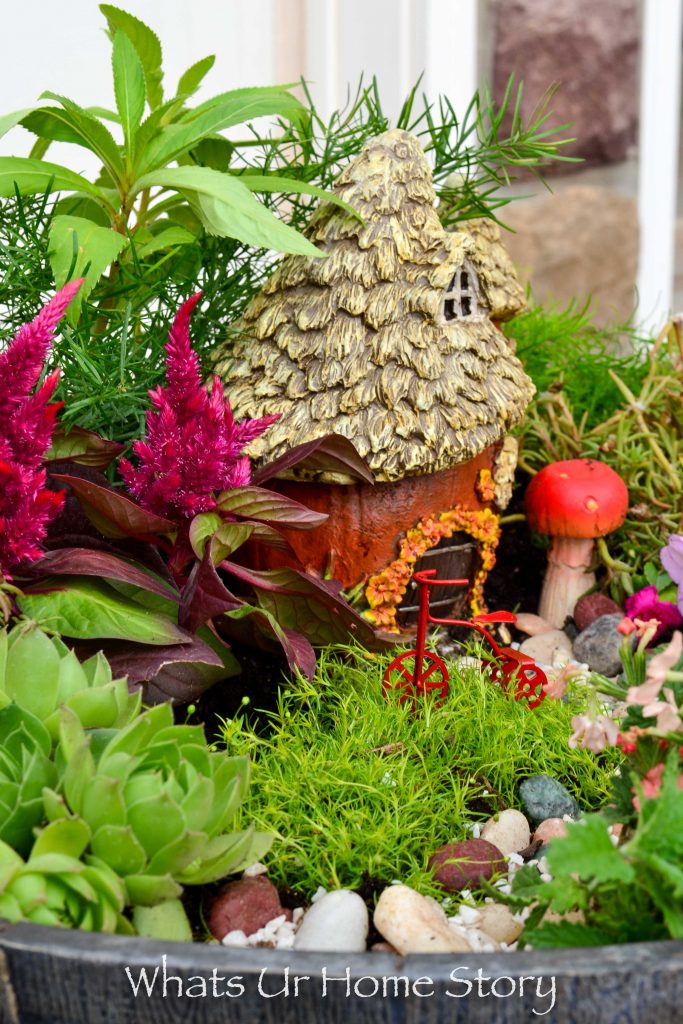 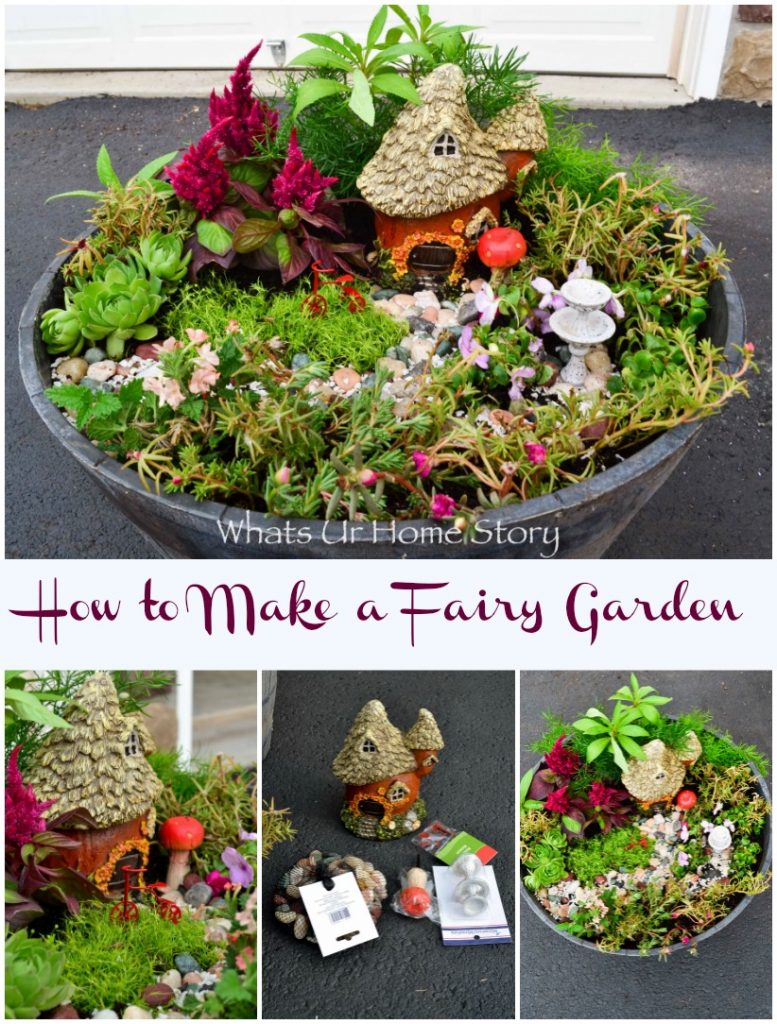 You might also want to check out these other miniature gardens;