Hola! We are slowly settling back to our new summer routines after a much needed 2 week vacation to England and Paris. The trip was both exhilarating and exhausting at the same time. The planning itself was so time consuming as there was so much to see and so little time. We loved both the places, especially the English countryside and of course Paris and want to go back to see more. One of our first visits in England was to the medieval Warwick Castle. 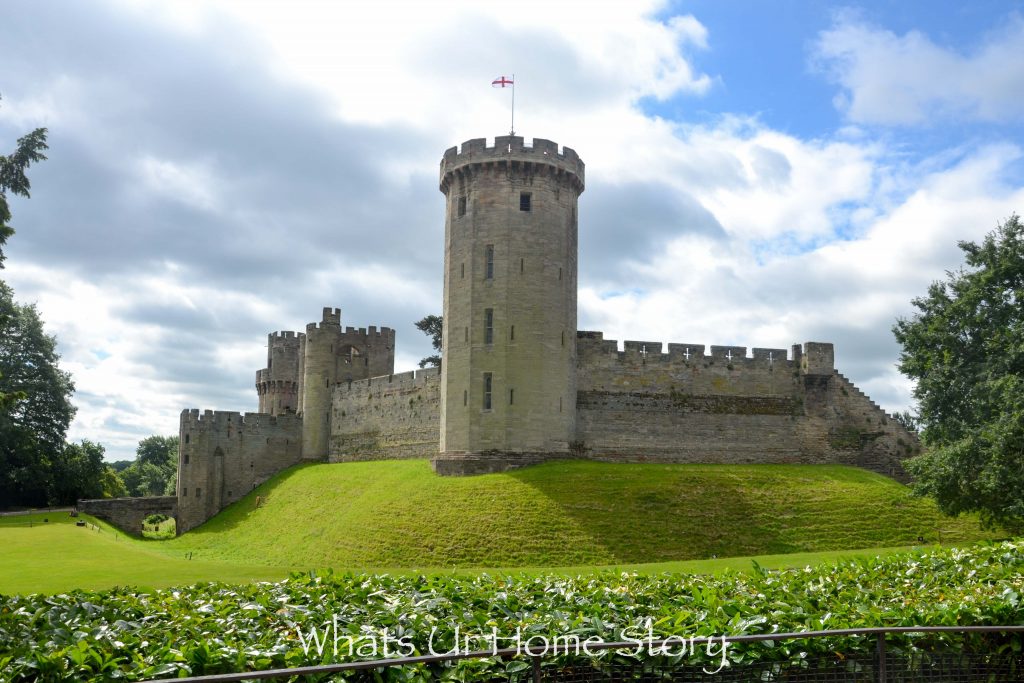 Originally built in 1068 by William the Conquerer in the wooden motte-and-bailey style it was rebuilt in stone in the 12th century. 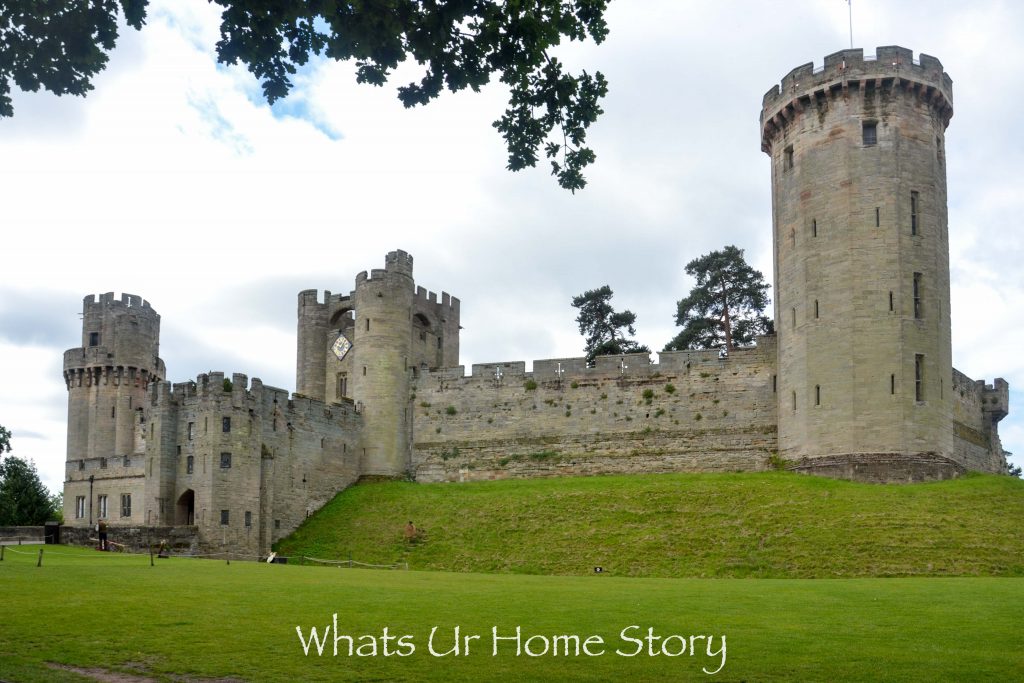 The castle’s facade is one of the most recognizable examples of military architecture.* 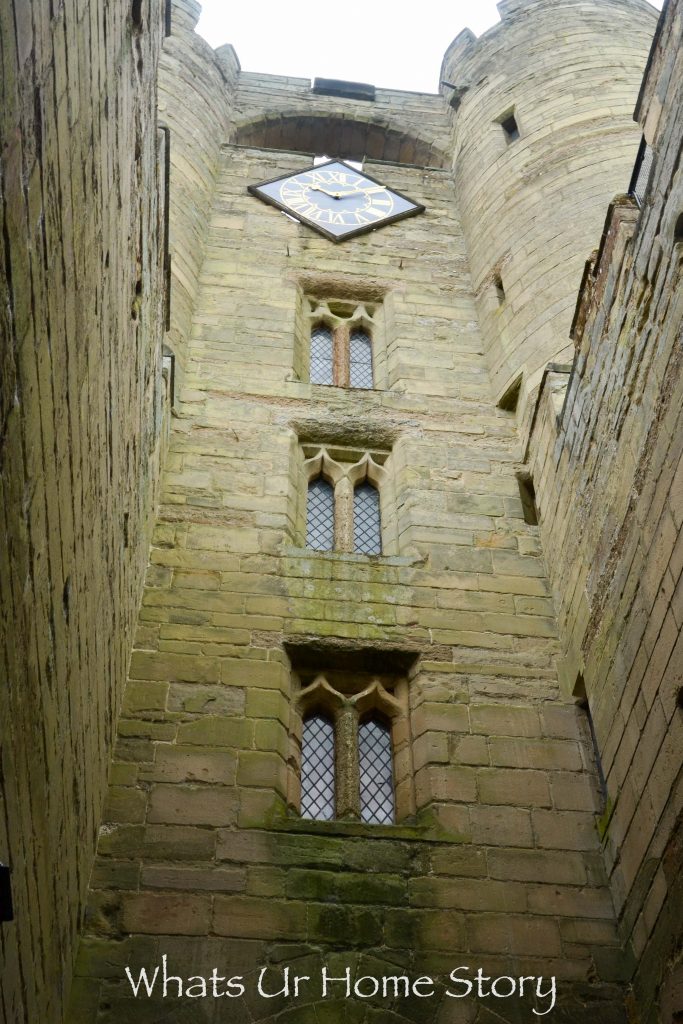 The armory collection at the castle is considered to be the second best in UK after the Tower of London. 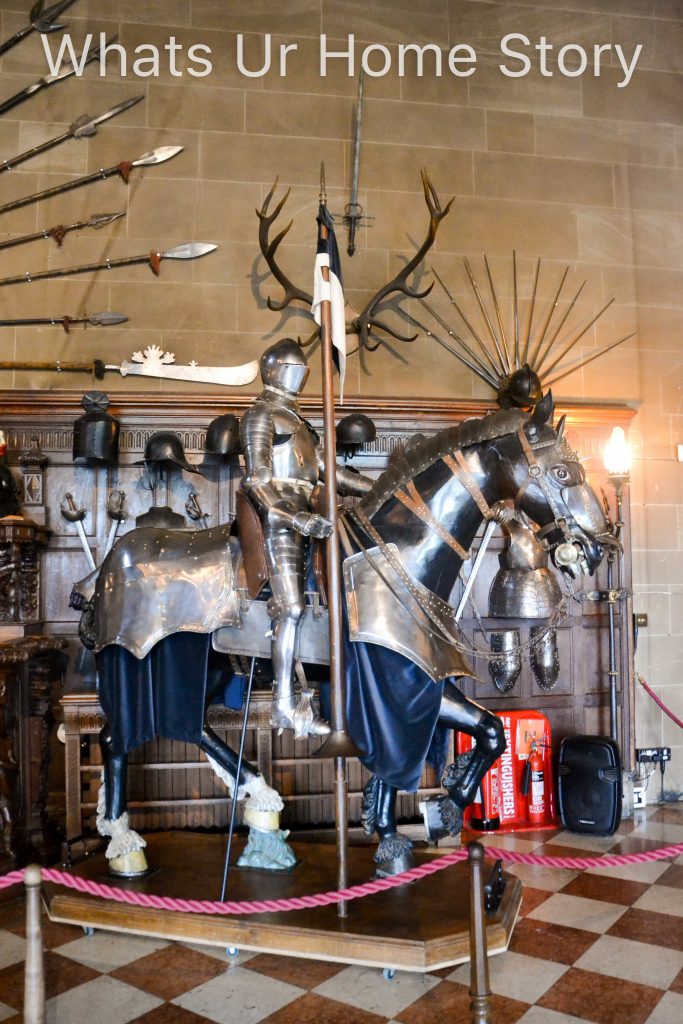 In the 17th century King James I gave the castle to Sir Fulke Greville, who converted it to a country house. 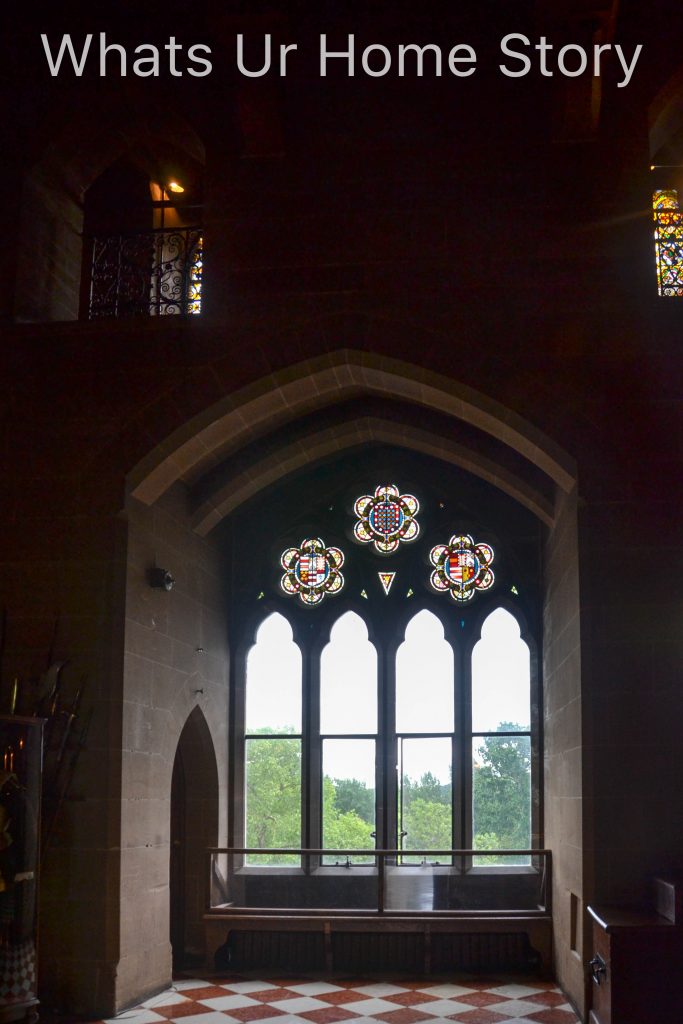 I think because of this the castle suffers an identity crisis. While the outside and some of the halls maintain the military architectural style many of the other rooms have been refurbished to reflect a more affluent style reminding you of palaces rather than castles. For example the drawing rooms at the Warwick castle feature ornate French style ceilings and opulent lacquer panelings. 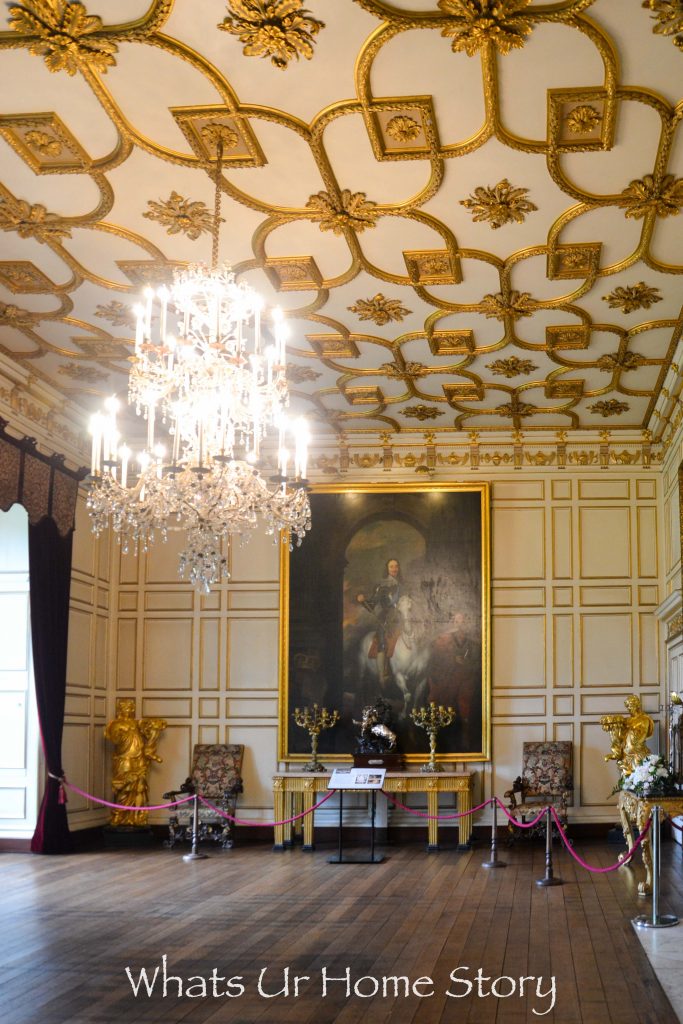 Don’t you love how the chandeliers look against the ceiling? 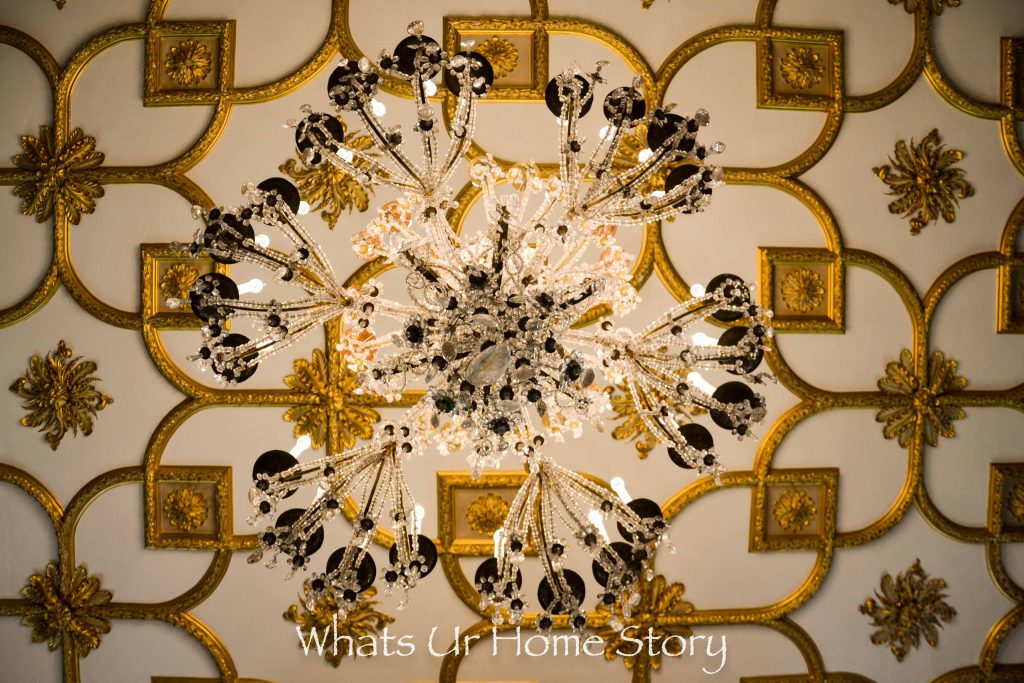 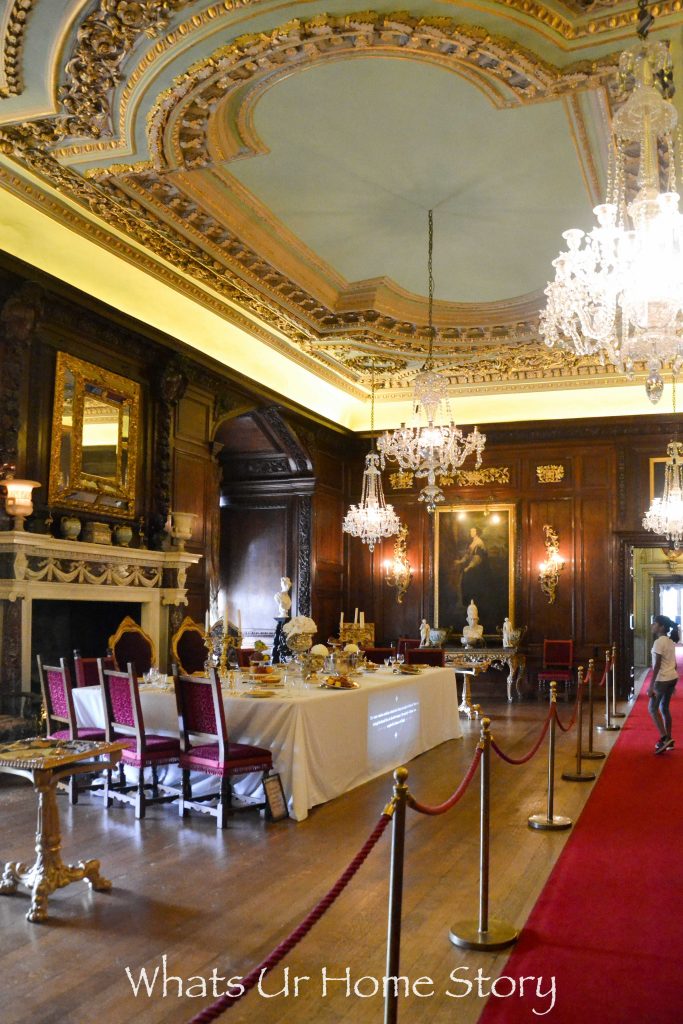 The coffered ceiling in the Green Drawing Room is made up of sunken panels each bearing its own individual decoration.** 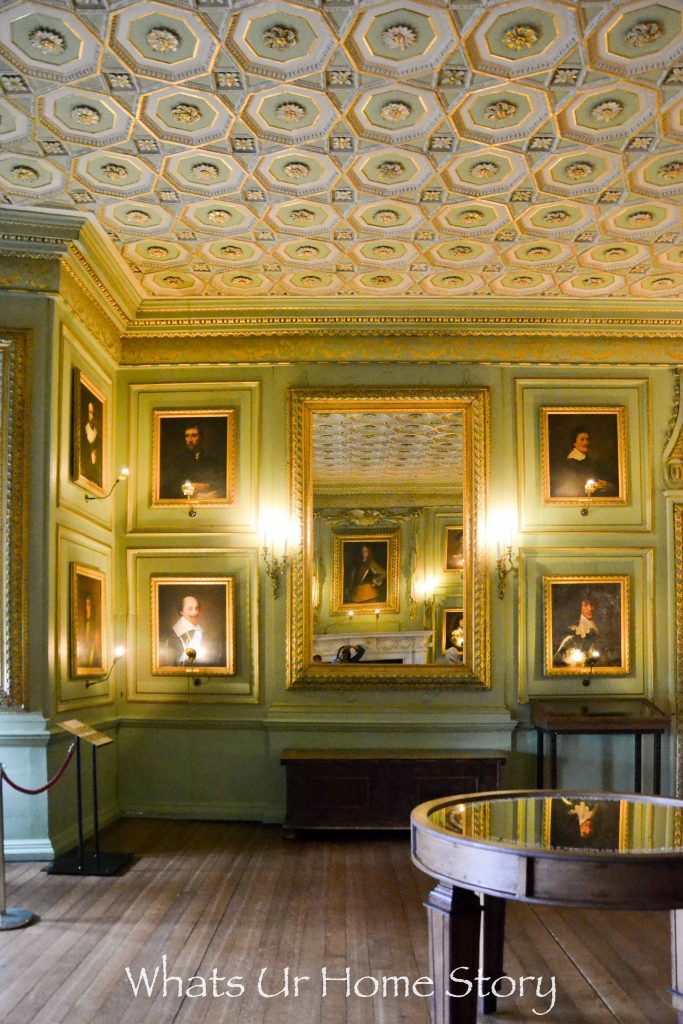 The walls in the Blue Boudoir are covered in beautiful light blue toile. On the left you can see a clock that was once owned by Marie Antoinette. 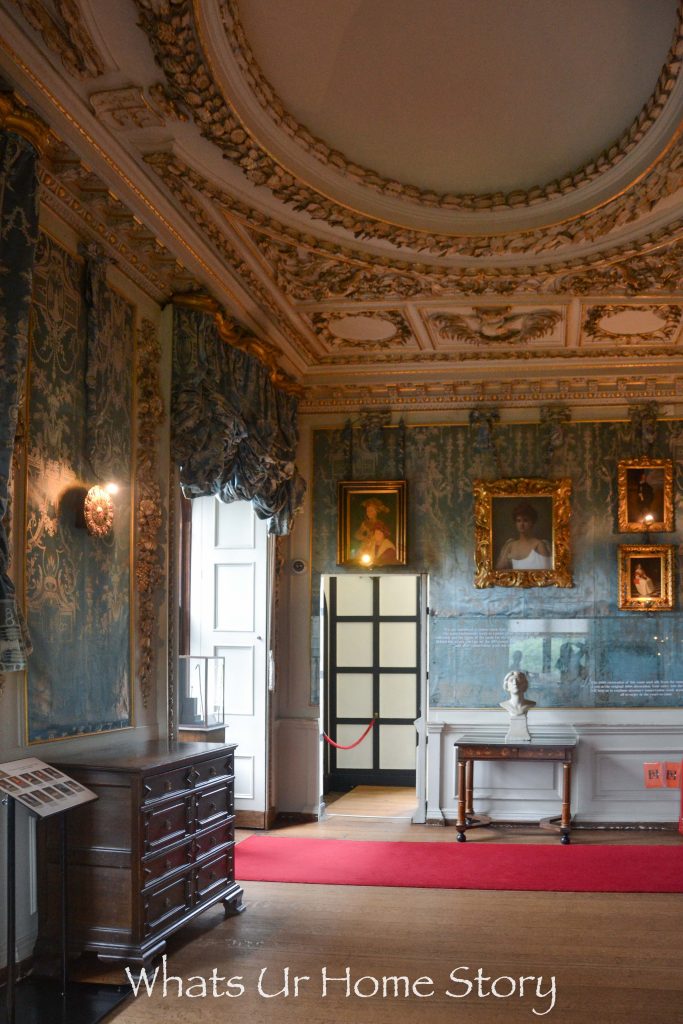 The chapel inside the castle. 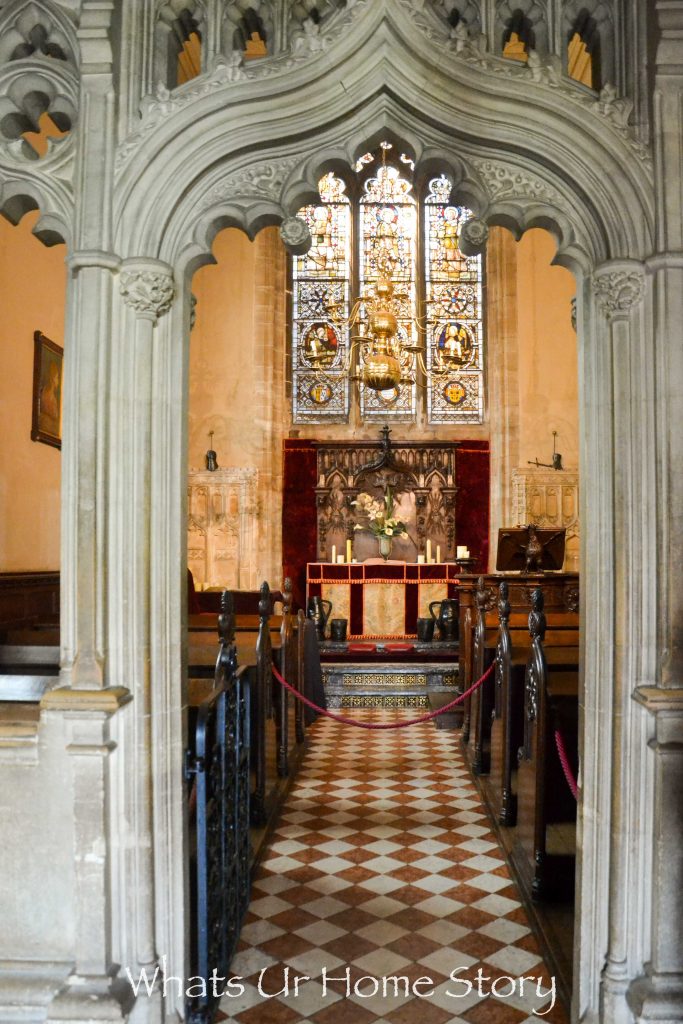 Frankly I was more in awe of the castle’s grounds than the inside. The castle is situated at the bend of River Avon and oh my God the pathway next to the river that leads up to the windmill is breathtakingly beautiful. 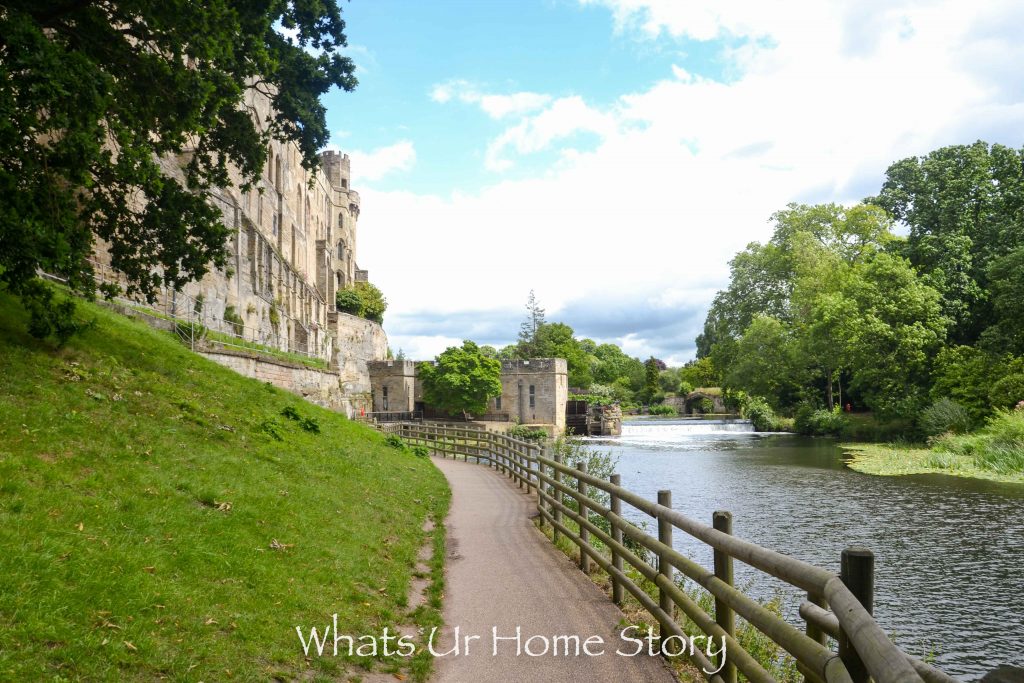 We were planning to skip this walk as B’s foot was hurting bad. I’m so glad I decided to at least take a short stroll before we left. 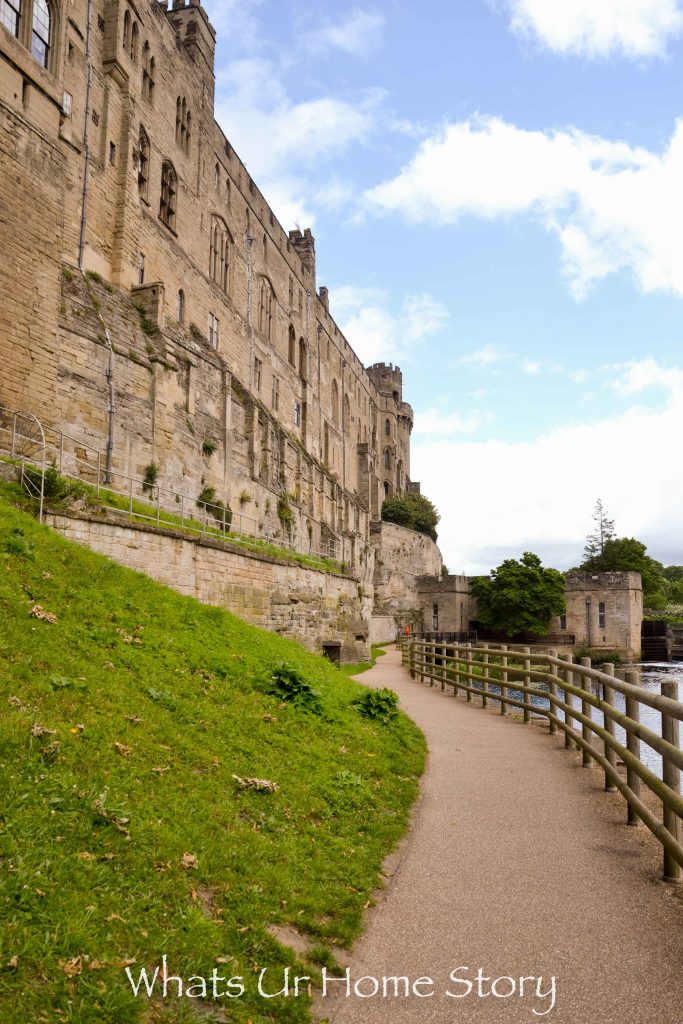 Right next to the castle is a private garden called the Mill Garden owned by Julia Measures, whose family has owned the gardens since 1938.* 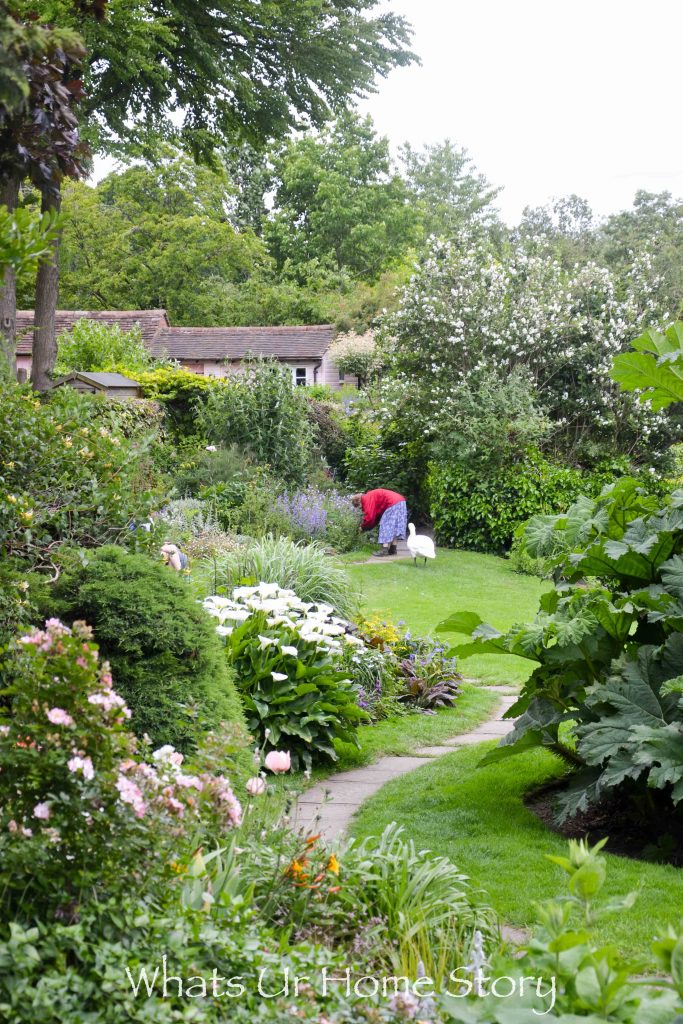 The Old Castle Bridge, a multi-arch medieval stone bridge that once carried most of the traffic into Warwick is on the edge of the garden. 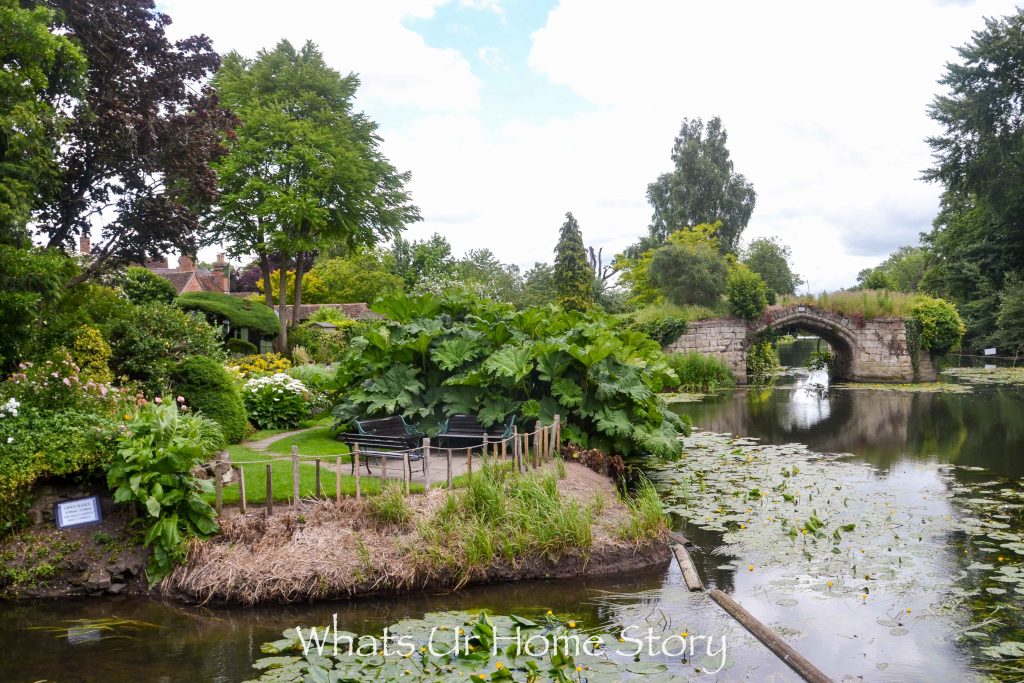 Only 3 of the many arches remain today. 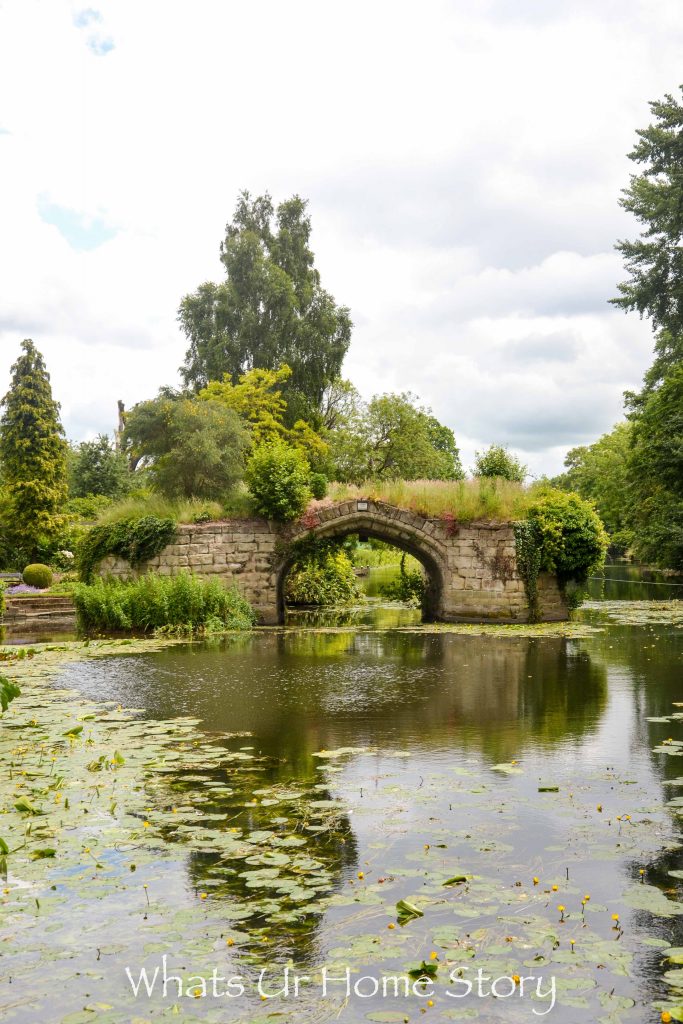 View of the castle from the windmill. 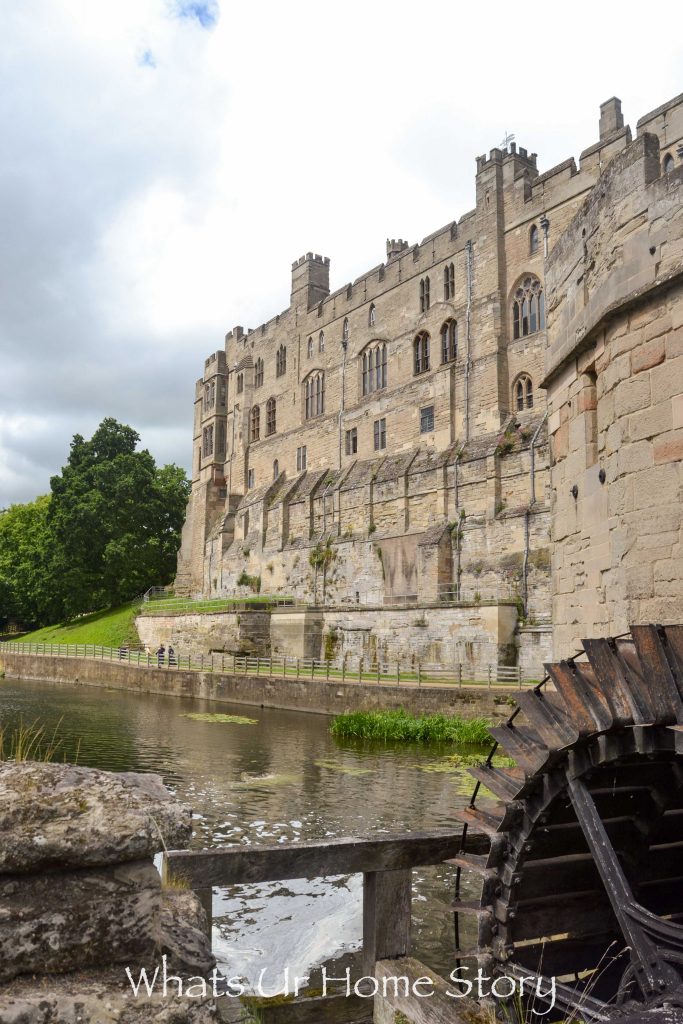 Another main attraction of the Warwick Castle is the peacock garden. 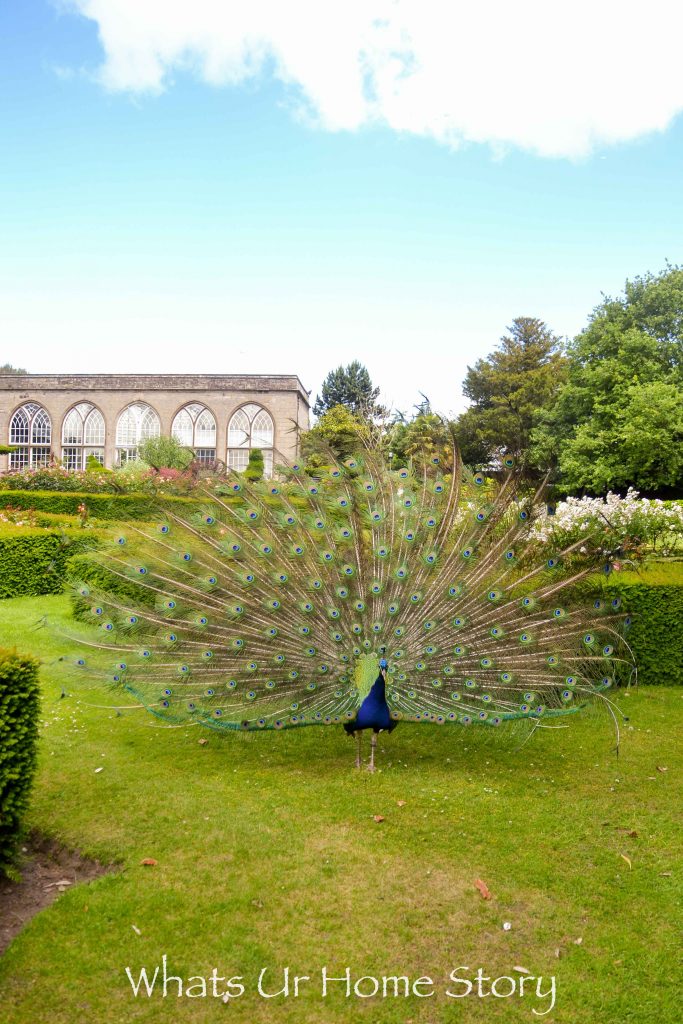 We saw at least 8 or 9 peacocks roaming around freely in the garden. 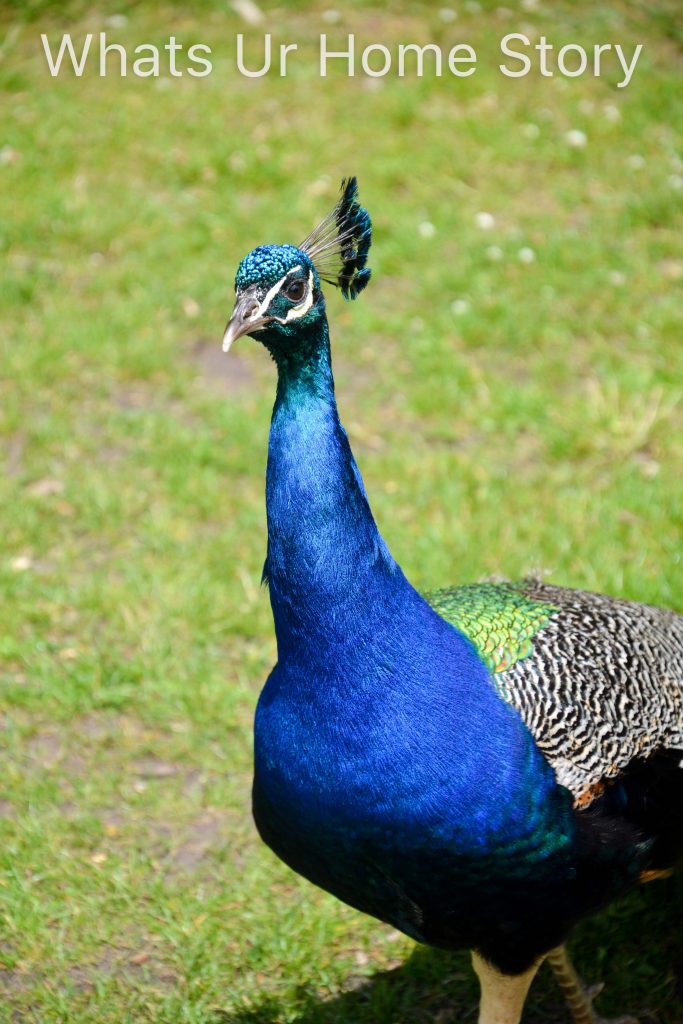 Some were kind enough to put on a dance show for us. 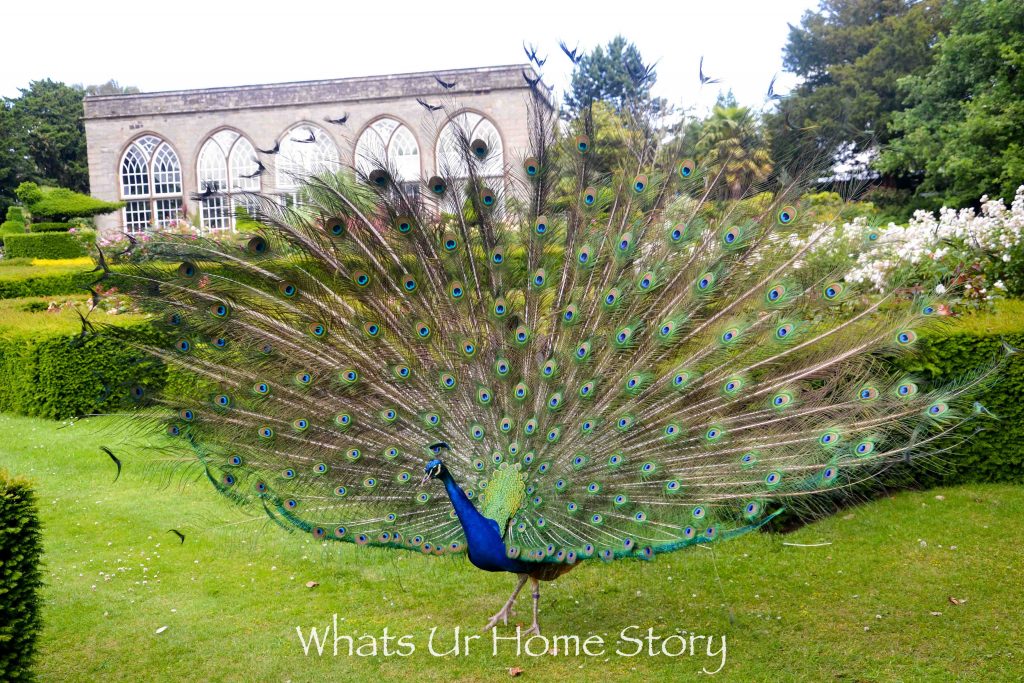 While others were content perching among the beautiful flowers. 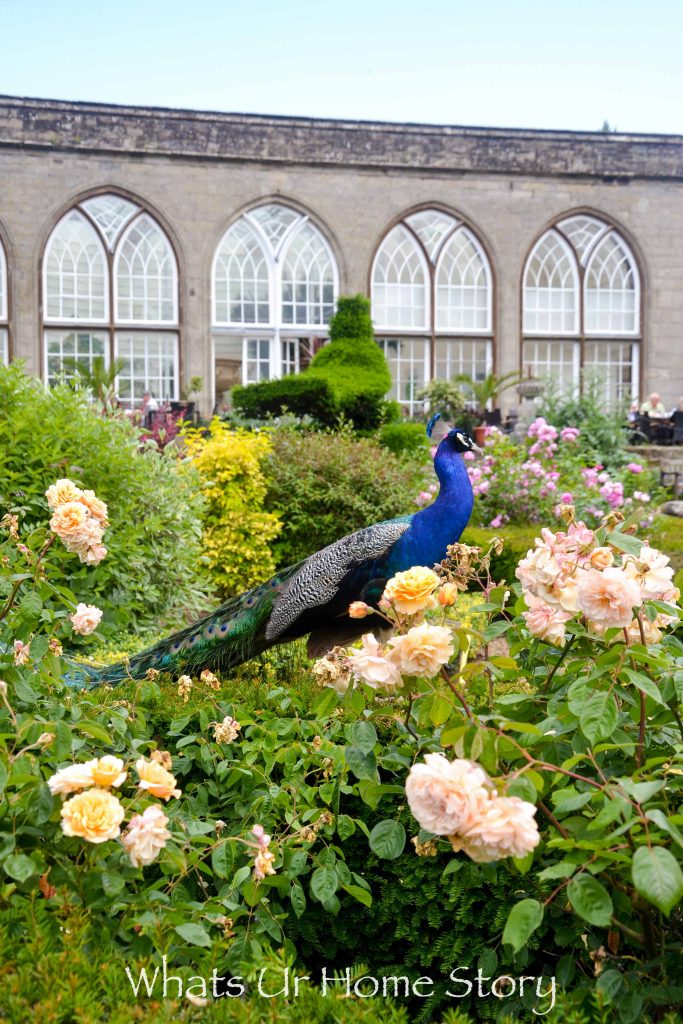 The grounds also house the Warwick trebuchet, one of the world’s largest working siege engines. 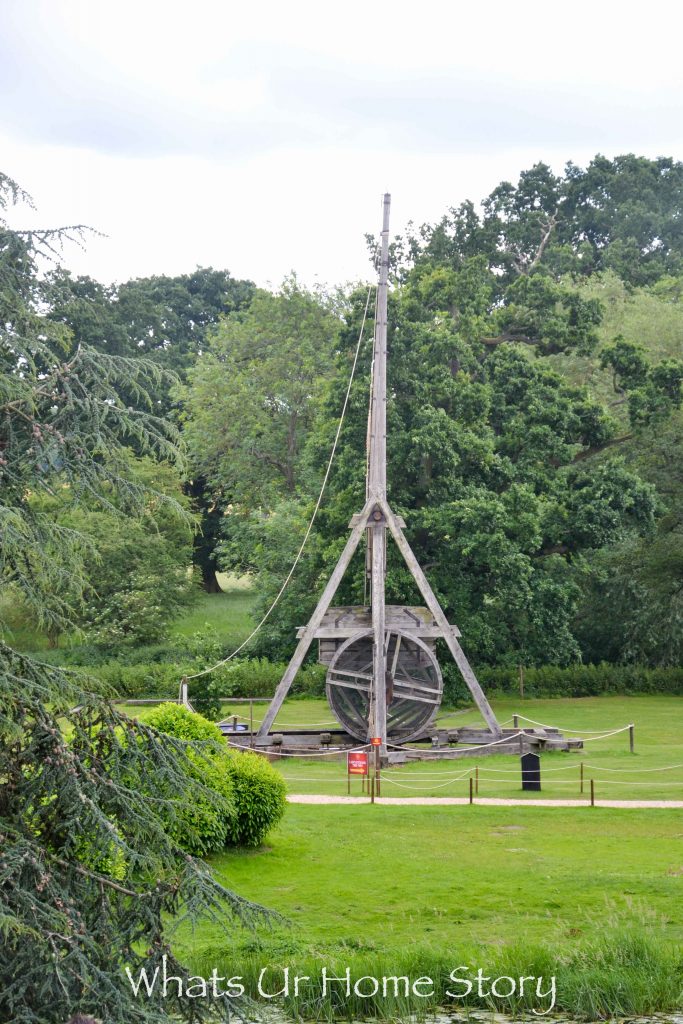 Leaving you with a shot of the River Avon as seen from the Great Hall of the castle. 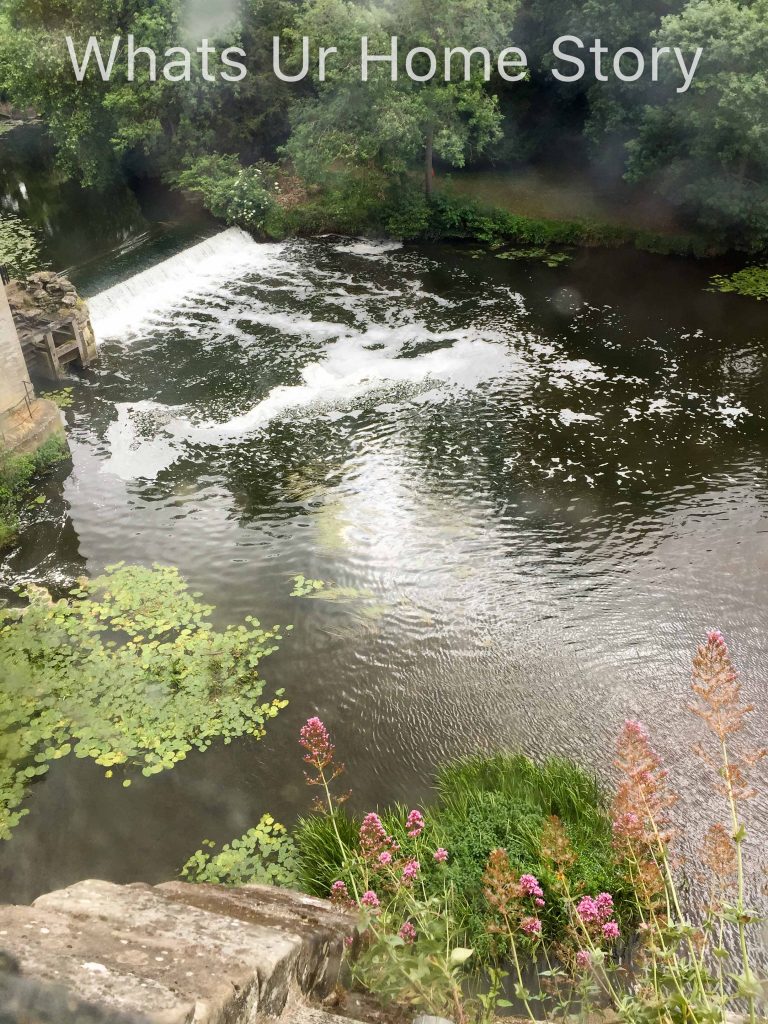 Have you been to England? Do you like Castles or Palaces? Will share the details of our itinerary and more pics soon.