So you want to know how I made this stunner newspaper wreath on my mantel? 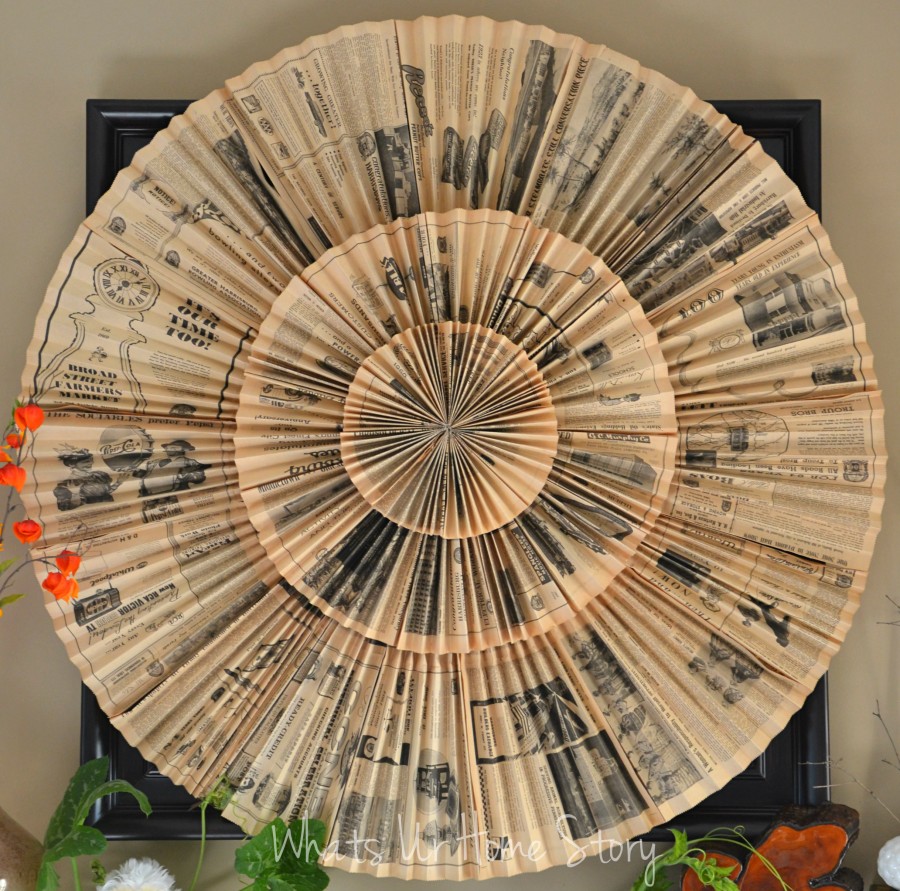 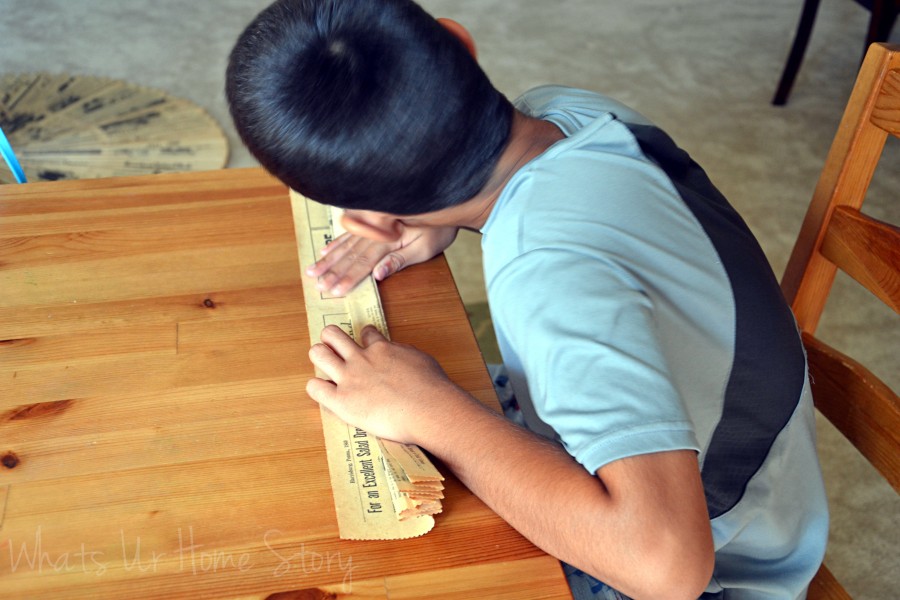 Be sure to involve your little ones on this project, will make for a  quicker and fun end result.

Vintage Newspaper or any paper even maps that you have – I used 16 sheets (by that I mean 4 pages if you count the front and back) for the big circle, 8 sheets folded in half length wise for the middle round, and 4 half sheets where the fan crease was along the breadth and folded in half. The amount you need will depend on the size of the newspaper wreath you plan on making. Mine is around 44 inches in diameter.

1 large cardboard piece if you are using newspaper. For maps you can get away with poster board as they are made of thicker paper.

To hang – wire and Command hook 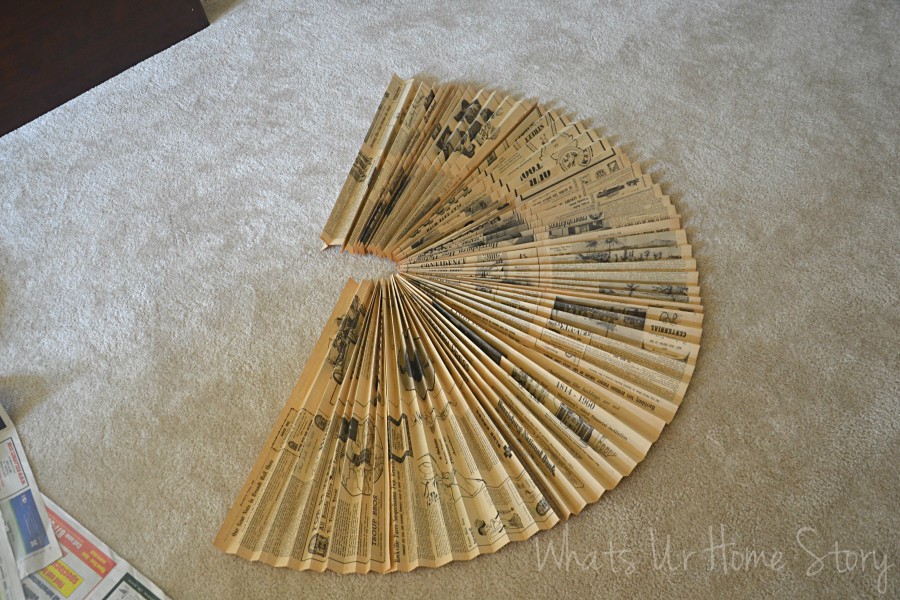 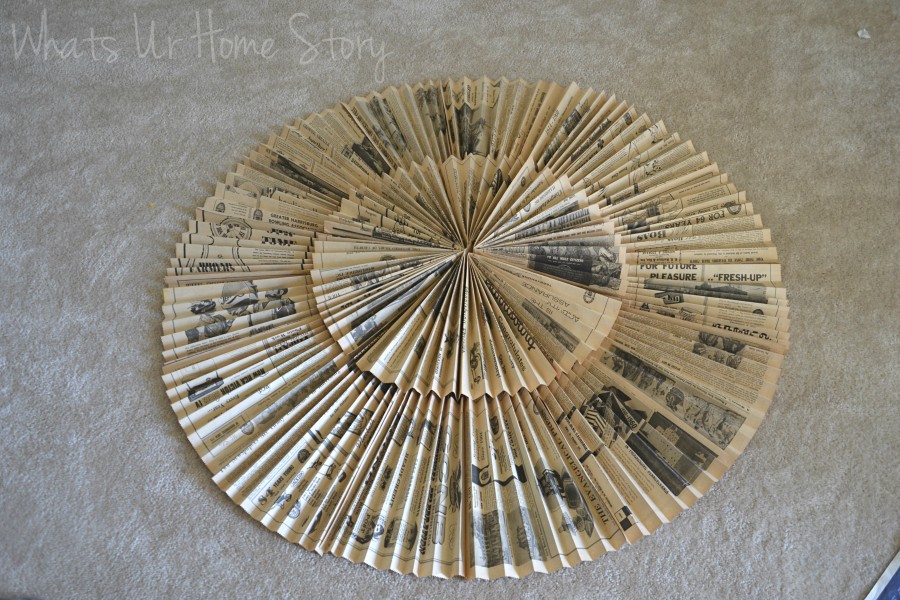 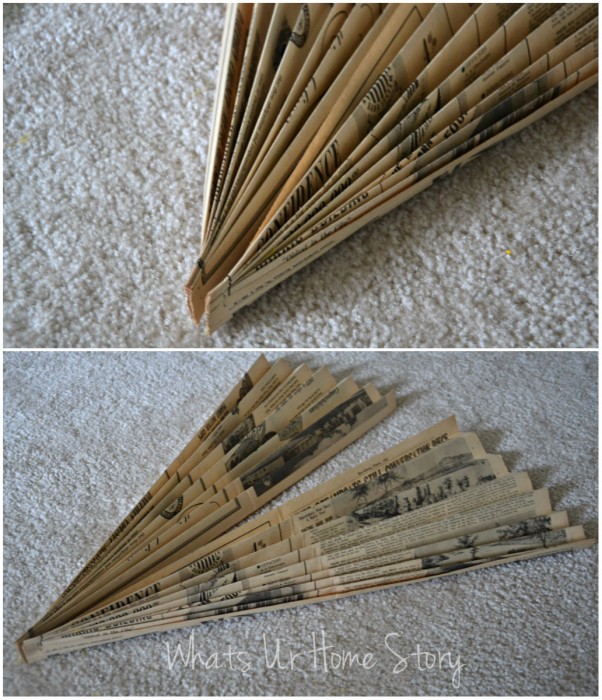 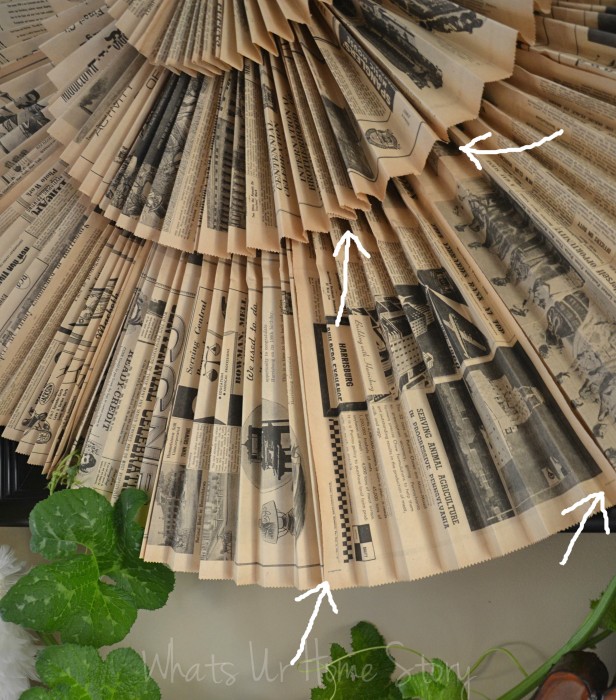 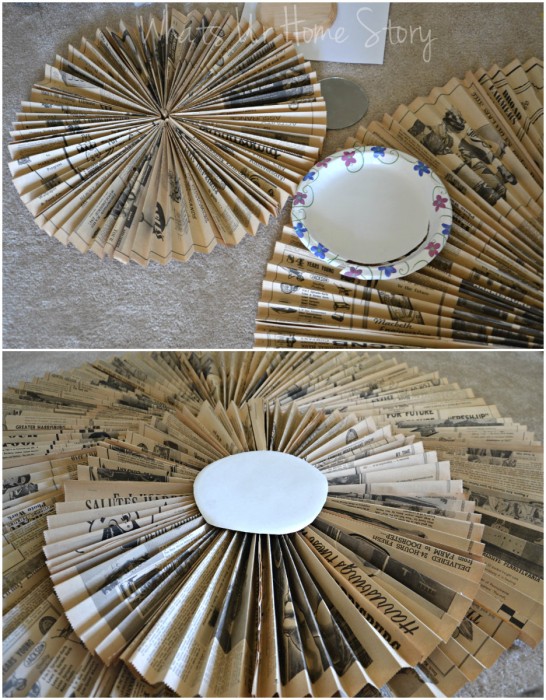 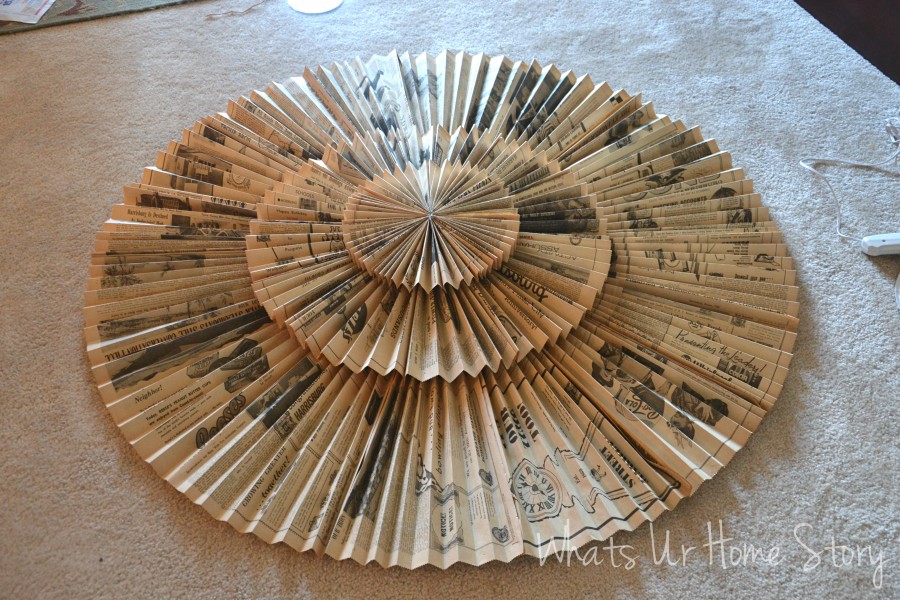 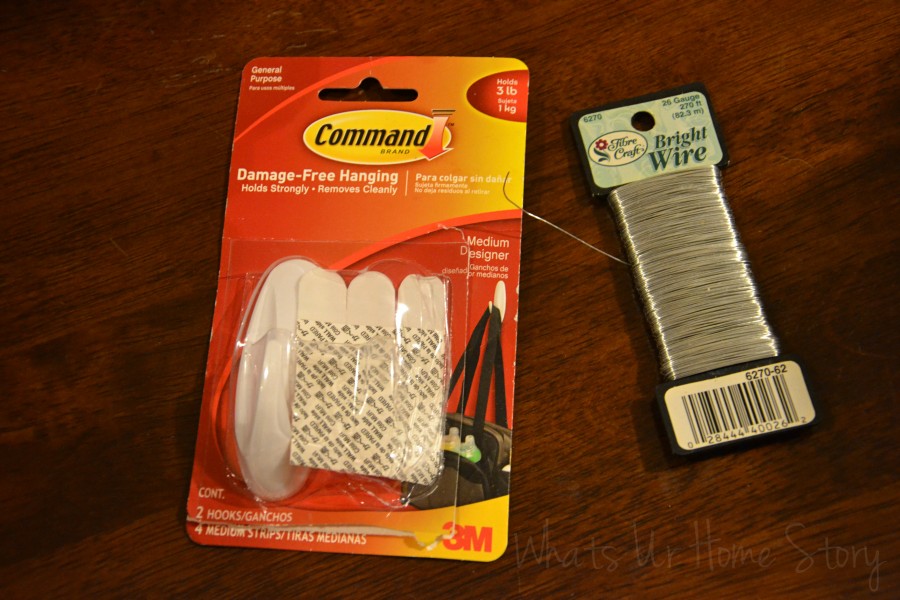 And there you have it, my $0 cost fall project. 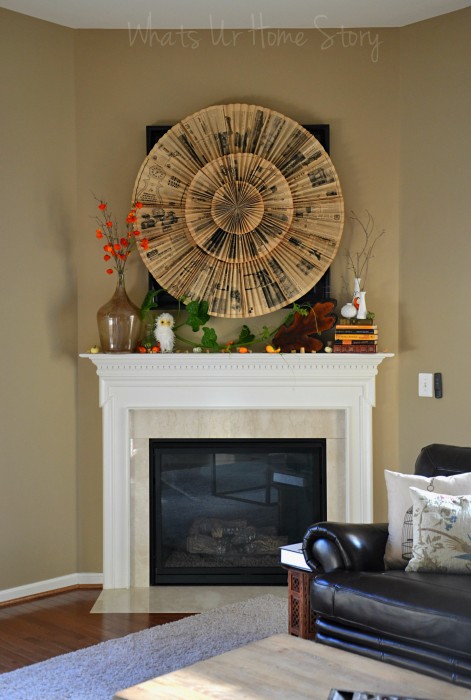 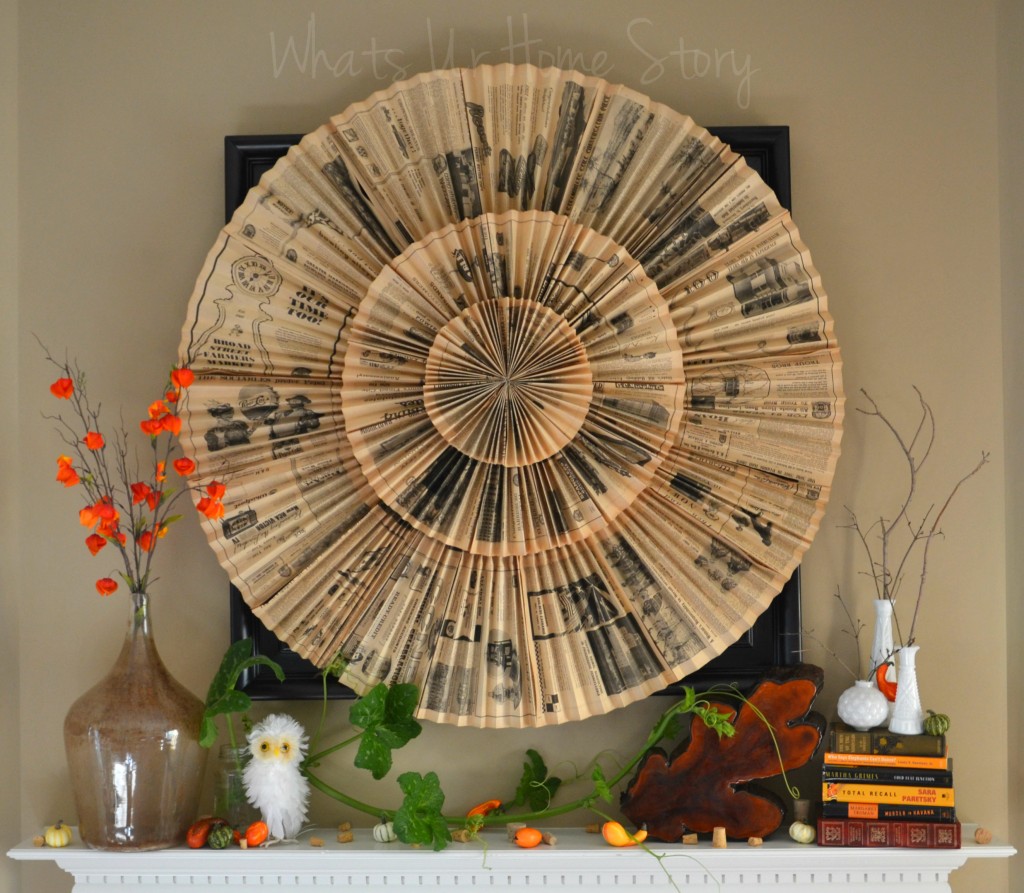 Who else is making it?

Hi! I'm Vidya, an IT project manager by day, a mom to my 2 darling monkeys, a wife, a home maker, an avid gardener and home decor/ DIY enthusiast round the clock, and a blogger in my free time. Read More…