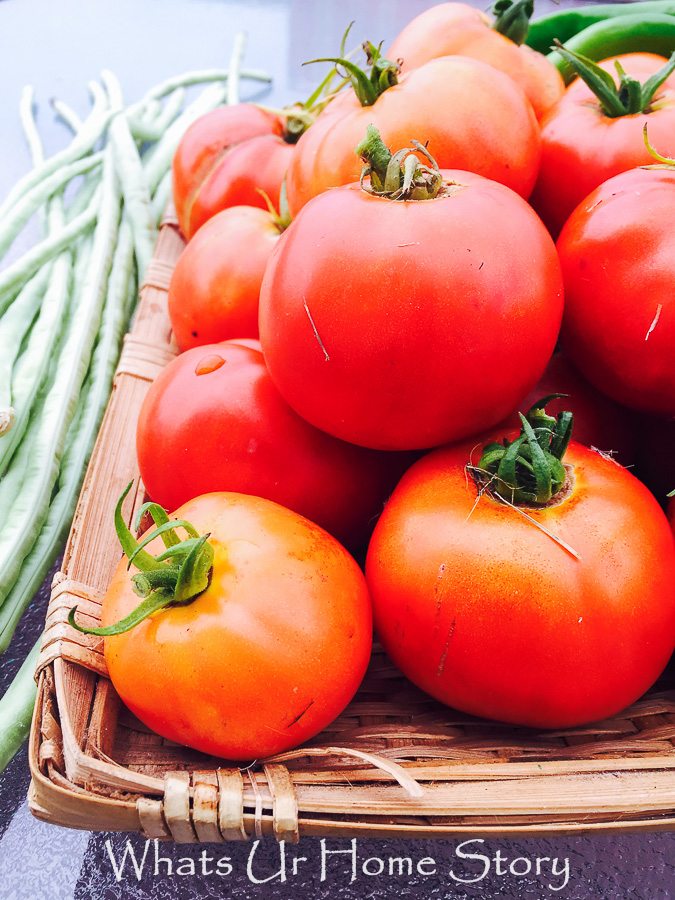 I think I’ve finally found my place as a legit tomato grower! Before we ventured into raised bed gardening this year I had only grown them in pots and that too with limited success. If you remember, back in Spring we’d planted 2 varieties; Better Boy & Rutgers, the latter I got purely based on the fact that is came from Rutgers, my alma mater). Though we ran into some issues early on like not using tomato cages, which lead to the plants taking over the bed, and going on a 3 week vacation that resulted in irregular watering which in turn yielded catfaced tomatoes the season yielded a bounty of fruit. Even after I distributed to all my friends and neighbors I still had/have loads and loads of tomatoes! 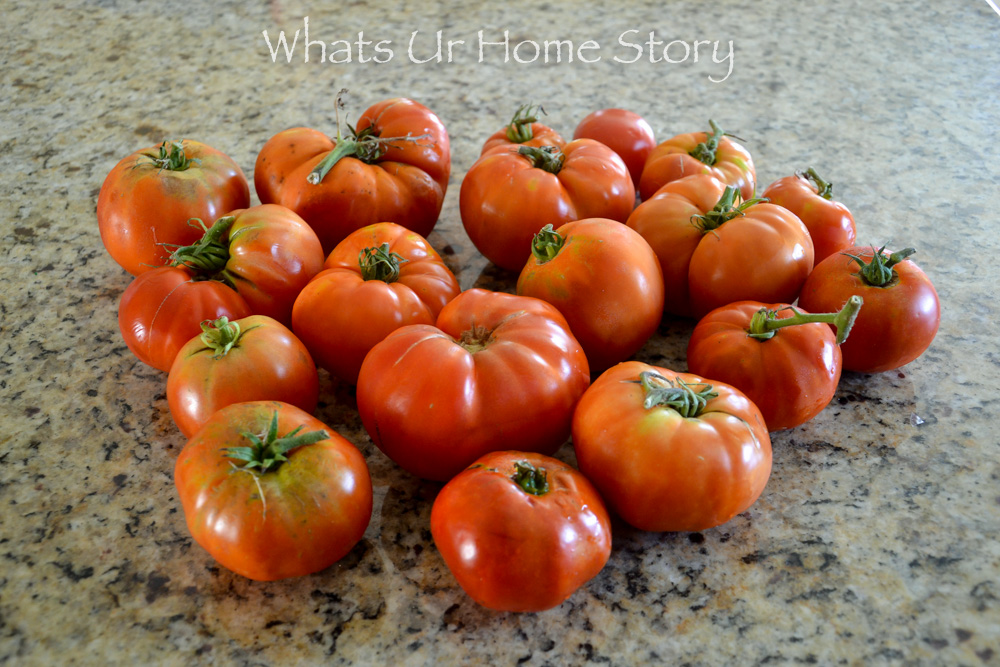 As I didn’t want to let these fresh and juicy tomatoes go to waste I thought why not freeze them? Freezing it appears is a great way to preserve the taste but the catch is that they lose their texture. This means you won’t be able to use them fresh in salads or sandwiches but you could still use them in sauces and curries as they retain their flavor well.

So how do you freeze tomatoes? 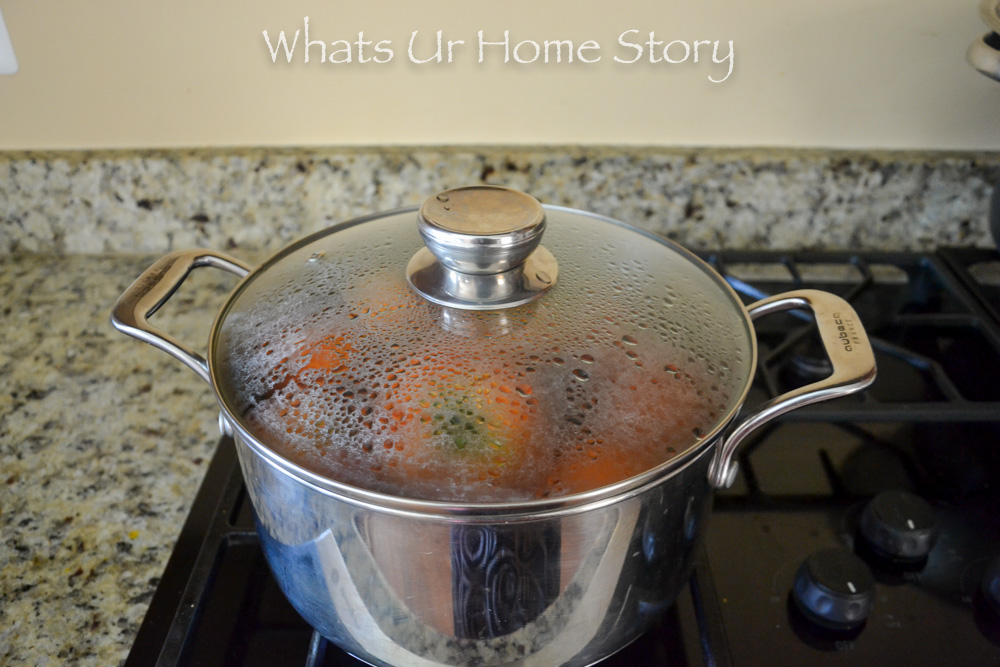 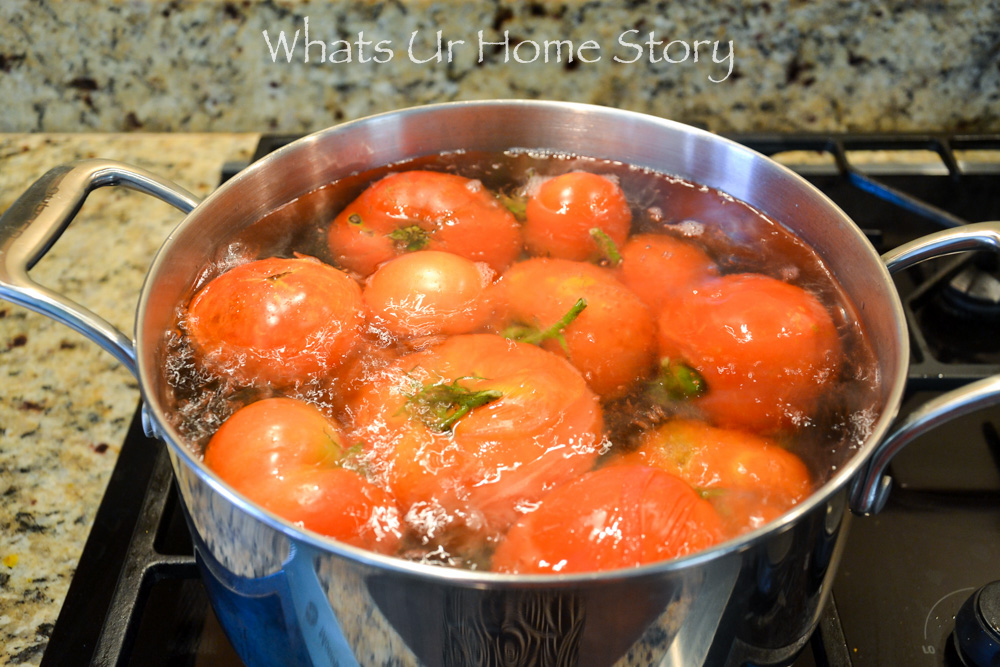 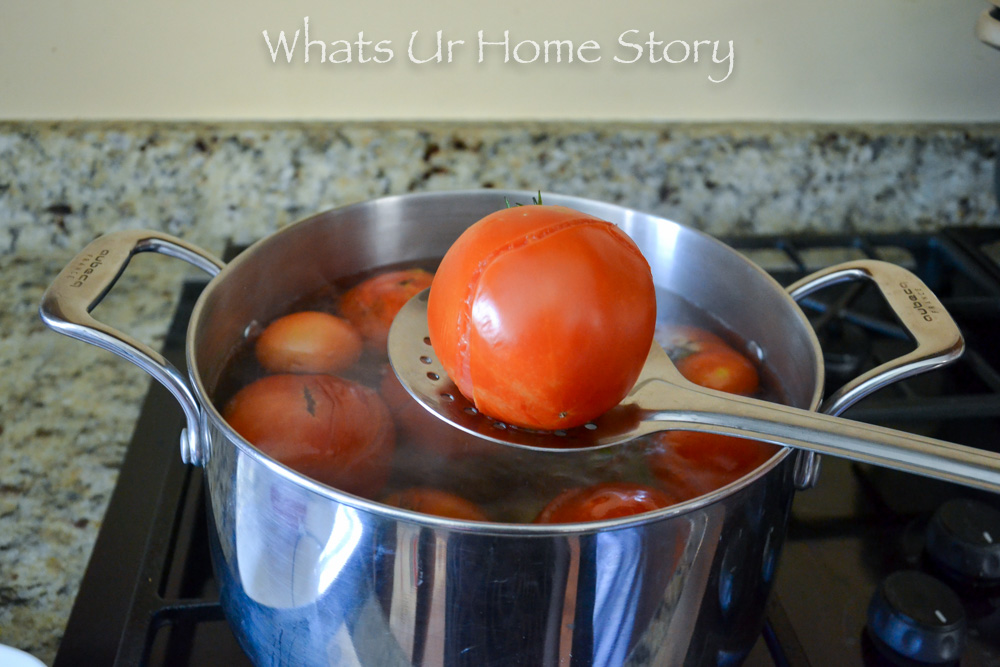 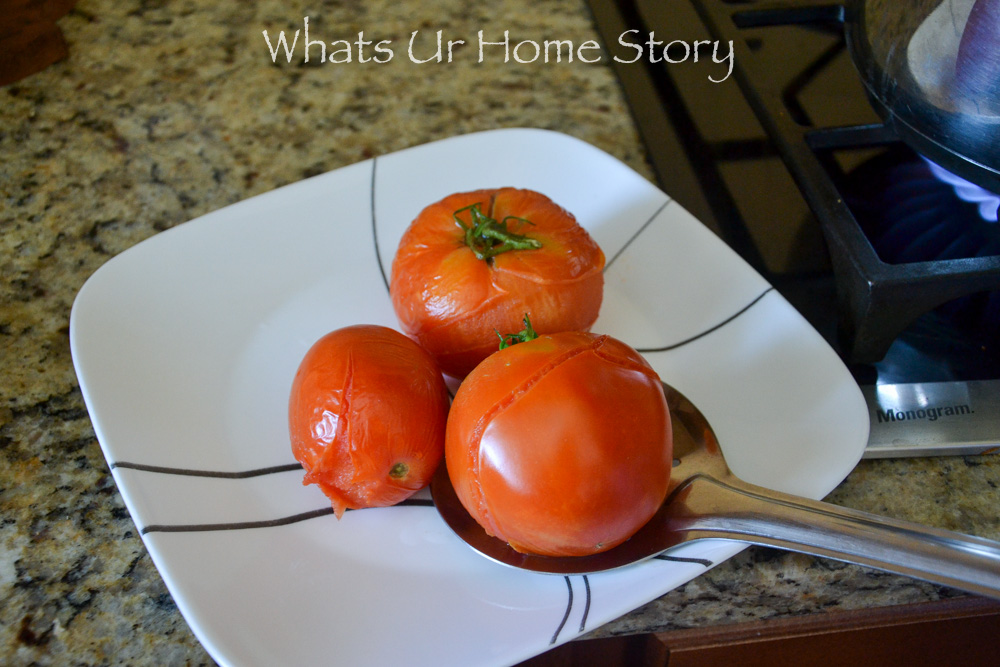 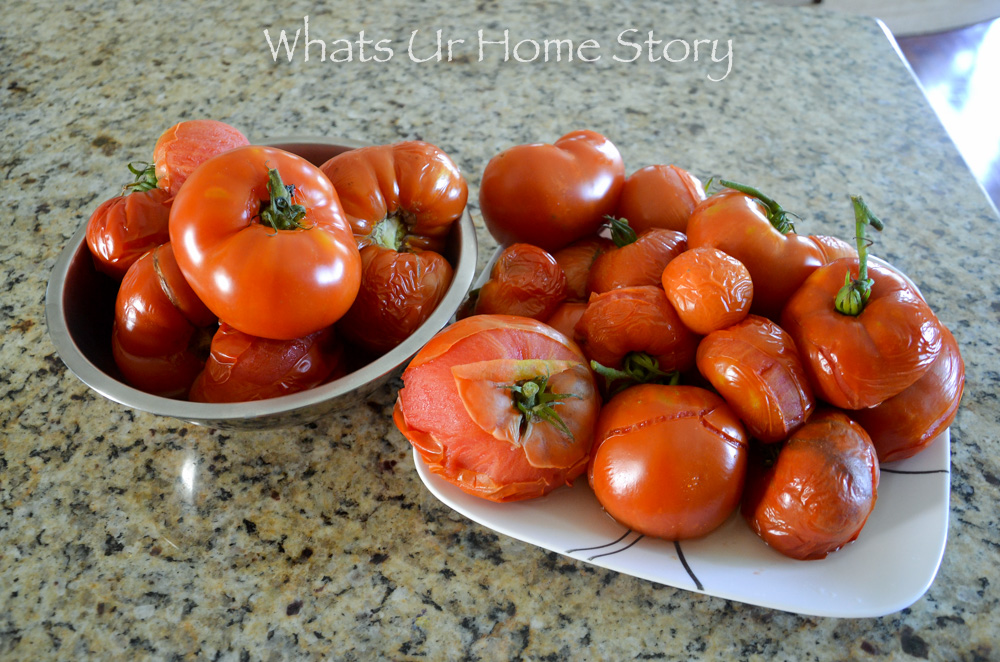 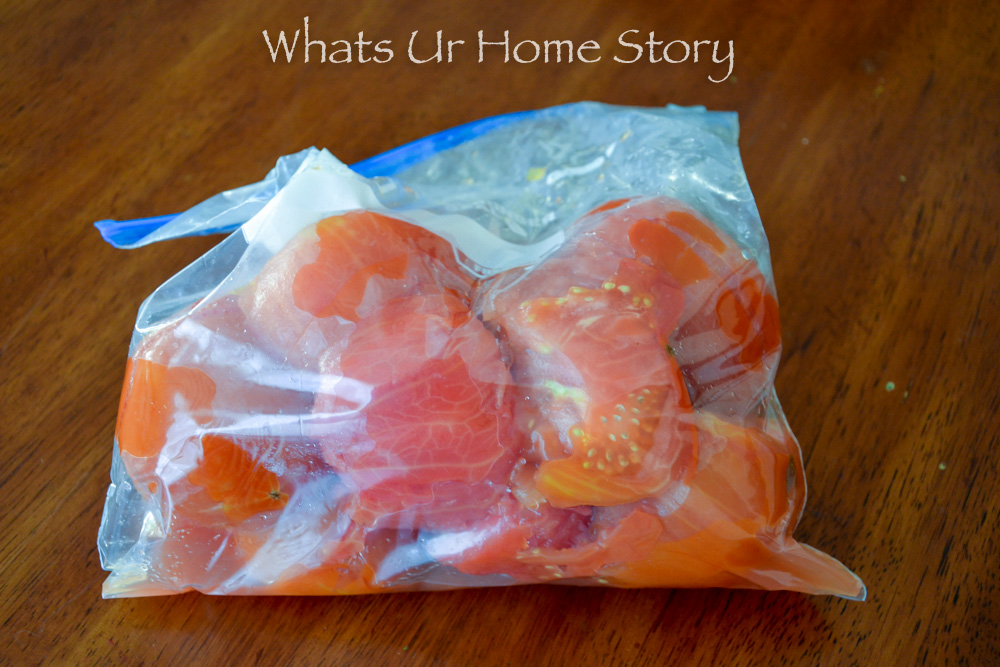 Oh by the way I also chopped many of them up and sautéed to make homemade tomato paste that I froze. Looks like I won’t need to buy tomatoes for the rest of the year! 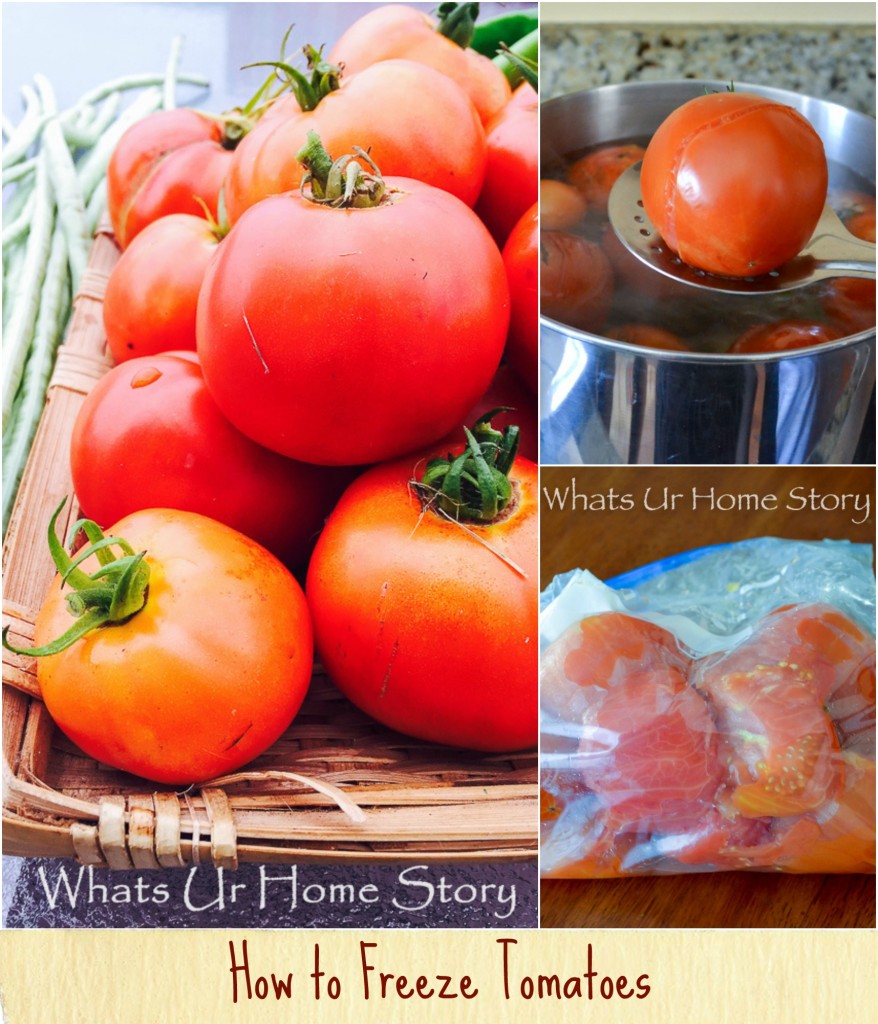 How do you preserve tomatoes or for that matter the veggies that you grow? Do you freeze/ can?