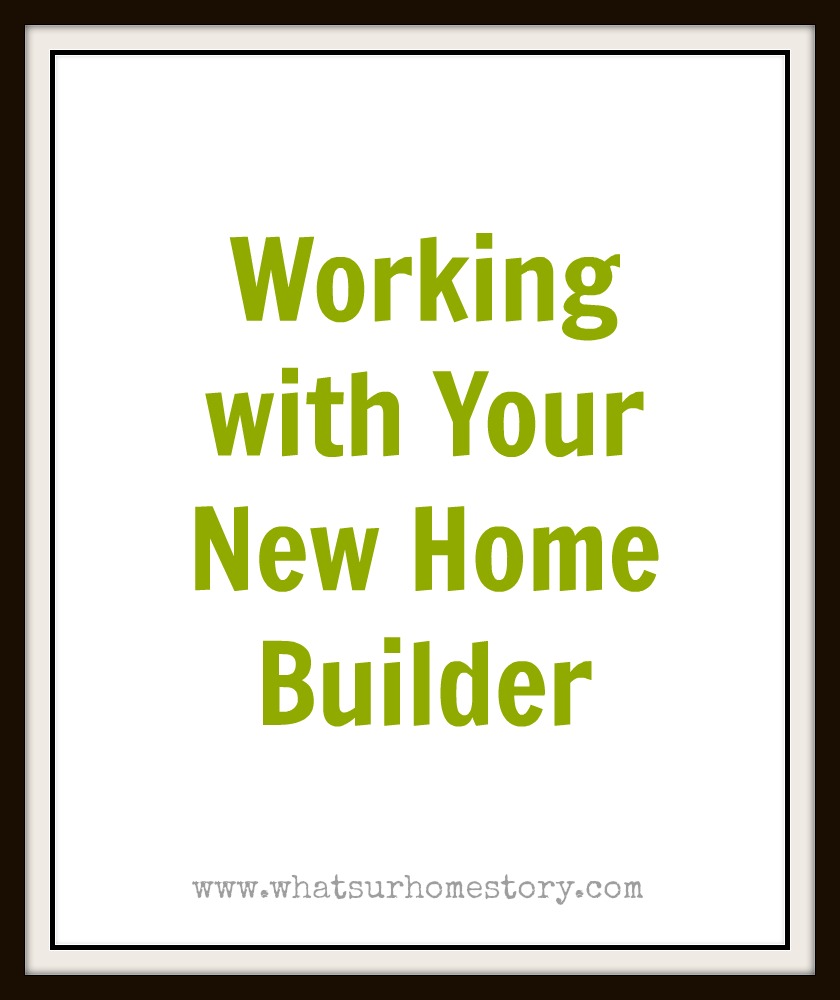 Continuing from our new construction home building guide post earlier, here is a list of options that we wish we had chosen for our home. I guess I can split it into two; options that we wish we had chosen (we had no idea we could ask for some of these) and options that we asked for but didn’t get. So here is a post totally ignoring the fact that adding any of these options would have put us over our pre-approved loan amount (we maxed out on that)! 🙂 However, there are a few that had I known about earlier I would have preferred over the ones we chose (like the garage extension over the upgraded granite for kitchen countertops).

First up, options that we wish we had chosen/asked for: in order of their importance to us,

Options that we asked for but the builder did not include:
Now for the options I’ve heard others talk about that they would have liked to have added (these were not really big for us):

Did I miss anything? What features do you wish you had in your home? What was your experience buying a new construction home like?

« 3 Month Blog Anniversary & Giveaway!
My Garden is Waking Up! »