Yup….I’ve blood on my hands……moss blood, if ever there was such a thing. I  am usually not that bad with plants, let’s say I have an 80:20 success rate.  But the sad part of this story is that the moss died because I didn’t try hard enough! 🙁

So, what am I talking about? The moss terrarium of course! It was doing great for the first 4 months, then I kinda got a little lax about misting it. When I would remember I would douse it with mist until I couldn’t see the sides of the bowl (a big no no), out of pure guilt. Even during my forgetful watering days sometimes it would be drenched (ya, drenched) in water and I would be left wondering, “How come? I never misted it”. It turns out that I had a lil helper trying her hand at watering the terrarium (perhaps she caught onto how much her mom was ignoring it). No, I’m not trying to put the blame on my cutie pie, the moss dried out because of the irregular misting not the once in a blue moon rain storm.

Anyways, soon the moss started yellowing and I painfully realized that it was dead. I didn’t even take a pic of the sad looking thing as I was so ashamed of its plight (for which I was responsible for)! And guess who was having a field day? B went into the whole, “I told you so….that is $37 down the drain”, mode. He was never a big fan of the terrarium from the start.

Ideally, I could have gotten some new moss and set it back up. But I was not gonna spend another $8 on moss, especially after B’s chiding. So I let the terrarium and the moss dry out completely and took out my magic wand. 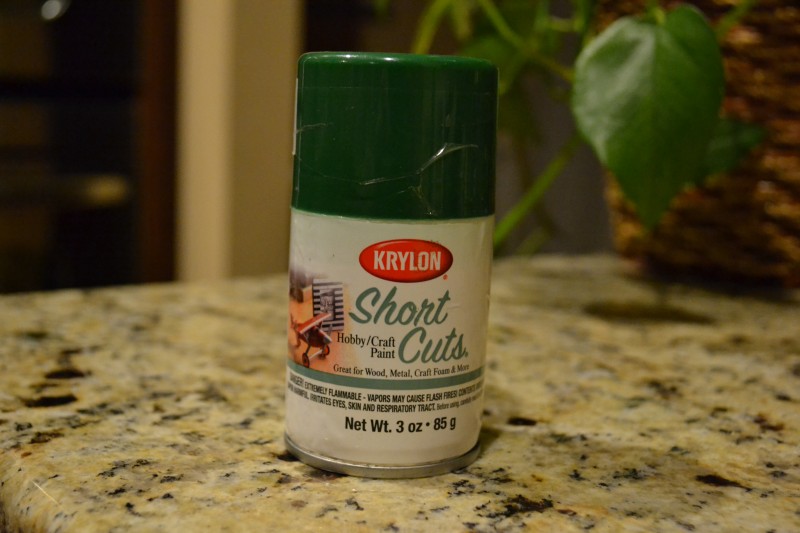 Green spray paint. I wish I had gotten something lighter than this green but this was  the only green in a small can at Micheals. Again I was not going to spend more on this. So stuck to the small can.

Out went the brown grass and in came the green one. Hey, don’t judge! 😉 Even our HOA paints the lawn in the medians (where there are no sprinklers) green! 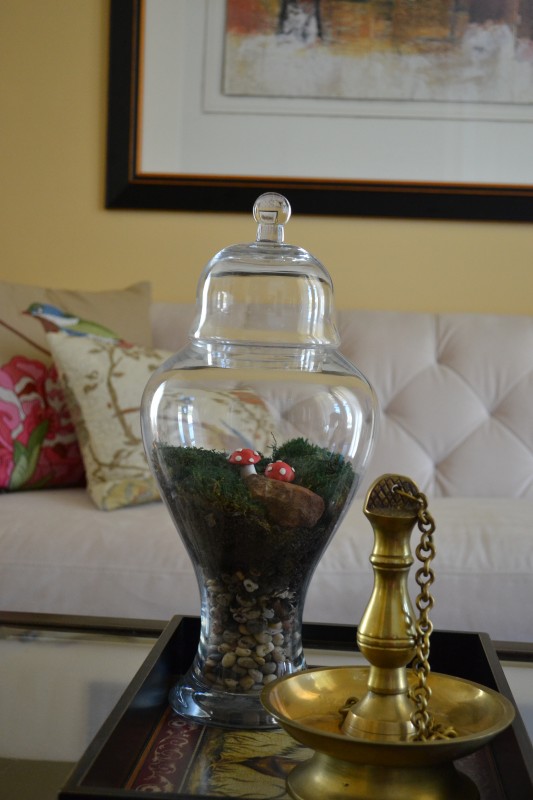 At least this way I can’t kill it anymore. Anyway here is a ‘before’ shot of the original one with the live moss. 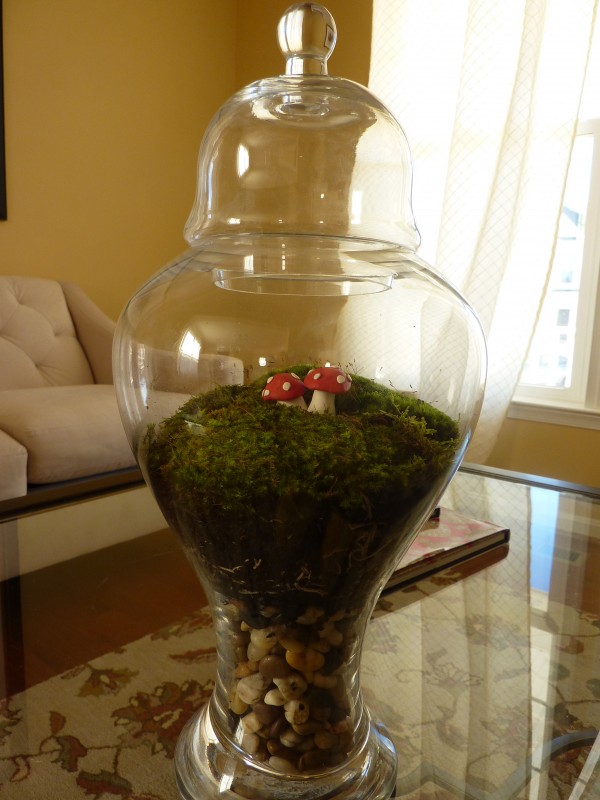 From far can’t make out whether it is real or not. But up close the dried edges and the color give it away. 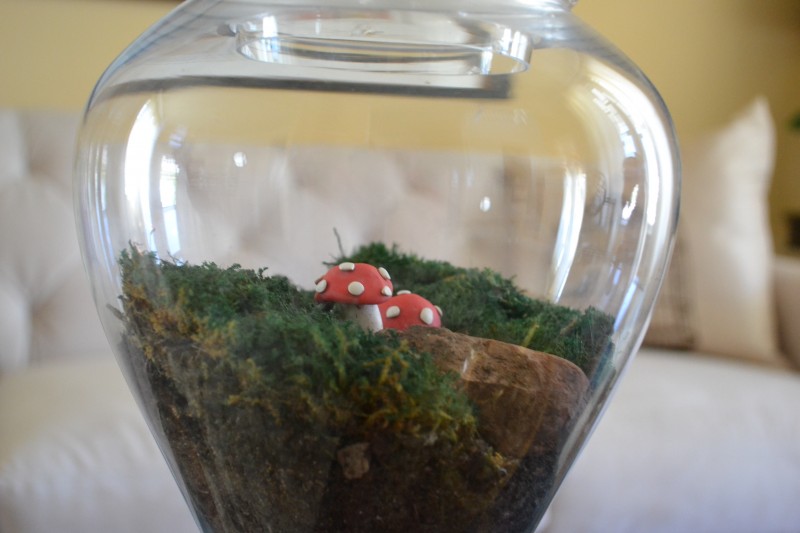 Not a big fan of the homemade fake moss but it has got to stay till I can get my hands on some free fresh moss. Hmmm… time to take a walk in the woods or may be grow my own. A friend recently shared this link with me. Source: apartmenttherapy.com via Whats Ur Home Story on Pinterest

One of these days I’ll get around to trying it.

Have you managed to suck the life out of any of your plants?