The Kochi Muziris Biennale, an international exhibition of contemporary art, is India’s first ever Biennale. According to its curators, “it seeks to invoke the historic cosmopolitan legacy of Kochi and its predecessor, the ancient port of Muziris.”  The three month long event showcases creations of eighty-eight artists from 24 countries. On our recent trip to the ancient port city of Fort Kochi we visited the Aspinwall House, one of the 10 different venues for the festival.

The first time being in Fort Kochi we went in without much knowledge about the venue or the exhibits. Yes, as you might have guessed there was ample creativity on display yet the thing that captured my imagination the most was the venue itself and the history associated with it. No, not revealing too much about it now but you can see how my focus shifted to the beauty of the building through the pics. 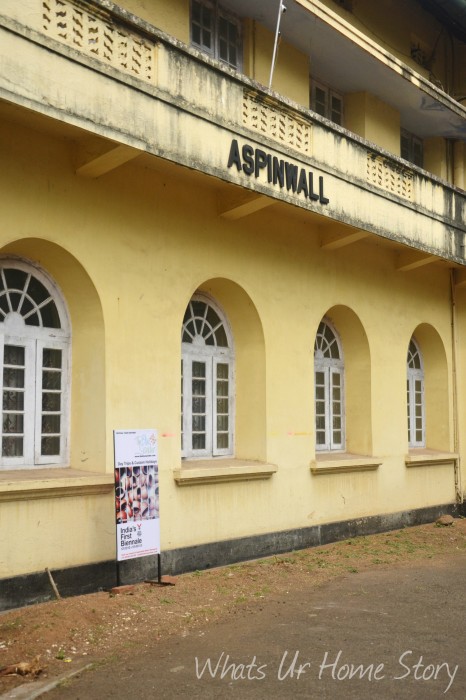 Just a disclaimer before we get into the exhibits; I neither am nor claim to be an expert on art/art critic. I’m just highlighting only the works of art that caught my eye or rather appealed to my layman eye. 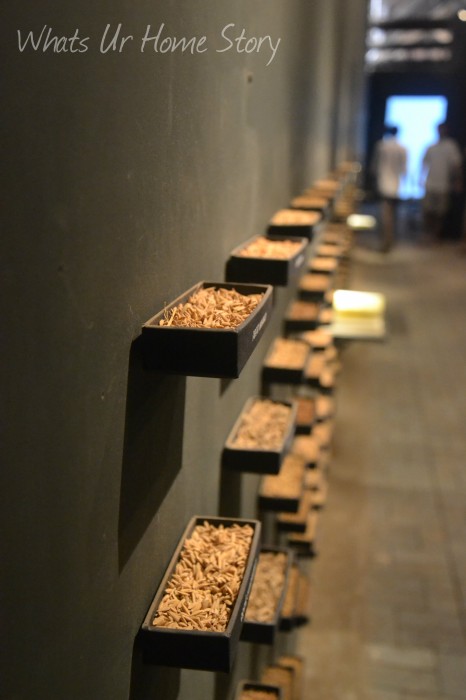 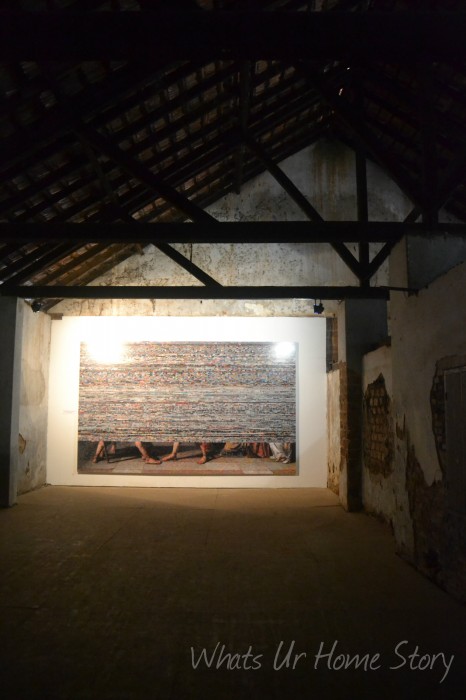 The sights outside the building were equally breathtaking. A look from one of the downstairs balconies. A view of the backwaters and the port framed by the Kani konna or Cassia Fastula flowers. 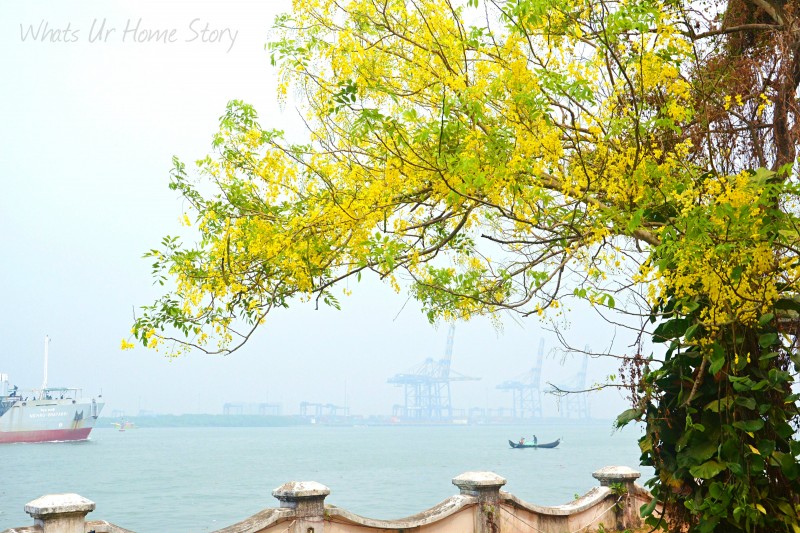 A collection of candid photographs by Atul Dodiya. 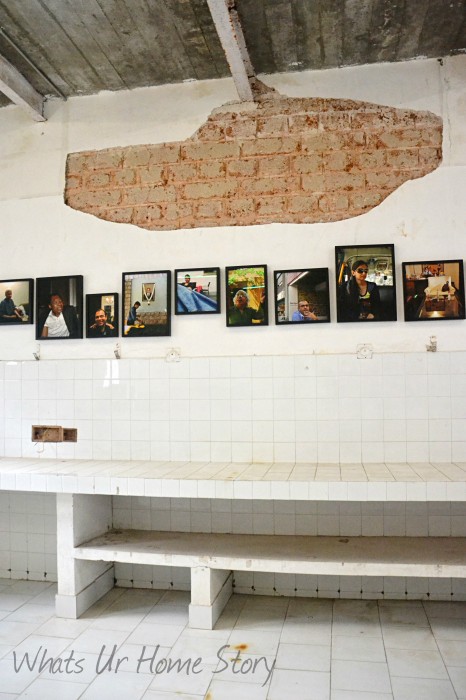 By now I was totally enamored by the building and was trying to guess what this place would have been. Maybe a factory, a hospital? The vibe that I got from the building was exactly the same as the one I got while visiting the Ellis Island museum up in NYC. 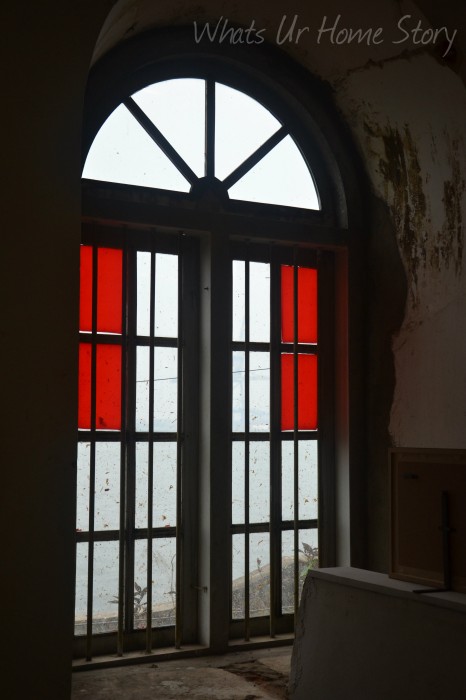 Work by local artist, Prasad Raghavan and all I could see was the long wall of windows behind. 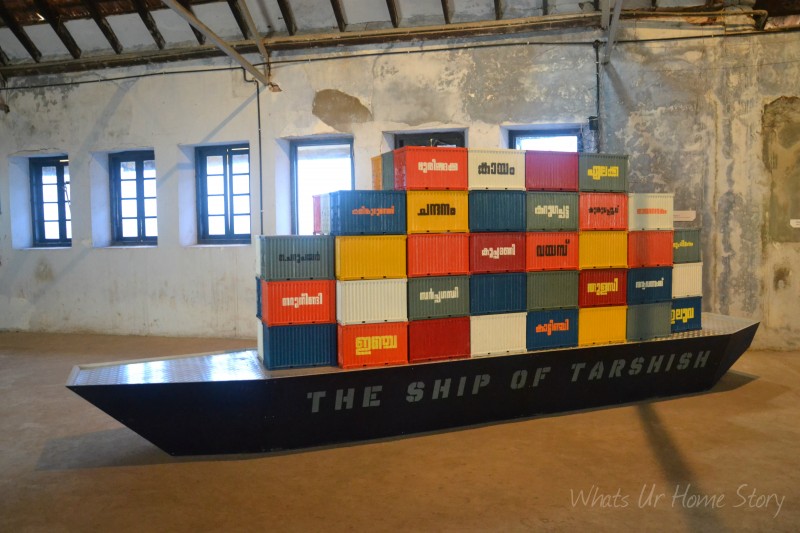 More views of the backwaters through the windows. 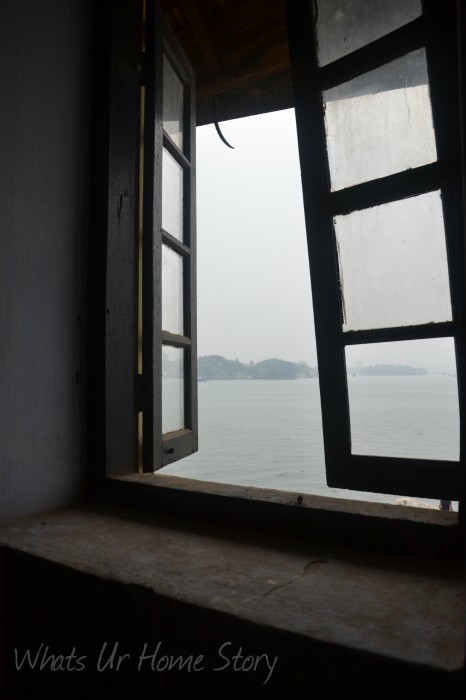 The star of the show, the ‘Stopover’ by artist Sheela Gowda and her husband Christoph Storz. They transported 170 grain grinding stones that they found in old homes all over Karnataka (a neighboring state) to the venue and set them in a random pattern. 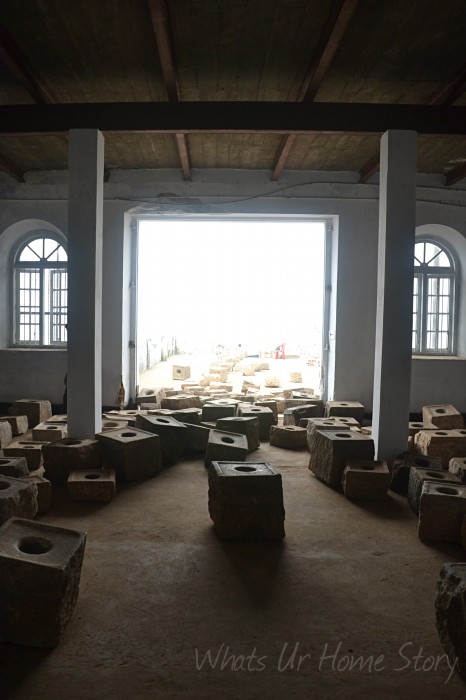 A closer look of them rolling out the door into the waters. I’m pretty sure those cheap lounge chairs aren’t supposed to be there. 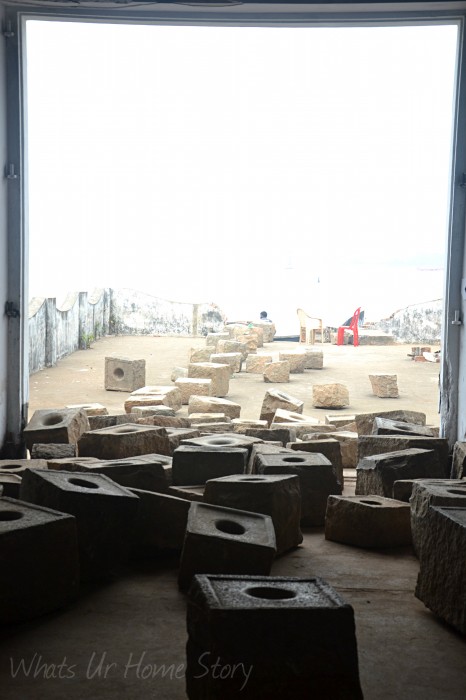 Back inside another beauty; a city made out of discarded pottery shreds by Vivan Sundaram. 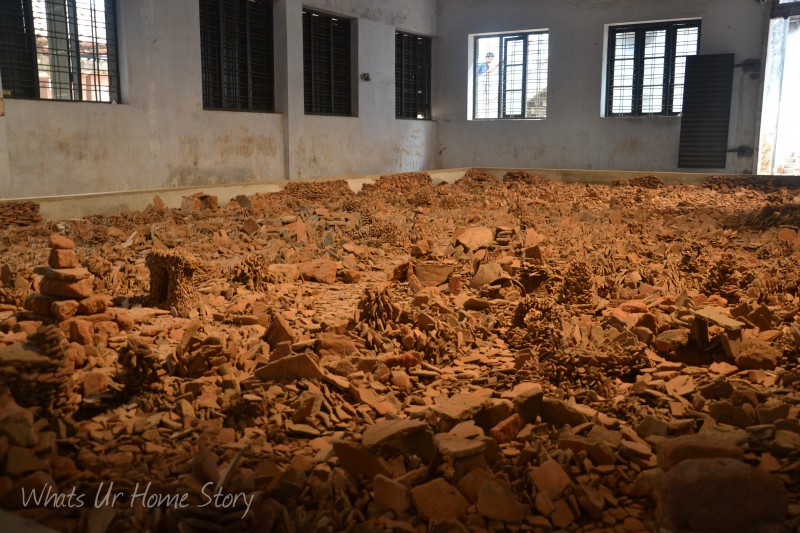 I’m sure this traditional canoe loaded with old household knickknacks (by Subodh Gupta) is supposed to have profound meaning (maybe the Noah’s ark?) but unfortunately our hungry tummies didn’t let us ponder much. 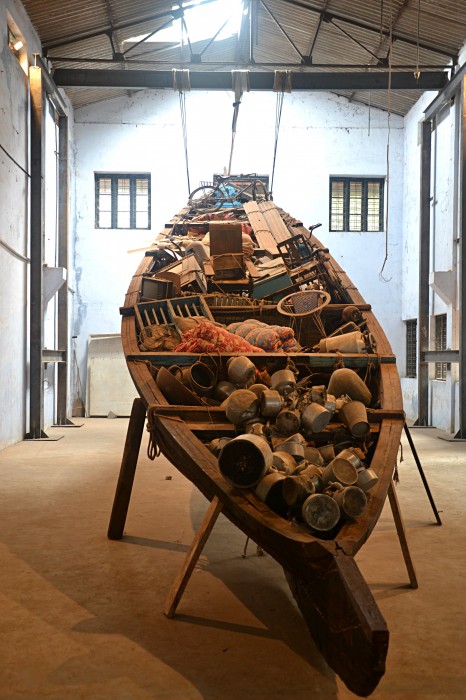 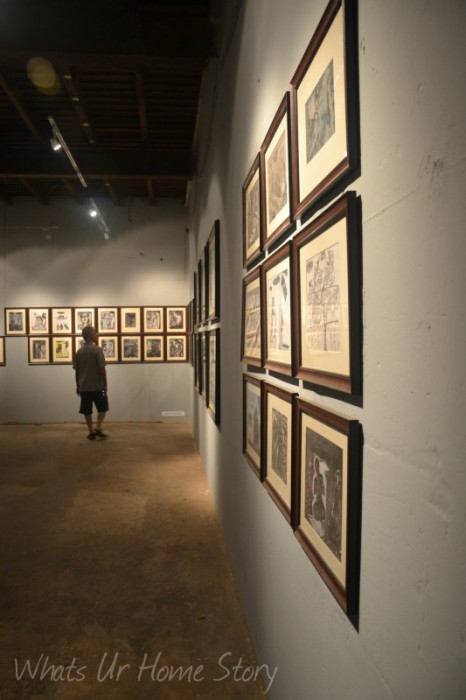 On the way out, a giant weaver bird nest like structure called ‘Erase’ by Srinivas Prasad. 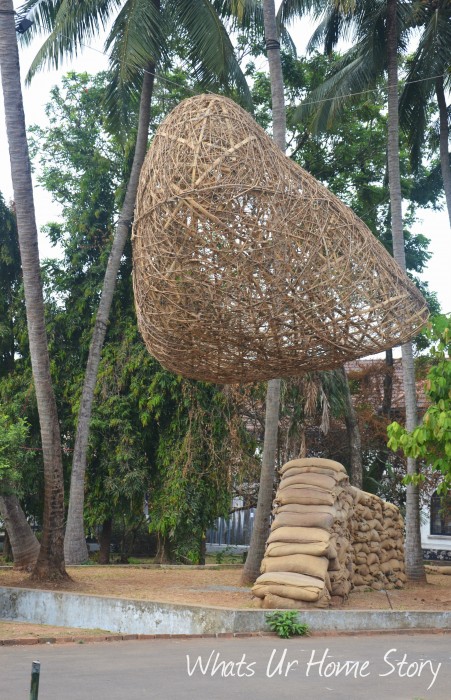 That wraps up our little tour. Any guesses as to what the building was? 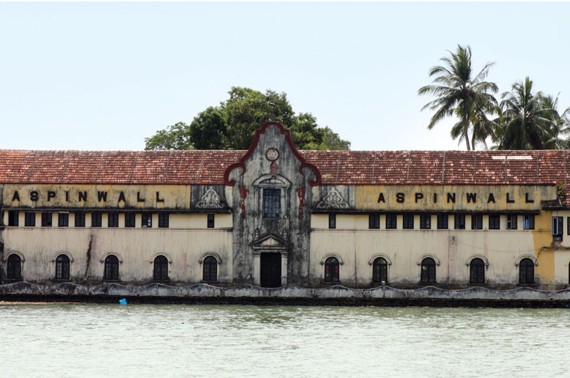 Per the Biennale website, the Aspinwall House is a sea-facing colonial-era spice house which was the headquarters of the Aspinwall & Company Ltd. The company established in 1867 by the English trader John H Aspinwall  traded in  in coconut oil, pepper, timber, lemon grass oil, ginger, turmeric, spices, hides and later in coir, coffee, tea and rubber. The large compound contains office buildings, a residential bungalow, a number of warehouses, and smaller outer-lying structures. The company survived a devastating fire in 1889 which razed to the ground all the buildings throughout the length of the Kochi waterfront.