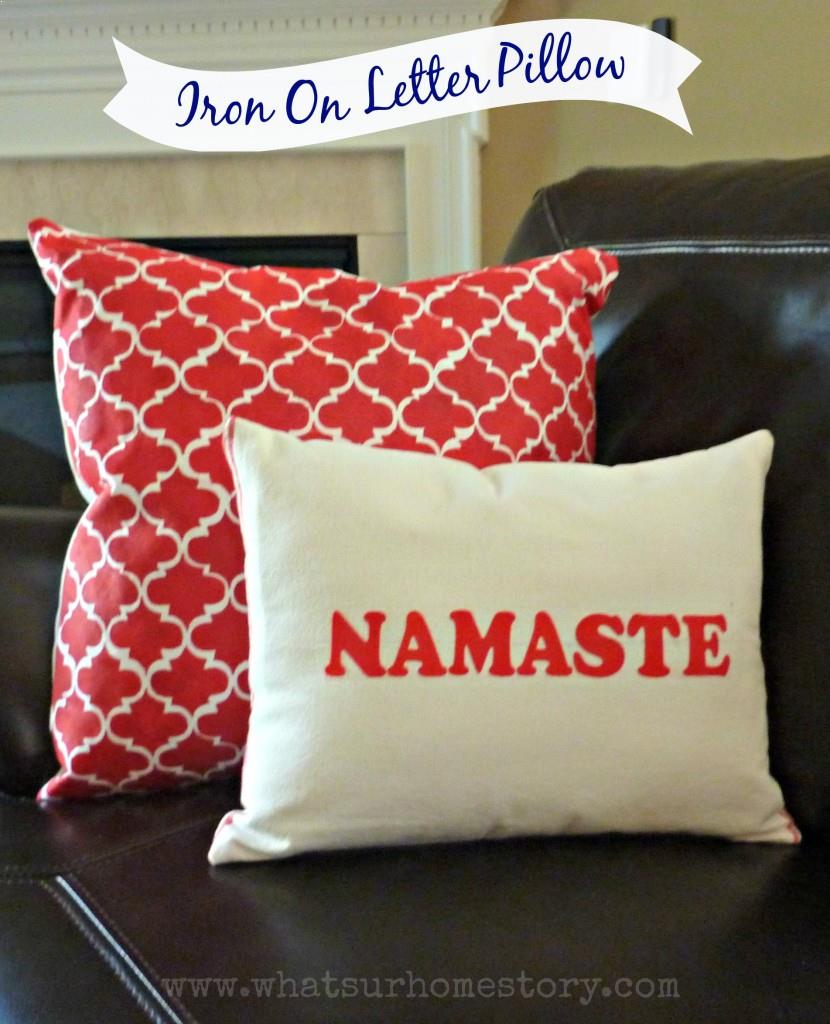 Remember the vintage dish towels that I used make the sequined pillow? They came in a pack of three, 2 of which I used to make my pillow. So what to do with the lone dish towel I was left with? Make a DIY pillow of course!  Luckily it was long enough to make a 12 x 16 pillow that is…if I fold it in half. But a plain pillow? Nah…it needed to make it special.

I had seen this burlap pillow on Etsy a few months ago. Really liked the ‘Namaste’ quote and pinned it onto my Fabrics board on Pinterest. So I guess, you could call this a Pinspiration project. My take on the same thing, with iron on letters (way easier than stamping them). 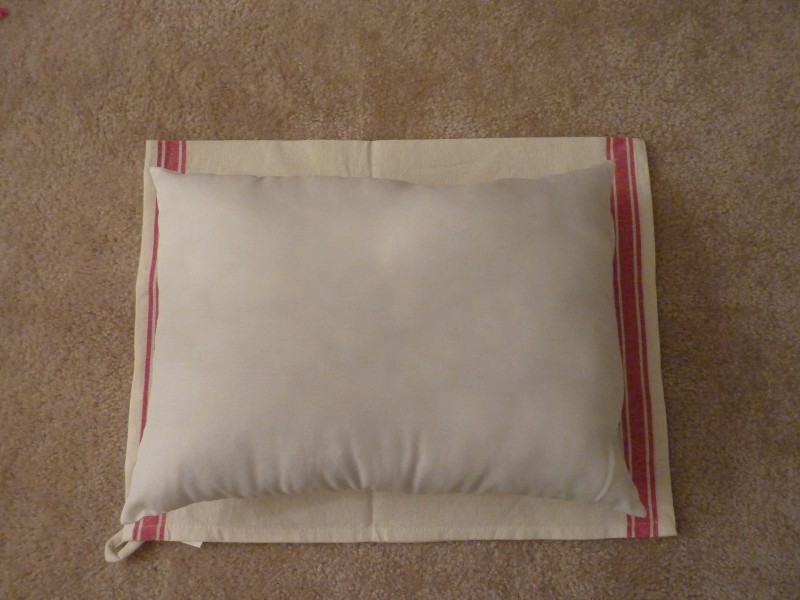 I know that is a bit tight on the 12″ side where we usually have an extra 8″ for the envelope. Since I had planned on using the sewing machine, I could go with the minimum seam allowance, 0.5″. 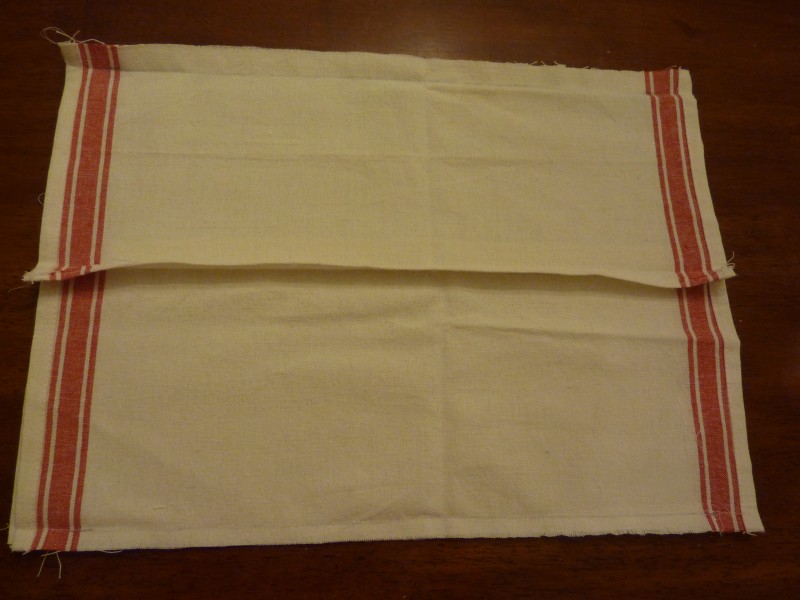 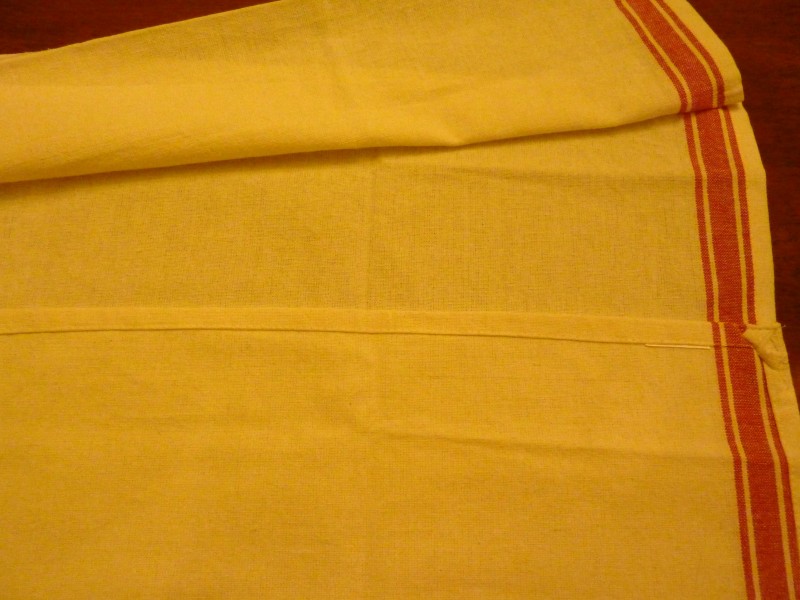 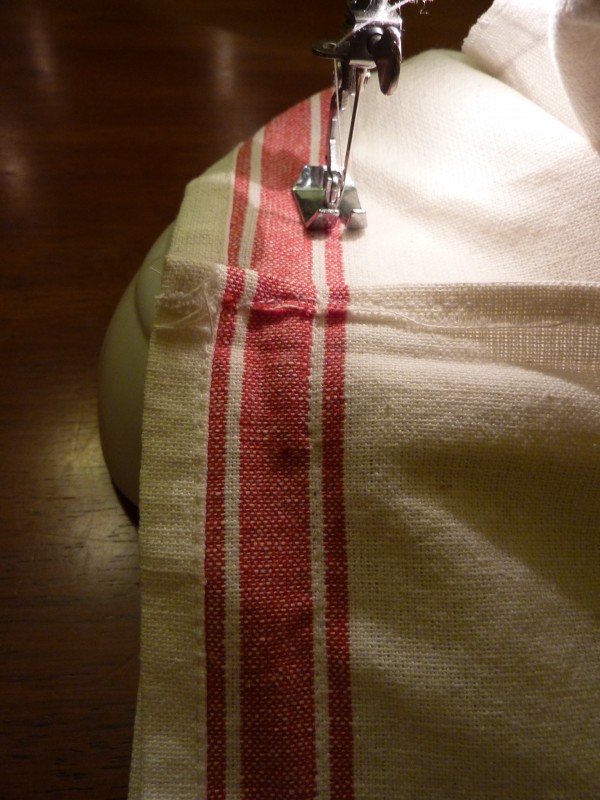 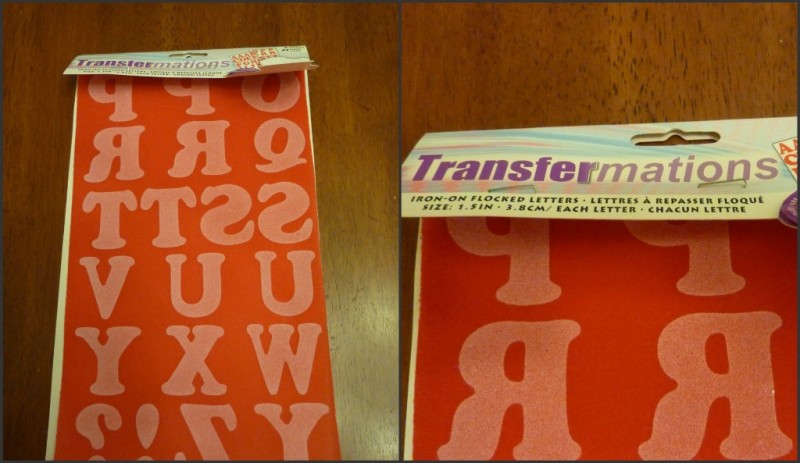 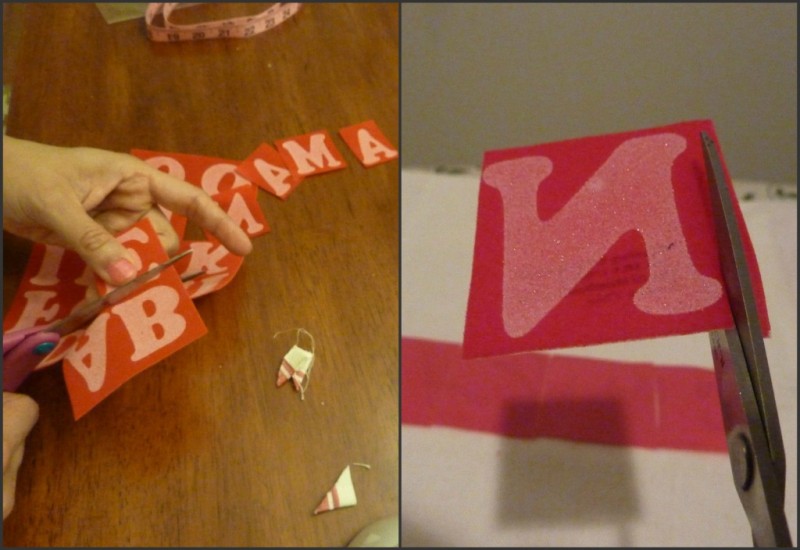 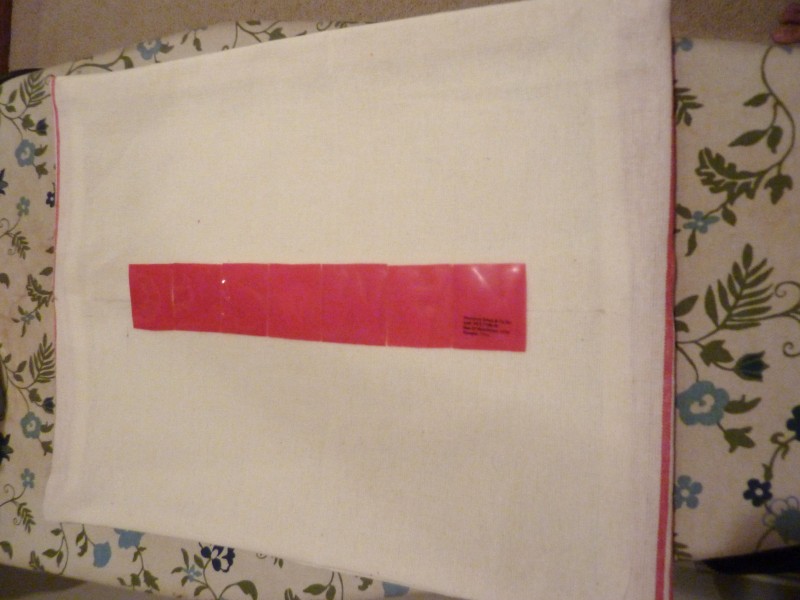 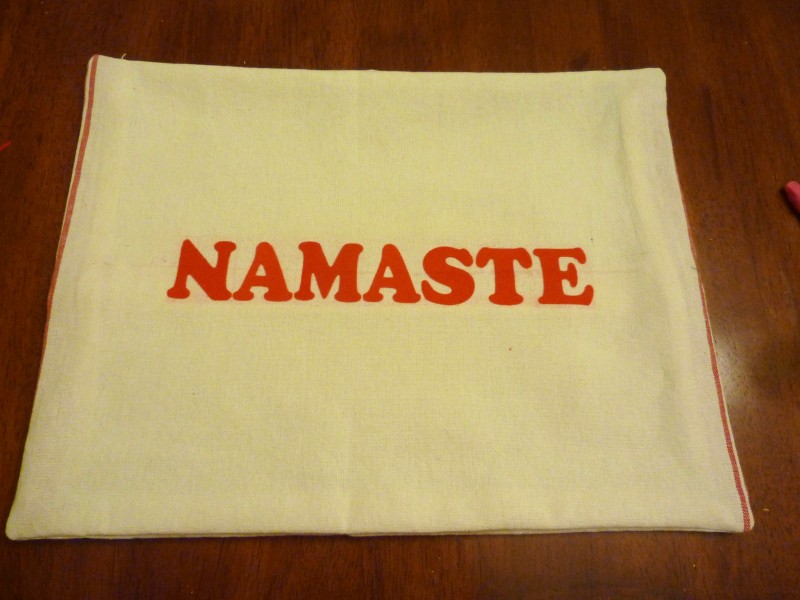 Quiz of the day: Did you notice something’s amiss?

After I downloaded the pics to my PC, I realized that I had placed the ‘N’ upside down. So, pay close attention to your letters when you lay them upside down.

PS: By the way the moorish beauty in the back is another one that I made. More on that here.

« Pinspiration – Simple Ideas that Rock
We Have A Winner! »