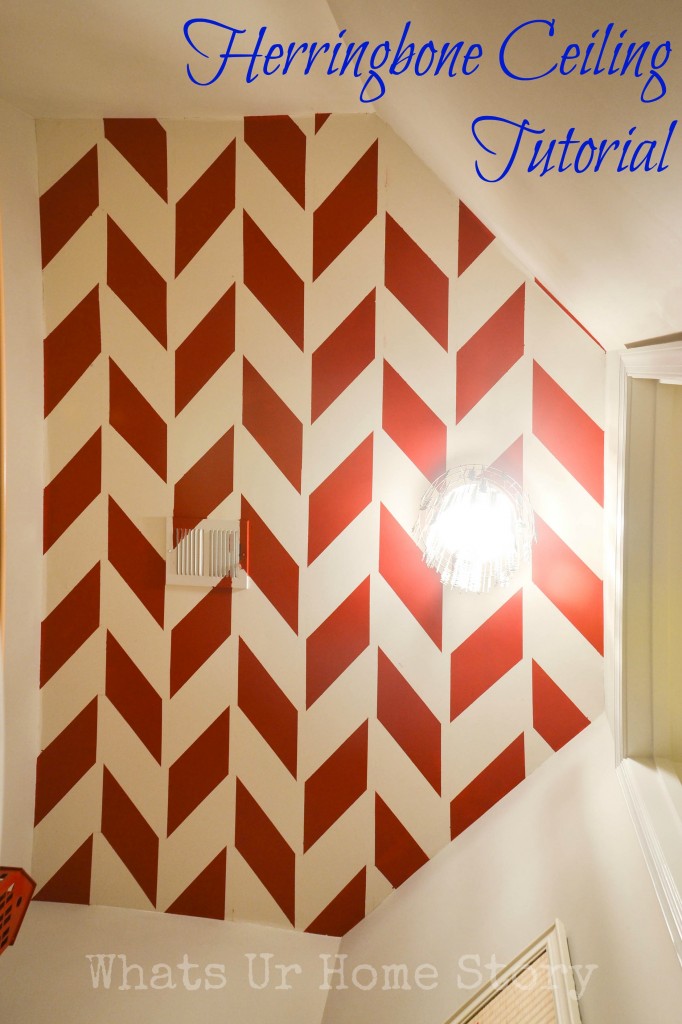 Ready for more Laundry room projects? I’ve the ceiling for ya today. My labor of love, the herringbone ceiling! 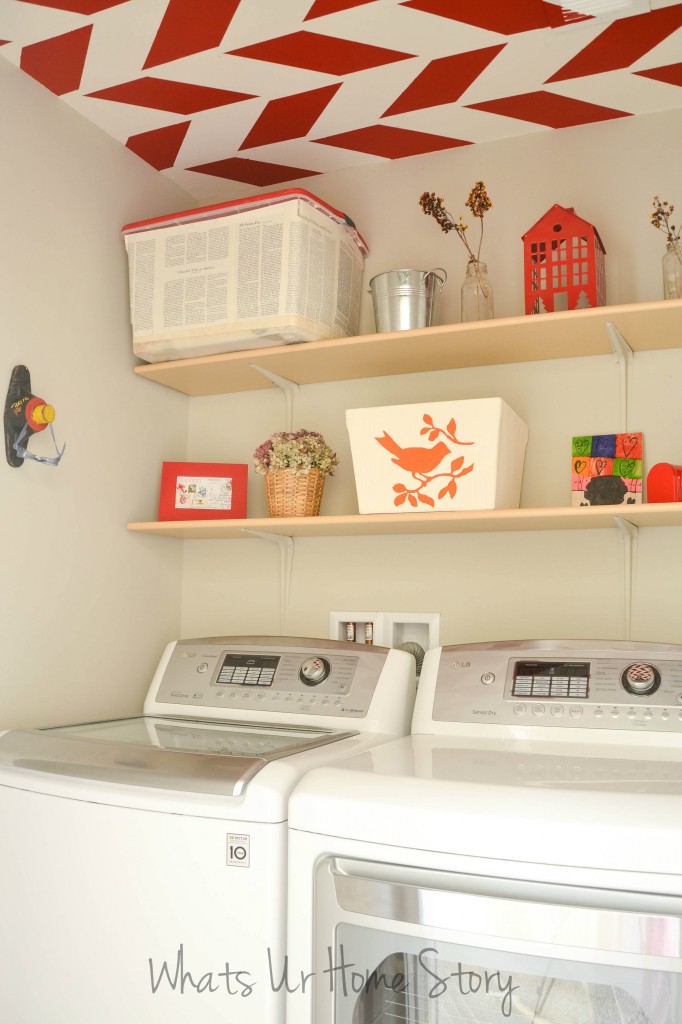 The idea was inspired from Vintage Revivals‘ hallway ceiling. I started out like she did, the old school way of marking the stripes and individual herringbone or parallelograms by hand. Soon realized that I was getting no where! That’s when B (ya, have to give him full credit for the idea) came up with a very simple and effective solution. Make a template and trace it onto the ceiling! Needless to say, the template speeded up the process significantly and I was done in half an hour (for half of that ceiling).

Just to give you an idea of the effort involved; 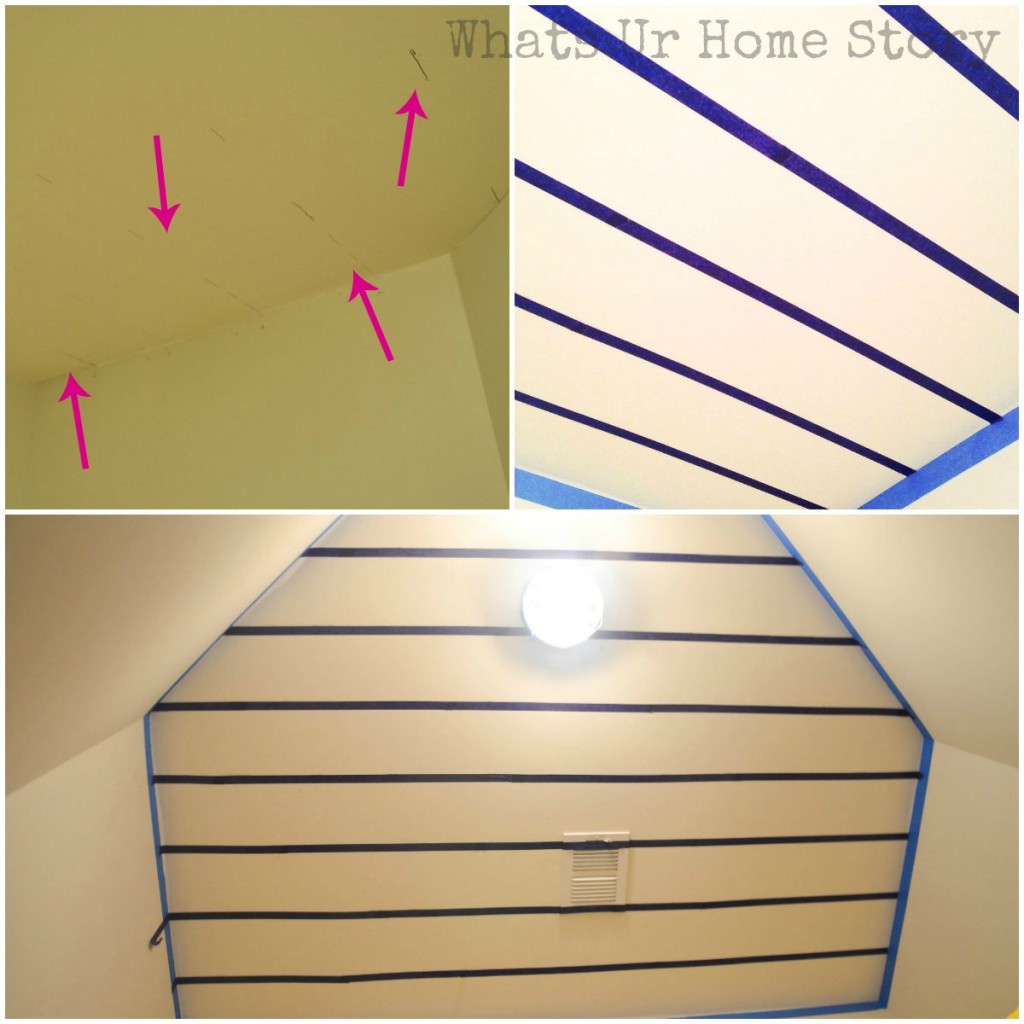 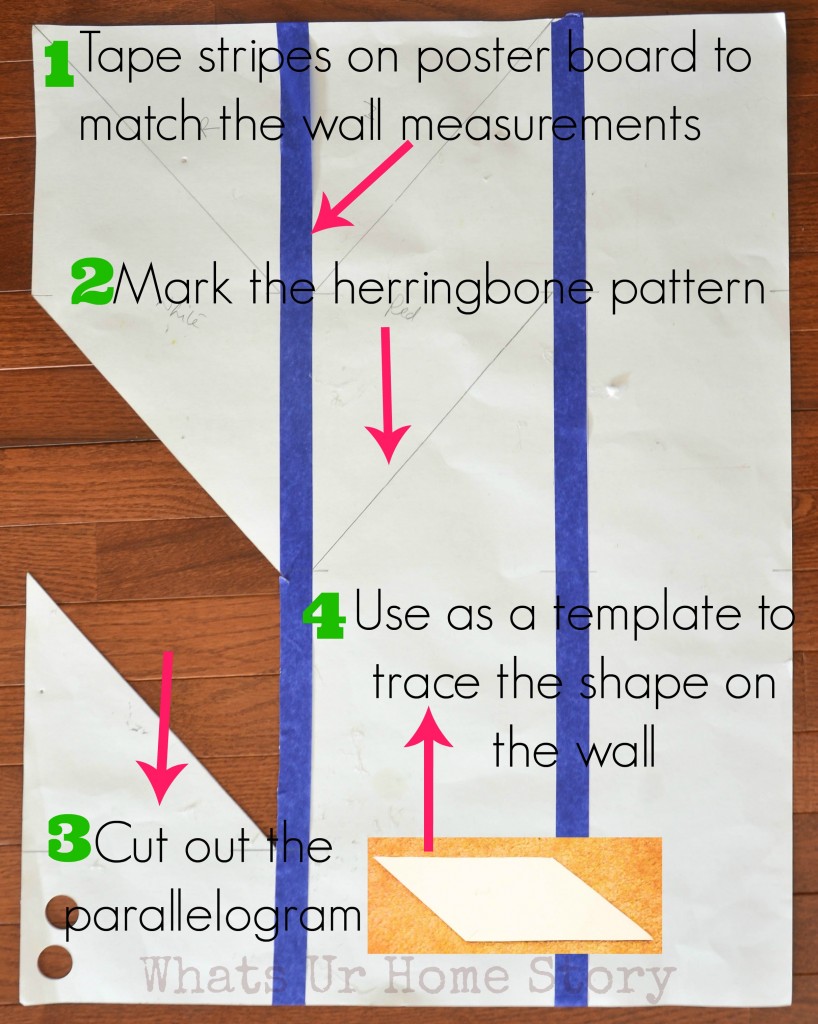 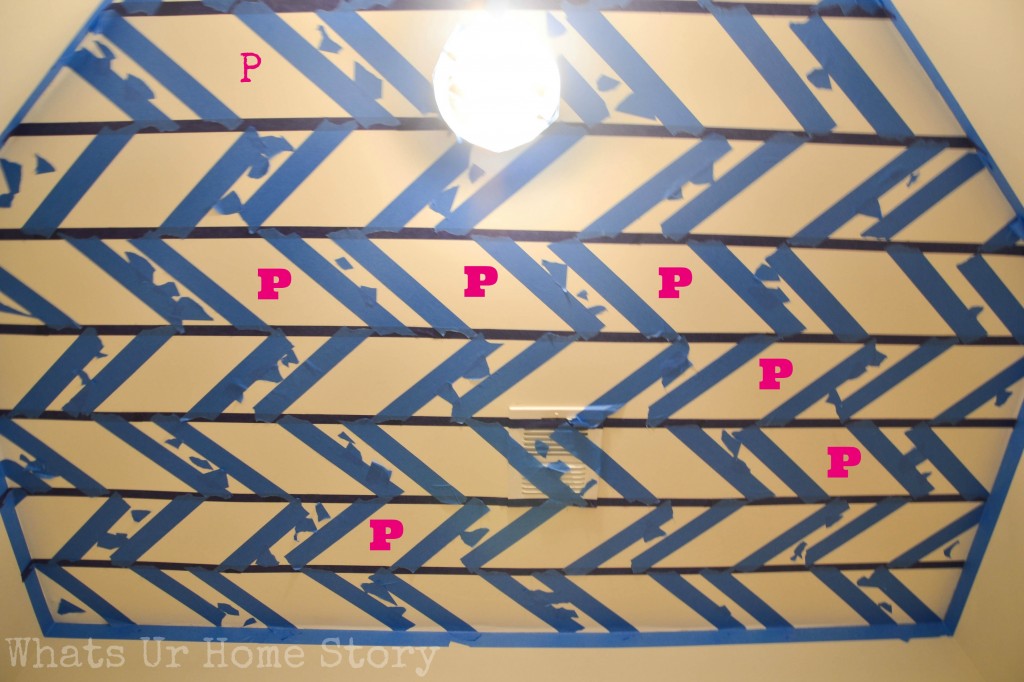 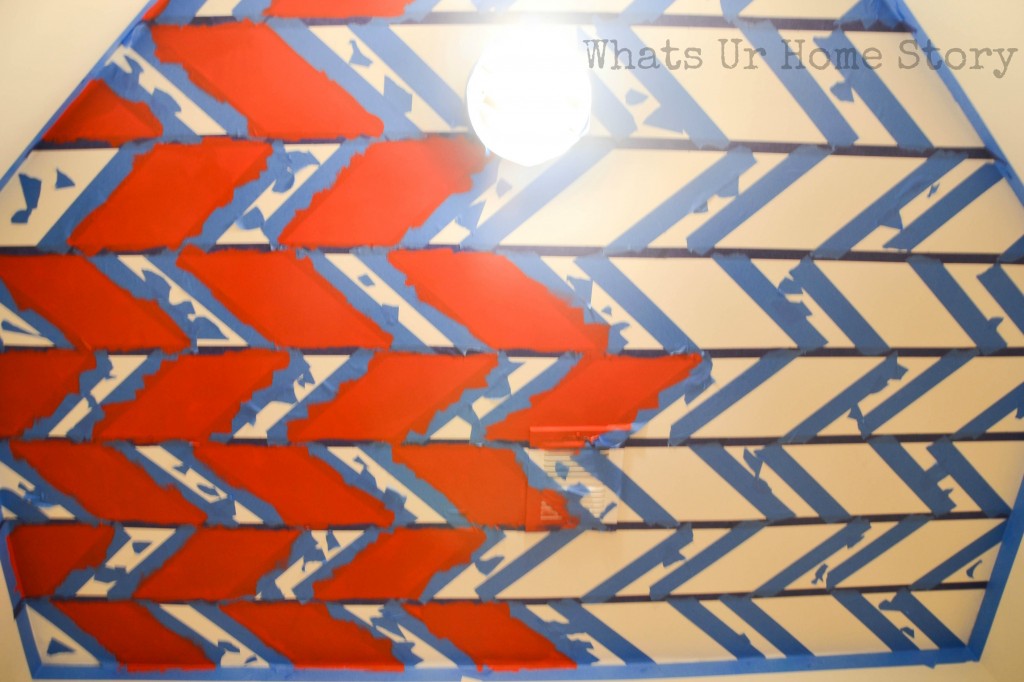 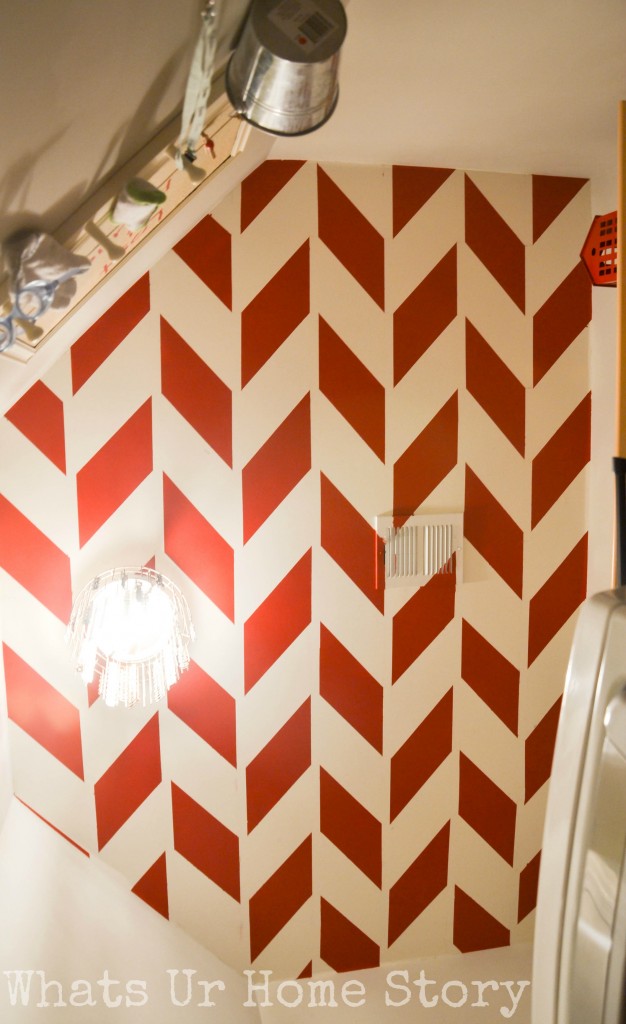 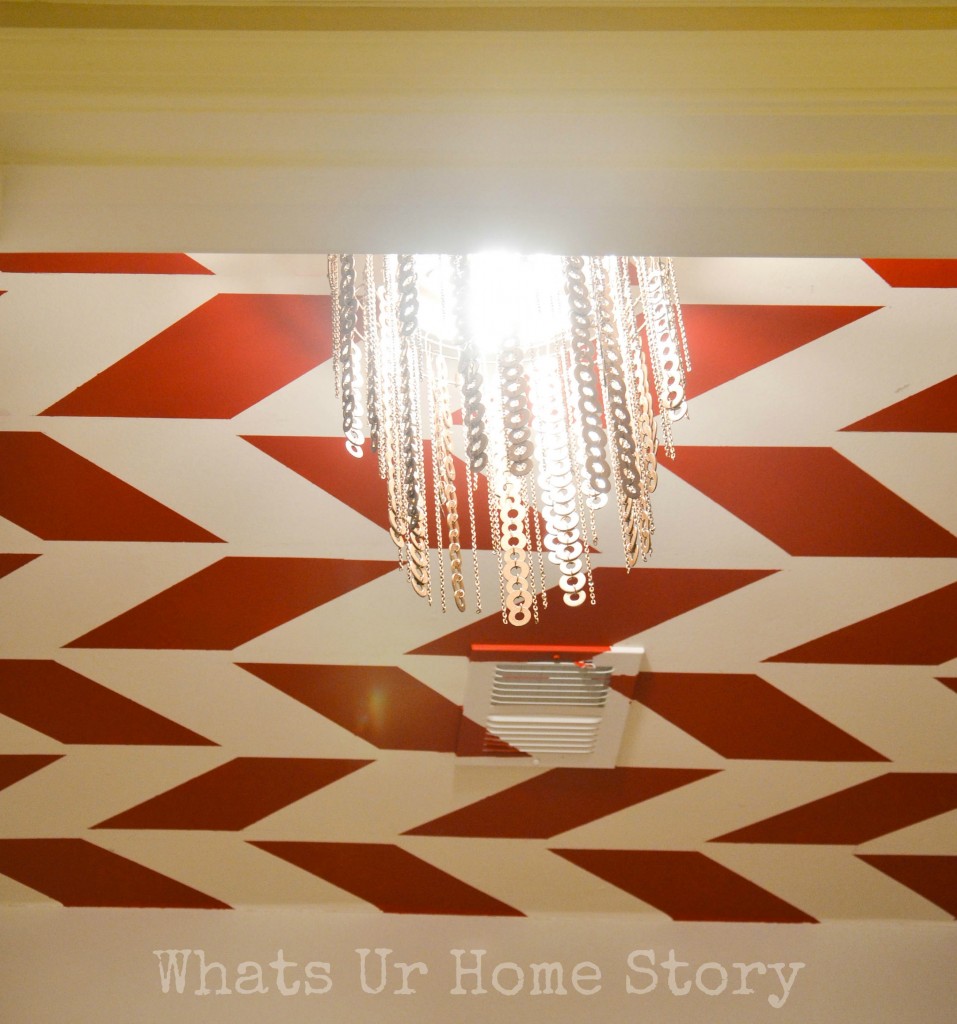 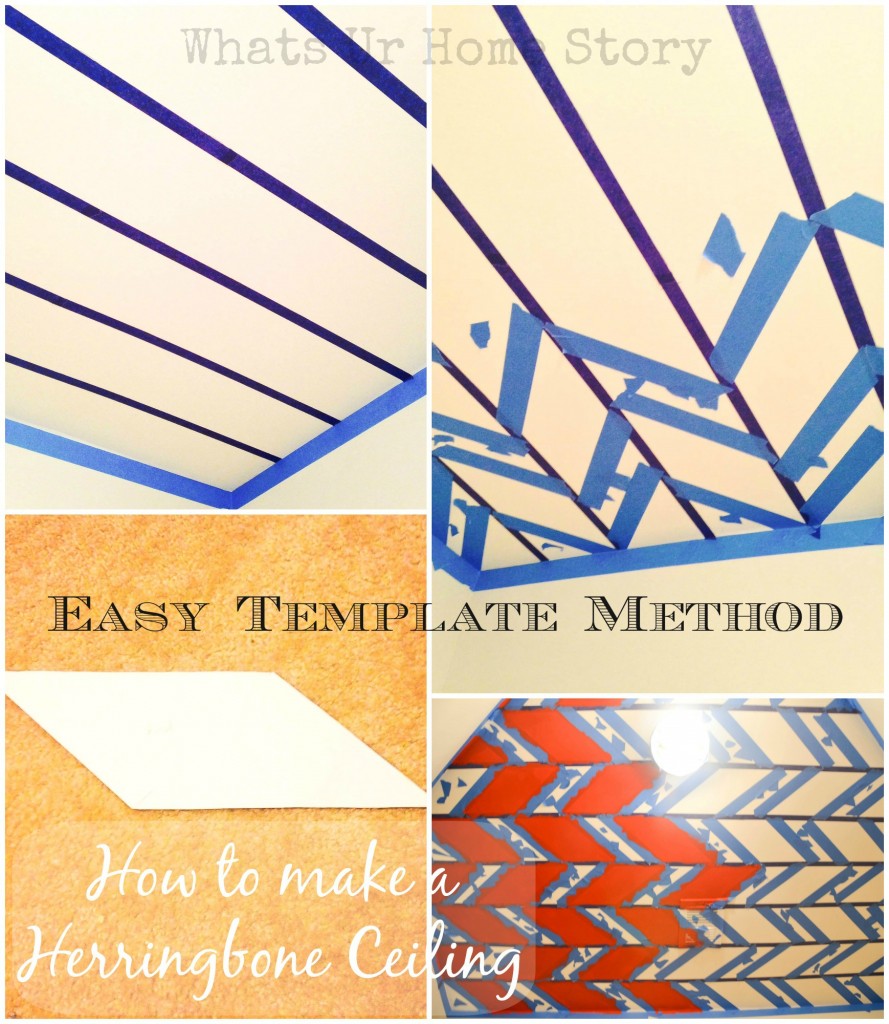 What are your thoughts on patterned ceilings?