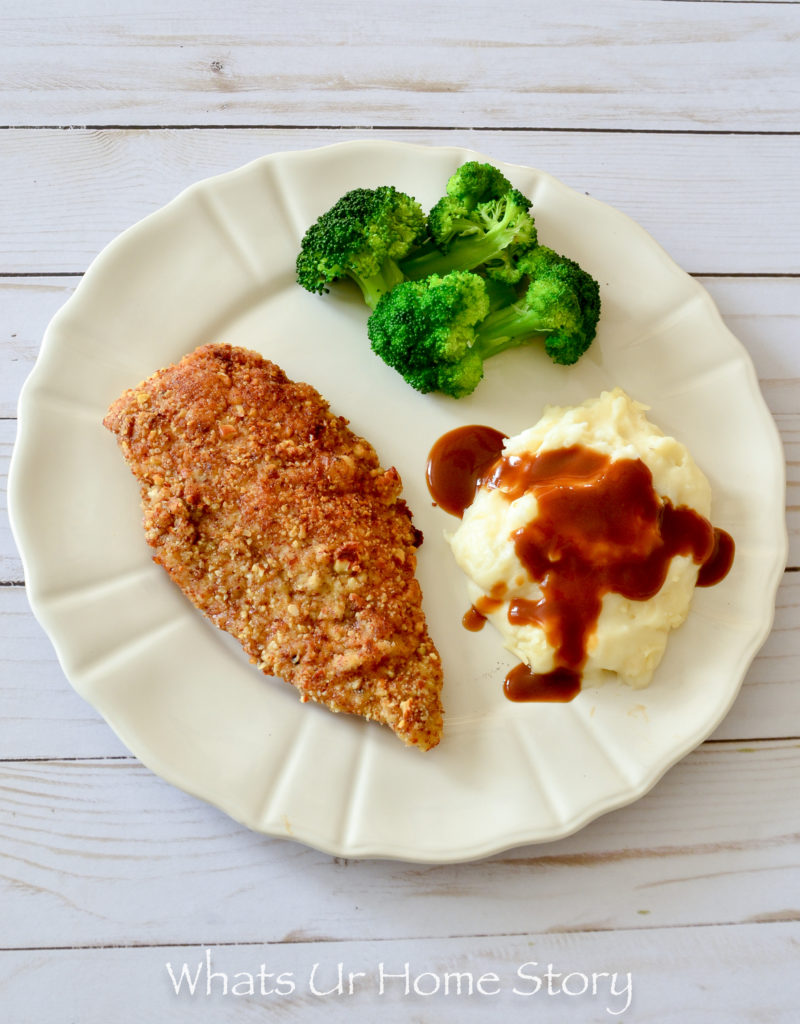 Have you ever tried recreating a recipe that you had at a restaurant at home? This almond crusted chicken started out as a pecan crusted trout that B had at a restaurant once. One night as I was mulling over what to make for dinner I thought why not recreate that dish? As it happened we were out of fish and all we had was chicken. No pecans either but loads of almonds. And thus this almond crusted chicken, my kids’ favorite dinner these days, was born. 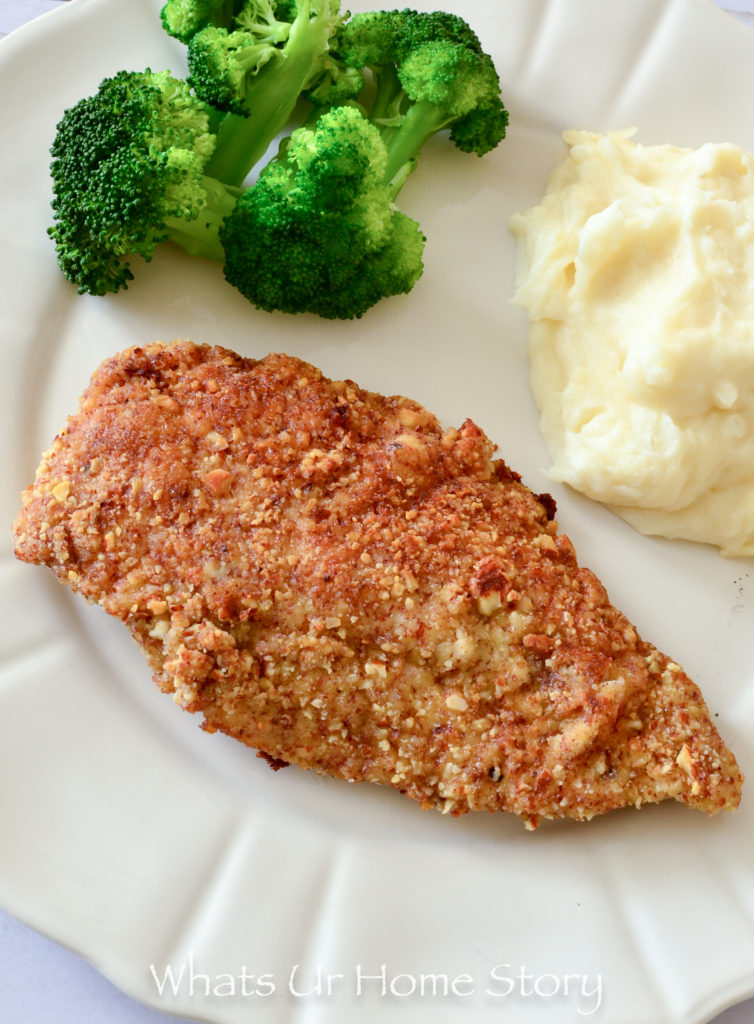 It is crunchy on the outside thanks to the almond coating and  perfectly juicy on the inside. The best part is it takes only half an hour to make. 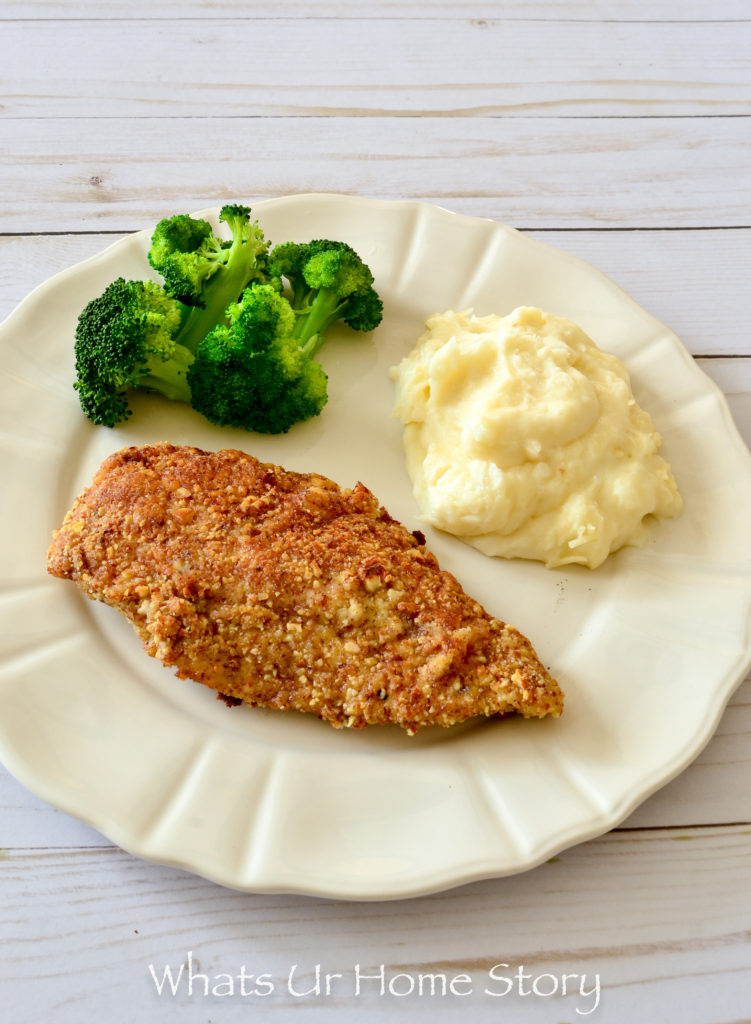 Couldn’t be any simpler either. I used a single chicken breast that I cut along the middle to make two cutlets. After marinating with salt and pepper, I dipped the chicken in an egg wash, followed by almond crumbs, and then lightly pan fried. 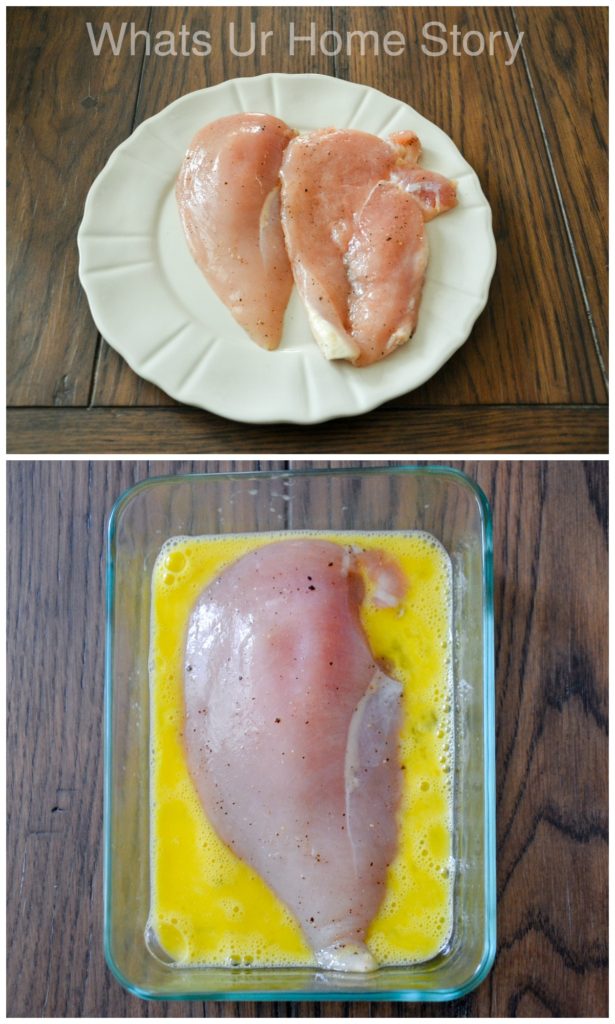 The most important thing to note is that you have to fry the chicken at a very low flame, covered. We are only using a little bit of oil so keeping the chicken covered ensures that it is cooked all the way through. 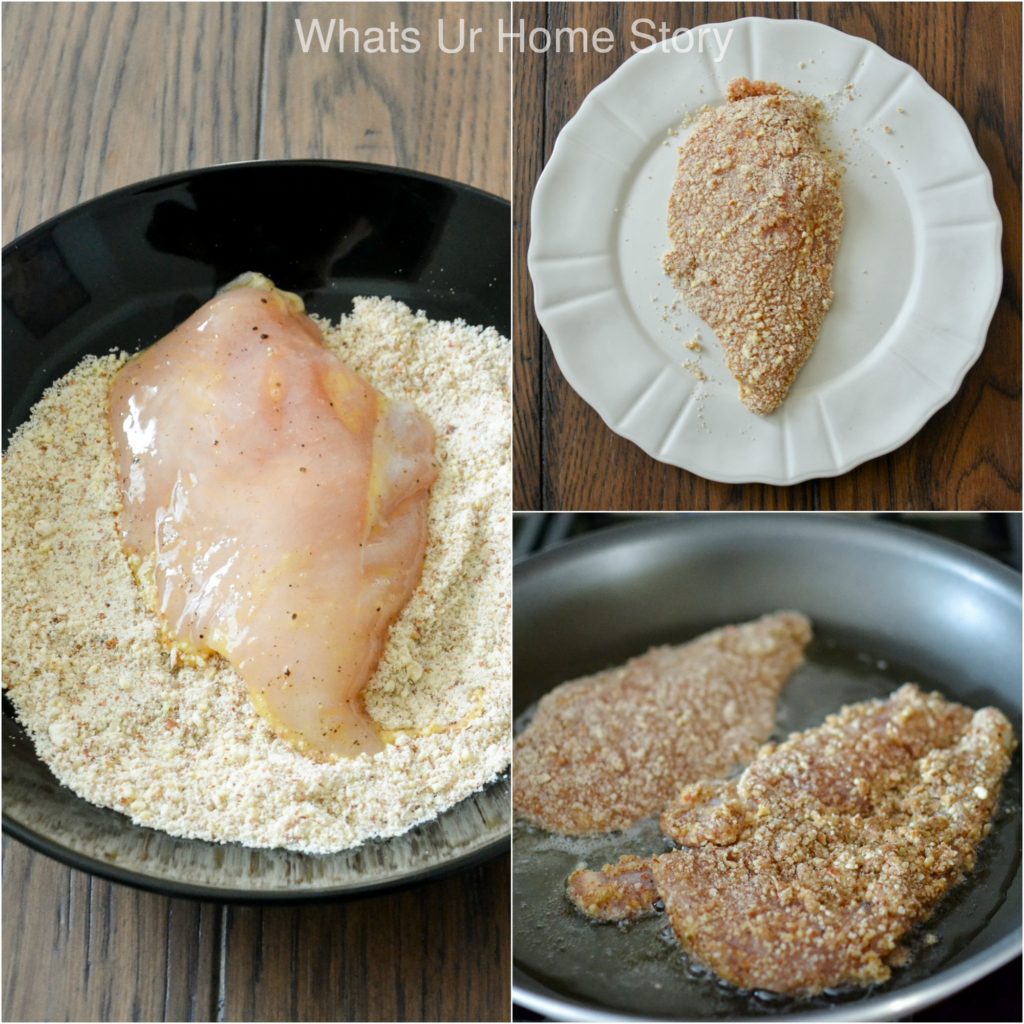 The recipe is also very versatile as you can change it up according to your taste by switching out the salt and pepper marinade with your favorite poultry seasoning or spices. 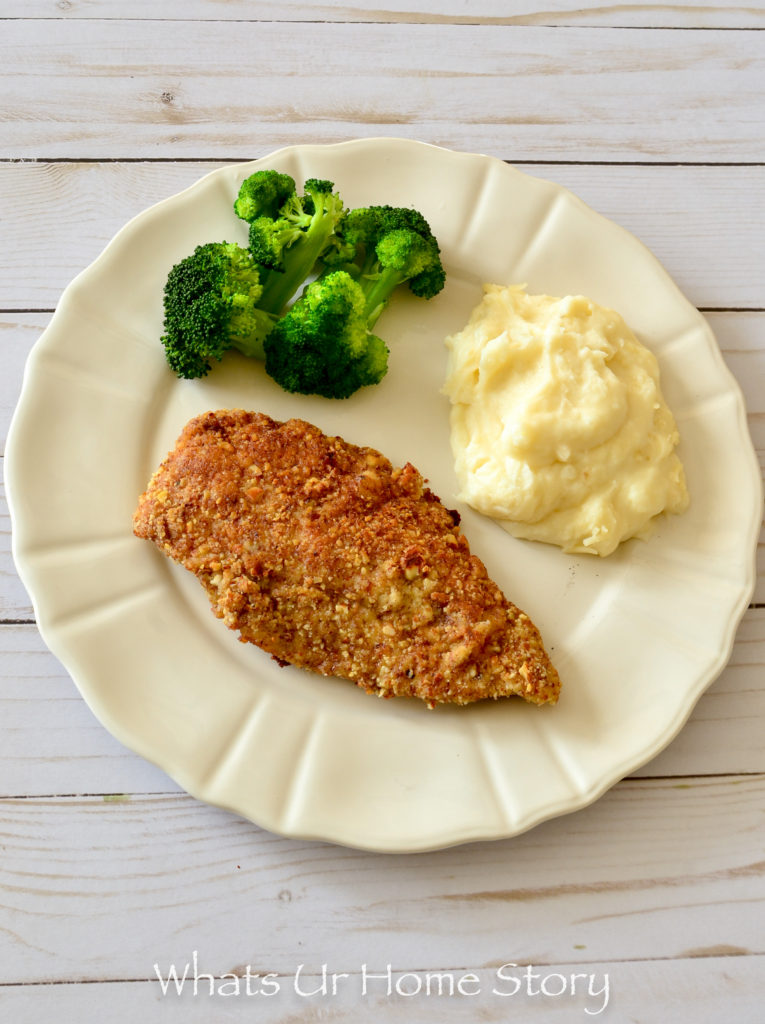 « How to Apply Gold Foil or Gold Leaf
The Easiest Patriotic Wreath There Is! »